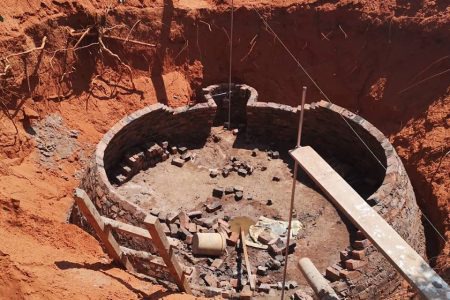 The Environmental Management Agency (EMA) is set to complete its biogas energy project by year-end after successfully setting up 10 of the targeted 14 bio-digesters across the country.

The initiative, which commenced in 2018 is part of the agency’s efforts to provide alternative energy sources for rural communities and mitigate ove-reliance on firewood leading to deforestation.

EMA’s Environmental Education and Publicity Manager, Amkela Sidange told 263Chat that the pilot programme mainly focused on boarding schools who had been identified as chief consumers of firewood.

“We rolled out the pilot exercise in boarding schools as mitigation to their high consumption of surrounding trees for firewood,” she said.

Biogas is an alternative to firewood thereby reducing deforestation. It mitigates against greenhouse emissions that cause global warming.

Two projects were commissioned in Mashonaland East, three apiece in Masvingo and Midlands, and one in Matebeleland South provinces.

Sidange expressed hope that other institutions will follow in line with the objective of preserving the country’s forests.

“Without disruptions, we are looking forward to completing the four remaining projects before end of year. It is also our greatest wish to see other institutions replicating this sustainable and environmentally friendly energy model,” said Sidange.

Biogas is an energy product derived from organic material such as animal dung that is decomposed in the absence of oxygen making a mixture that is mainly made up of methane (gas). The gas can be used directly for cooking and lighting or for generating electricity

About 70 % of the country’s 15 million people live in rural areas and are dependent on fuel wood as their principal source of energy.

EMA says that 50 million trees are disappearing from the country’s forests every year.

The initiative is demonstrating how decentralized biogas digesters can provide clean, reliable and alternative energy to marginalised rural communities and contribute towards reducing deforestation while improving livelihoods through agricultural production from biogas substrate.

According to the International Renewable Energy Agency (IRENA), Zimbabwe is sitting on a potential 1,000 Megawatts from biomass in the form of bagasse, agricultural and municipal waste, forest residue and other forms.