Nigerian man arrested for transporting drugs in a dead body 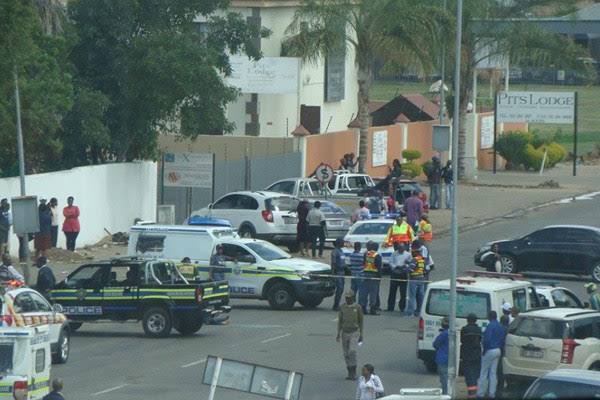 View pictures in App save up to 80% data. A 41year old nigerian was arrested this morning on the N1, 8 kilometres away front Polokwane. The police were conducting patrols when they busted the suspect.

The suspect was caught in possession of drugs estimated at a street value of 4.5 million rands. The man used a casket and a dead body to cover the drugs. Inside tge casket there was a dead body and underneath the body that where the drugs were found.

Last week the dead girl was reported missing in Pretoria by the same men who was transporting the drugs. Police in Pretoria were still searching for a missing person when they were notified by their colleagues about the arrest of the nigeria man.

The girl is a South African and from Polokwane. It is alleged that the man would then dump the body in Polokwane after delivering the drugs.

Police have confirmed that the arrested was in the country illegally and had fake documentation. The hearse which he was driving was also hijacked in Mamelodi east Pretoria yesterday.

The man will appear in court tomorrow for bail hearing. Police confirmed that the famy of the dead girl are yet to be notified and they will be notified as soon as the results of the postmortem are available.

Content created and supplied by Mbhonintivo.Opera News is a free to use platform and the views and opinions expressed herein are solely those of the author and do not represent, reflect or express the views of Opera News. Any/all written content and images displayed are provided by the blogger/author, appear herein as submitted by the blogger/author and are unedited by Opera News. Opera News does not consent to nor does it condone the posting of any content that violates the rights (including the copyrights) of any third party, nor content that may malign, inter alia, any religion, ethnic group, organization, gender, company, or individual. Opera News furthermore does not condone the use of our platform for the purposes encouraging/endorsing hate speech, violation of human rights and/or utterances of a defamatory nature. If the content contained herein violates any of your rights, including those of copyright, and/or violates any the above mentioned factors, you are requested to immediately notify us using via the following email address [email protected] and/or report the article using the available reporting functionality built into our Platform. Read more>>