'He must also sue you": Mzansi defends AKA against a malicious tweet caption 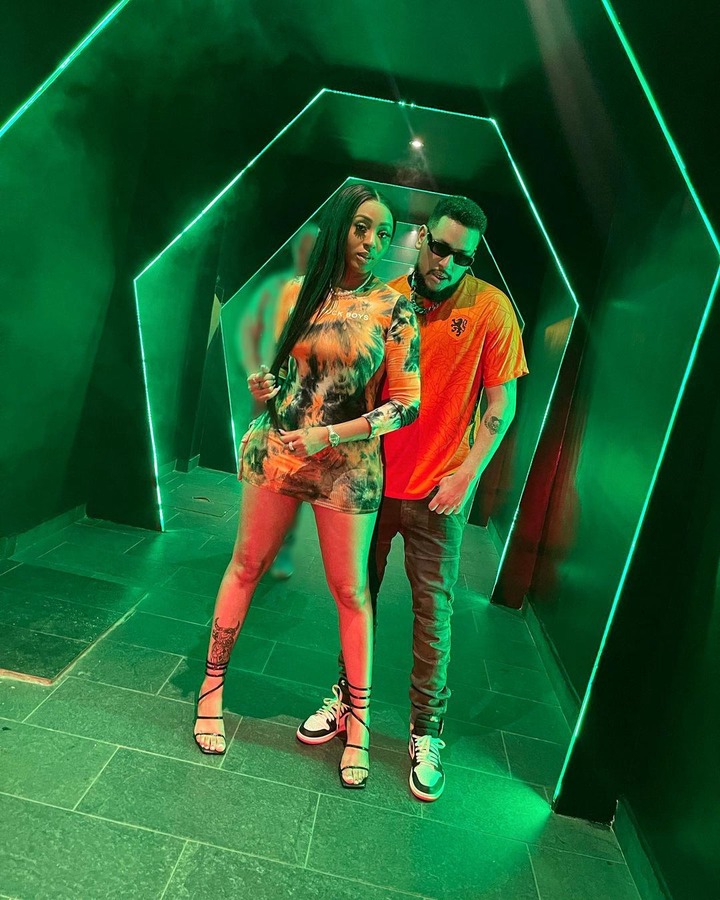 In the tweet, Musa Khawula, who is known for delivering South African pop culture news on everyone's timeline, posted a Nadia Nakai and AKA video with a questionable caption.

The caption is as follows:

"Nadia Nakai last night with her boyfriend whose fiancee died under mysterious conditions in Cape Town a lil over a year ago." 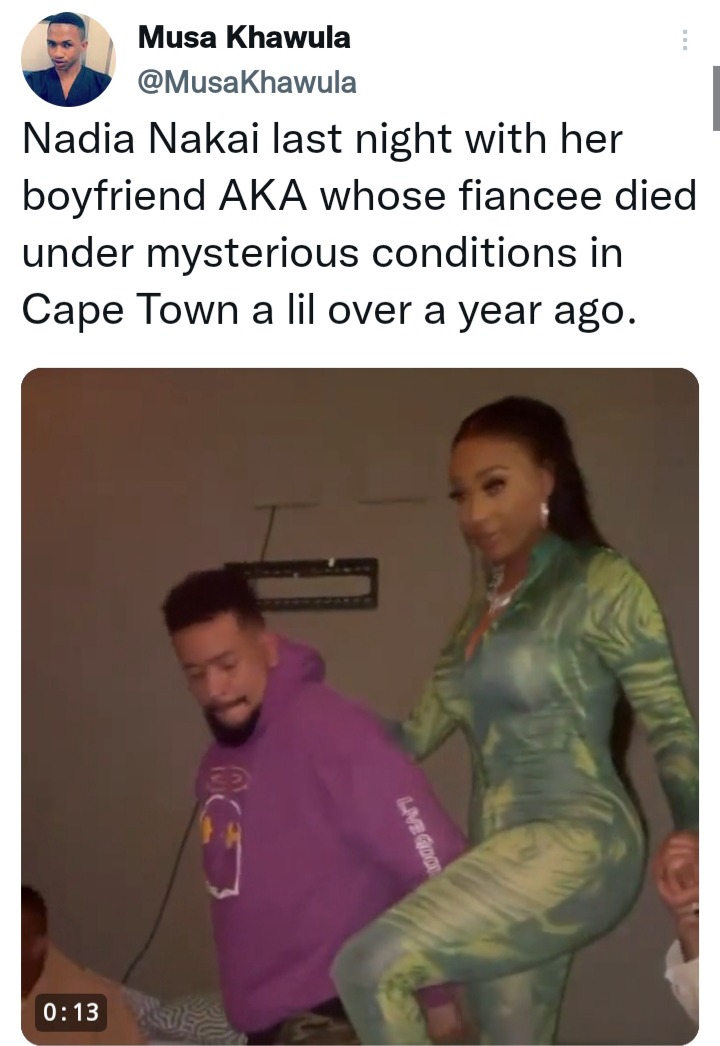 Due to the nature of the video, some people thought the caption was a little disrespectful and unnecessary.

Some warned the user that the case was investigated and that he may land himself a lawsuit if he isn't careful. 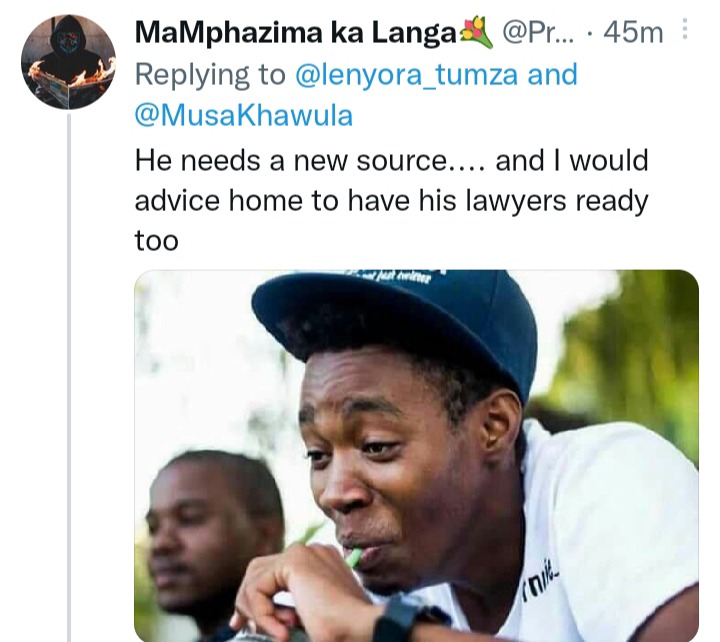 AKA recently sued the Daily Sun for nearly a million rand after the newspaper published an article accusing him of gender-based violence.

According to the publication, AKA assaulted Nadia in Ghana, where they were scheduled to perform. They further stated that this happened in front of everyone during an afterparty and that it also happened late at the hotel they were staying at.

This is not the first time AKA has made the news about gender violence. There were suspicions of abuse in his relationship with his late fiancee, Nelli Tembe, who died last year after falling from a hotel in Cape Town.

AKA was suspected to have been abusive to her after a video that looked rather questionable with pictures was going around social media.

“I would never abuse Anele. I treated her like gold, she was my everything,” said the rapper refuting the claims shortly after Tembe died.

Past suspicions of AKA being an abuser have also followed him in his new relationship with Nadia.

However, AKA and Nadia issued a statement claiming that there was no abuse in their relationship and that everything reported in the media was false.

The two looked happy in the video that was posted by Musa Khawula as they were touchy and hanging out with friends.