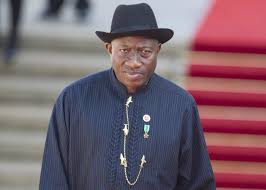 I beg to disagree with the position of a former Minister who supervised the Federal Ministry of Culture and Tourism, and subsequently that of Aviation in the Obasanjo administration, Chief Femi Fani Kayode, who has a worrying tendency within him that always tends to push him into attempting to change historical narratives around almost every consequential topical discuss in Nigeria.

This time, he has forwarded an unacceptable narrative around the true reason why former President Goodluck Jonathan lost his bid to return to the Aso Rock Villa as the President of the Federal Republic in 2015.

Reacting to a recent visit to the former President by the Head of the National Reconciliation Committee of Nigeria's main opposition party, the Peoples Democratic Party (PDP), and former Nigeria's Senate President, Dr. Olubukola Olusola Saraki, Chief Femi Fani Kayode, again brewed a strange and a narrowminded submission alluding that 2015 loss of former President Jonathan to the betrayal of the former Governor of Kwara State, who, at the time of Jonathan's loss at that election, was only a floor member-Senator who chaired the Senate Committee on Environment as at then. What powers could he have welded or muzzled at that time, that would be enough to effect such overrated goal? 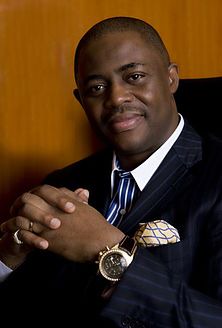 Chief Femi Fani Kayode, who ran the presidential campaign media secretariat for the former President, likely in his attempt to frown at the possible truncation of the outcome of the pressure on the former President to defect to the ruling All Progressive Congress (APC), as it has been longed rumoured, is clearly scared of the overall failure of his permutation of a mass movement of PDP members into the APC. After all, Senator Saraki's visit came after his own (FFK) visit to the former President. Should he see himself as the only bonafide PDP member accepted to visit Dr Jonathan? I permit everyone to wonder at him.

Assuming it is true that Dr Saraki was responsible for President Jonathan's loss in the 2015 president election, was that not about 6 years ago, is it not a blackmail to suggest that nothing has changed in the politics of this country since then? Something is driving FFK around which is other than excellent reasoning. Must he always fight the cause he enjoys basking in when another pursues same? I have never known a more selfish homosapien like Chief Femi Fani Kayode. He is always the right guy in his own eyes. 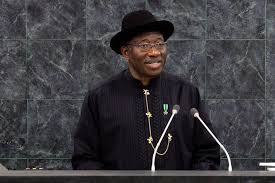 Herelies the pathetic hypocrisy of Chief Fani Kayode, and the uncovering of his blackmail against Dr Bukola Saraki. If it is true that politics is a game of interests where there are no permanent friends and no permanent enemy but of personal or collective interests, why should it be a problem for Chief Fani Kayode to appreciate this truth, especially as one who is guiltier than Dr Saraki in the mastery of the game of betrayal and political deceit.

The saying "Yoruba ronu!" had his own father's input to why this saying evolved among the Yoruba people. Would the pot be justified in accusing the kettle for being black?

For the young men who have no access to that history: in our First Republic, Western Nigeria, as the entire South West Migeria was known and called as at then, we had our first politically motivated and deadly riots in Nigeira, which consumed the entire Western Nigeria, was labelled "the wild wild west". Chief Remilekun Fani Kayode, FFK's father, a brilliant lawyer, was indicted as selling off Pa Obafemi Jeremiah Awolowo, the leader of Western Nigeria as at then to local interests outside the South West.

Indeed, a kid will always grow up to become a goat. A son must always grow up to be like his father: except he encounters divine transformation, and he is set free from all inherited encumberances and tendencies in deficit of moral premium and capital.

Let me accept that Chief Femi Fani Kayode suffers selective amnesia, and in pursuit of a sound Nigeria political conscience, being her moral agent, let me assume his ignorance and help his misunderstanding: President Goodluck Jonathan lost the 2015 Presidential election for allowing his domestic appendage prominent and unconstitutional interference in governance at executive and party levels. 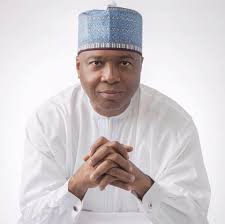 President Jonathan was actually betrayed by Northern Governors who were members of his party, and not by Dr Bukola Saraki, although Dr Saraki was the godfather of the Chairman of the Nigerian Governors Forum at that time: that godfatherism was limited to the 2 friends only. Both former Governors of Katsina and Bauchi States, Ibrahim Shema and Isa Yuguda, in whose States Dr Jonathan was stoned, have both remained members of the PDP till today. How could it have been Dr Saraki who defected to the Hurricane APC that was positioned to sweep away the PDP from the Aso Rock Villa?

High Chief Kayode never needed to fear that Dr Bukola Saraki would win over him in their separate meetings with the former President. No need, indeed!

Content created and supplied by IniMorgan.Opera News is a free to use platform and the views and opinions expressed herein are solely those of the author and do not represent, reflect or express the views of Opera News. Any/all written content and images displayed are provided by the blogger/author, appear herein as submitted by the blogger/author and are unedited by Opera News. Opera News does not consent to nor does it condone the posting of any content that violates the rights (including the copyrights) of any third party, nor content that may malign, inter alia, any religion, ethnic group, organization, gender, company, or individual. Opera News furthermore does not condone the use of our platform for the purposes encouraging/endorsing hate speech, violation of human rights and/or utterances of a defamatory nature. If the content contained herein violates any of your rights, including those of copyright, and/or violates any the above mentioned factors, you are requested to immediately notify us using via the following email address [email protected] and/or report the article using the available reporting functionality built into our Platform. Read more>>