10 Simple reasons why i cannot go back to Christianity – Fatimah O. Victoria 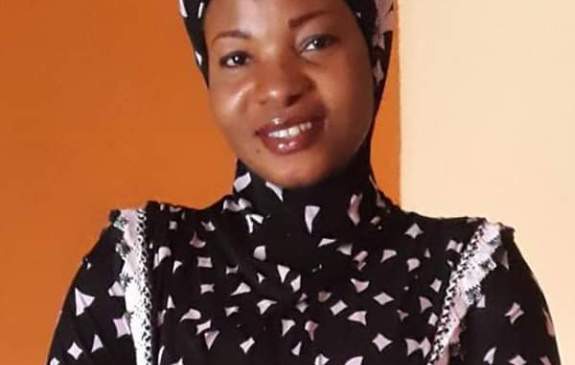 Fatimah O. Victoria a Nigeria christian Lady who reverts to Islam years ago write on why she cannot go back to Christianity .

“1) Christians themselves confess that they don’t fully understand their beliefs. it’s a mystery. So i can’t go back to it! It’s a confusion. Especially when they try to teach trinity they end up in dilemma. Saying you Can’t understand, you need holyspirit. While they with holyspirit also don’t understand.

2) Christianity does not go together with natural common sense of a man.

Our brains are useless in Christianity hence many westerners turned to atheist. God gave us brain to use in defining matters. But Christian’s have renounced use of common sense.

For example:- how can they call someone who said my teaching is not mine it comes from the one who sent me as God? John 7:16.

Jesus said am a man who tell you what I hear from God(john 8:40). .this is equitable to our natural sense that jesus is a man. Sent by God. A messenger. But they refuse to admit that.

1 John 4:12 says no one has ever seen God at any time. But Christians call Jesus as God who was seen (this is against our brains)

So I can’t go back to Christianity.

3) Christianity work against Jesus (pbuh) own words. Jesus words become useless. If they are useful ….they seek Paul to ruin Jesus words.

For example: Jesus said laws must be followed. Mathew 5:19

Christians renounce that with pauline doctrine of lawlessness. So I can’t go back to Christianity.

4) Christianity doctrine does not only work against Jesus pbuh. But work against entire of prophets teachings . All prophets preach that no one can die for sins of others. God is absolutely ONE. Yet Christianity belief to the opposite of biblical teaching.

So I can’t go back to Christianity

5) all Christians claim to be guided by the holyspirit but they are heavily divided in churches. Interpretation. And faith. So this is unforgivable sins in the bible. They play with holy Spirit.so I can’t go back to it.

6) Christianity work together with satan and evil men. That to say Christianity celebrates crucifixion of innocent man. Yet it is satan who inspired Judas. Luke 22:3.

And it is evil men who planned to kill Jesus. (Mathew 26:3-5). Despite that the bible say in Hebrew that Jesus CHRIS was not crucified but saved from death by God.

Human sacrifice is forbiden anywhere in the bible. Deautronomy 12:30-31.

It is forbidden filthy practice yet Christianity belief that God did the same evil practices.

Christianity belief God was in the womb of a woman. Was born took breast fed. Defecated. Changed napkins. Taken by satan. Cried and died naked.

How can I go back to such faith?. With a belief that even a small child can grade it as a blasphemous nonsense.

9) Christianity rejected laws of God…yet they are the first people to follow the law made by men.

How can I go back to such faith? That glorify ruling of men than God???.

10) All what Christians know is to insult and mock Muslims and create lies against Islam.

How can I go back to that faith….that is on rampage to degrade other faith with lies.?

LAST BUT NOT LEAST

Christians reject Arabic language and don’t recognize Arabic at all.

Hence you will find them saying Allah is not God.

Yet their Christian’s Arabic counterparts and Arabic bible use the same Allah for God.

How can I go back to such faith of ignorance???. Where ignorance is the order of the day.

Where the one with bad mouth is seen as a scholar?

Where fake prophets scorn their money on the daylight.?

Where its followers are desperate for miracles?

Where laws of God are useless?

Where all prophets are despised as sinners?

So how can God sent sinners to guide us?

(6:111) Even if We had sent angels down to them and the dead had spoken to them, and even if We had assembled before them all the things, face to face, they would still not believe unless it be Allah’s will that they believe. Most of them behave in utter ignorance.

A faction of the people of the Scripture wish they could mislead you. But they do not mislead except themselves, and they perceive [it] not.

(6:125) Thus, (it is a fact that) whomsoever Allah wills to guide, He opens his breast for Islam;and whomsoever He wills to let go astray, He causes his breast to become strait and constricted, as if he were climbing towards the heaven. Thus Allah lays the abomination (of flight from and hatred of Islam) on those who do not believe

(To open someone’s breast to Islam’ means to make him feel fully convinced of the truth of Islam and to remove all his doubts, hesitations and reluctance.)

(6:126) even though this way is the straight way of your Lord, and We have distinguished its signs to those who heed to admonition.

(6:127) Theirs shall be an abode of peace with their Lord – their Protector – in recompense for all they have done.

93 The righteous will enjoy ‘the Abode of Peace’ since there he will be safe from every misfortune and evil.

ISLAM IS THE ONLY TRUE RELIGION FROM ALLAH THE TRUE GOD.

I AM SO HAPPY NOW THAT AM A MUSLIM .

Mean while, we find out later that Fatimah O. Victoria's background is Islam before she claim she convert to Christian then. Most times people are attention seekers.