It was indeed a sad moment for the entire world as the corona virus confirmed cases hit over a million in the last few days, this has caused great concerns on the part of everyone alive at the moment as the virus affects virtually everyone. Photo - (People walking on the street with face mask)

It is not business as usual for many rich individuals in Nigeria, as well as, developed nations of the world as many rich individuals have contracted the deadly virus. Some of the wealthy individuals who have the money to fly abroad for first-class treatment now see their wealth as useless as the virus has proved almost impossible to cures and loads of foreign trips have been suspended at the moment.

World scientists have been working assiduously and are still working hard to find a permanent cure to the deadly virus which broke out in a small city of Wuhan in China sometimes in October 2019 but became a serious problem by December 2019, hence its short acronym Corona Virus December 2019 (COVID-19).

However, one unique thing about the virus is that it does not affect a set people alone, it affects both children and adults, it affects both rich and poor and nobody is exempted from the scourge.

So far in Nigeria, those who have been tested and confirmed are the notable individuals in the country and the names that ring a bell in the ears of an average Nigerian. For instance, governors ministers, law makers, and even popular music artistes and their close partners have been announced to have tested positive to the virus which proved that the rich also cry. 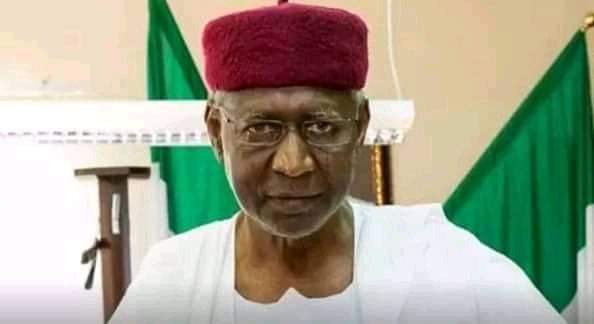 Photo - ( Chief of Staff to the President of Nigeria, Abba Kyari )

Prior to the spread of the virus across the globe, it was perceived as the problems of China. No wonder the President of United States of America (USA), Donald Trump referred to it (COVID-19) as the Chinese virus, however the virus has gone beyond the problems of China and have become a global pandemic as announced by United Nation's World Health Organization (WHO).

Giving the current narratives and the rate at which the pandemic is spreading in Nigeria and other nations of the world both developed, developing and underdeveloped, there is need for serious plan and the execution of the same by the government to avoid an enormous loss of lives.

Since the rich are also a pertaker of the scourge the best we can hope for is a quick discovery of the permanent cure for this global problem. The rich can easily make their money work for them and ensure that scientists work round the clock to make the unthinkable happen. And as Nigerians also, the best we can do to help each other is to stay safe and obey simple instructions issued by the government to ensure our safety and protect ourselves from this pandemic.

With all hands on deck, Nigeria will prevent the continuous spread of the pandemic and peace will be restored to our society and the world will get back on her feet and everyone will have their lives back once again.

Let's all maintain proper hygiene, following the prescribed caution of washing our hands often with soap and water for more than 20seconds and cover our nose with a face mask, and observe social distancing. Avoid handshakes, hugs and close contact with any and everyone at this moment and most importantly stay safe for yourself and your loved ones.