Just Few days after Netflix, an online movie streaming channel announced the new movie "Gay Jesus" uploaded on the platform; the movie has met several criticisms, both from Netflix users, clergy men, and even social commentators. There have been several comments that trailed the announcement of the new comic movie which is said to portray the Jesus (Supreme Being of the Christian religion) as gay. Many concluded it is indeed an aberration and a sheer insult on the Christian religion and that the movie should be immediately taken down, while others believed it is just a representation of reality like in any other movie.

Notable Nigerian pastor, Apostle Johnson Suleman who advised Christians to immediately delete the Netflix app both on their phones, tablets, laptop and any other electronic gadgets that might have the application installed on it. He also urged as many Christians as possible to stop following the movie channel. He noted that, it is just a big slap on their beliefs And that should not be condone. 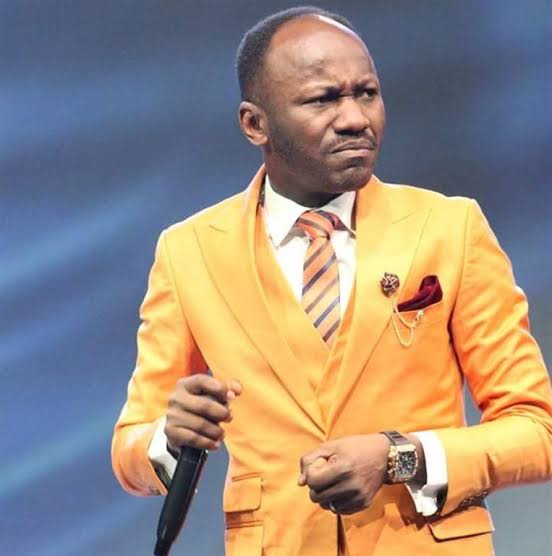 Suleman who was accused of rape and sexual assault more than once, made the public call after he took to twitter to call on Christians using the app as well as, streaming movies on the channel to stop forthwith and respect the sacredness of their beliefs.

Meanwhile, prior to his post on twitter, which called for the delete of Netflix app on all possible gadgets, several other social media users had started the call against the movie. The social media reactions generated by the movie led to the call by users that the movie should be taken down as soon as possible. Notable among the social media commentators who expressly condemned the movie is Reno Omokri, a vibrant social commentator, who in his comments against the movie made reference to a recent post by a Nigeria actress, Etinosa Idemudia who used the Holy Bible as ash tray.

In the post by Etinosa Idemudia, the actress was seen smoking a cigarette and puffing the smoke while she used the Bible as her ash tray. She appeared to be enjoying the smoke as she continued the act while she listened to music. Even though, the post was immediately met with huge criticisms from both her fans and believers with sentiments to Christianity.

Omokri called the Nollywood actress, Etinosa Idemudia “a misguided lady” and said that the Movie “Gay Jesus” is just another affront on the Christian religion and that the movie channel should do something about it immediately.

The call for Christians to discontinue the use of Netflix has increased drastically with over 1million Netflix user signing the petition to take down the movie "Gay Jesus". How would Netflix react to this development? That’s the big question.

For now, the movie so far has met more criticism than positive reaction; can one say that Netflix has invested wrongly on this? Or can one say that, the people are overreacting.

Only time will tell as the campaign continues for Netflix to take down the movie "Gay Jesus" or face huge downturn in the number of their users as well as, those following the movie channel.