A Bill seeking a six years single term for President, Governors and a five year term for members of the National Assembly has been reportedly thrown out of the legislative chamber of the House of Representatives. The Bill sponsored by a member of the House of Representatives, John Dyegh, a representative of Benue State was hurled out of the legislative arm after it failed to scale through the second reading. The Bill hoped to alter the Constitution of the Federal Republic of Nigeria, to provide for a single term of six years for the President, Governors, and a five years single term for the National Assembly (Senate and House Reps) and members of the State House of Assemblies was crushed after majority of the lawmakers during plenary on Tuesday rejected the Bill.

The sponsor of the Bill, John Dyegh, noted in his argument that the Bill if favored would put away the irregularities associated with re-elections since that is one of the major crisis the nation faces every four years. He emphasized that the cost of re-election is three times more than the first election and with the single term of six years and five years respectively, cost of elections in the nation will be more effective.

However, his colleagues never saw things from his perspective as majority of the lawmakers made a case for the need to rather work on subsequent elections to achieve free, fair and credible elections rather than seeking a single term for political office holders in the nation.

Their argument was that, the single term of office will be too small to record meaningful achievements for any political office holder. In support of their argument, the lawmakers noted that the current tenure gives room for appraisal of term which would not be possible under a single term system. 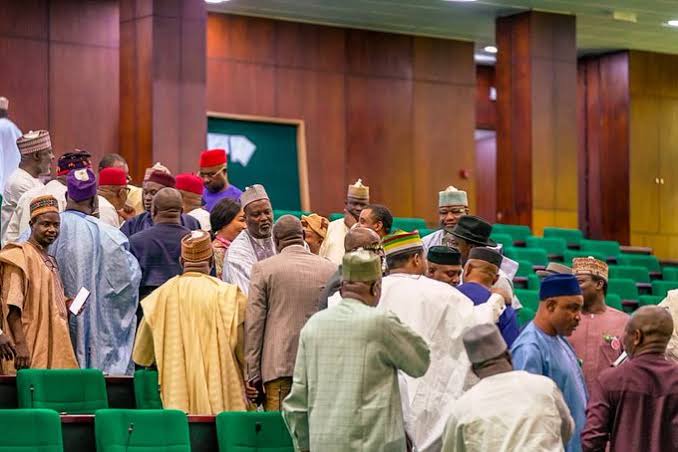 Photo - (House of Reps after a session)

Based on the argument put forward by John and his counterparts, the Bill never scaled the hurdles of the second reading and as such, will never see the light of the day. Meanwhile, the news of the Bill (Single Term of Office) not making it beyond the second reading has generated several reactions as shared their opinion(s) and commented via social media. Some persons think it is a Bill in support of tenure elongation for the President Muhammadu Buhari’s administration.

Many believe the Bill had the undertone of the ruling party, All Progressives Congress (APC), while others believe, should the Bill pass the second reading, it will be a great achievement for this current National Assembly as the problems of second tenure notorious for siphoning and embezzling public funds will be eradicated.

Based on the foregoing, one cannot but agree that the pros and the cons of the Bill have its advantages and disadvantages both on the political elitist class and the masses. From the argument of John Dyegh to the counter opinions provided by his colleagues that led to discarding the Bill, one might safely adjudge that the legislative arm of this government has not the interest of the masses at heart. 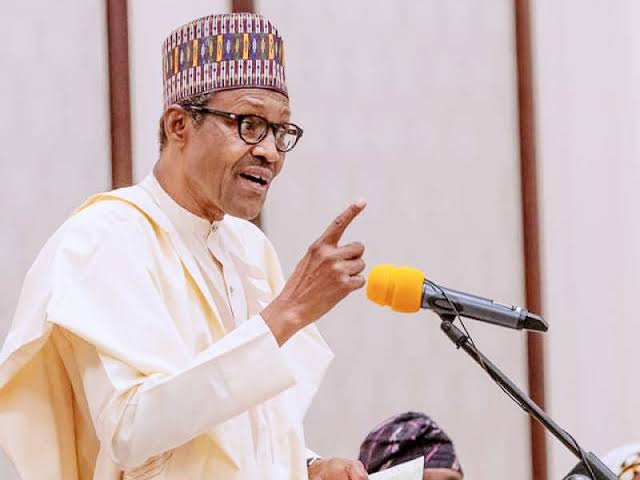 The Independent Corrupt Practices and other Related Offenses Commission (ICPC) recently made a shocking revelation of how the National Assembly is raking billions of naira to their individual pockets and purses all in the name of constituency projects, duplication of contracts in the annual budgets and other high profile financial fraud and nothing seemed to have been said regarding that, rather issues that has no direct bearing on the current realities in the country constitutes the maters arising in our legislative chambers.

There are other issues that bothered on the pensions and other benefits accruable to politicians who served in one capacity (say ex-governor) who are currently on the payroll of the legislative arm meaning they are receiving double income; one as an ex governor receiving pension and on the other hand as salary and allowance. Matters like this which is supposed to top priority are not even considered on the floor of the house.

Many more pressing issues that hinged on security of lives and properties, rule of law, constitutionalism and judicial independence which will bring peace, unity, harmony and guarantee the fundamental human rights of citizens are not considered as urgent matters. Since the trend in Nigeria now is a flagrant disregard for the rule of law, flaunting of court orders modeled by the Department of State Service (DSS) and the president of the Federal Republic of Nigeria has been relatively silent on these matters for reasons not clear to anyone.

It is indeed a sad scenario playing out in Nigeria at the moment as nothing seems to be working except a ripple effect of corruption. How do we then overcome this hydra-headed monster called corruption since it has eaten deep into the fabric of the nation. The only thing we can say is God will deliver the helpless in this nation-Nigeria.

Content created and supplied by News Hub Creator.Opera News is a free to use platform and the views and opinions expressed herein are solely those of the author and do not represent, reflect or express the views of Opera News. Any/all written content and images displayed are provided by the blogger/author, appear herein as submitted by the blogger/author and are unedited by Opera News. Opera News does not consent to nor does it condone the posting of any content that violates the rights (including the copyrights) of any third party, nor content that may malign, inter alia, any religion, ethnic group, organization, gender, company, or individual. Opera News furthermore does not condone the use of our platform for the purposes encouraging/endorsing hate speech, violation of human rights and/or utterances of a defamatory nature. If the content contained herein violates any of your rights, including those of copyright, and/or violates any the above mentioned factors, you are requested to immediately notify us using via the following email address operane[email protected] and/or report the article using the available reporting functionality built into our Platform. Read more>>