England captain and Tottenham Hotspur striker, Harry Kane sent the football world, and the internet, into a wild frenzy yesterday, May 17, 2021, as he reportedly officially informed his club about his decision to leave this summer. 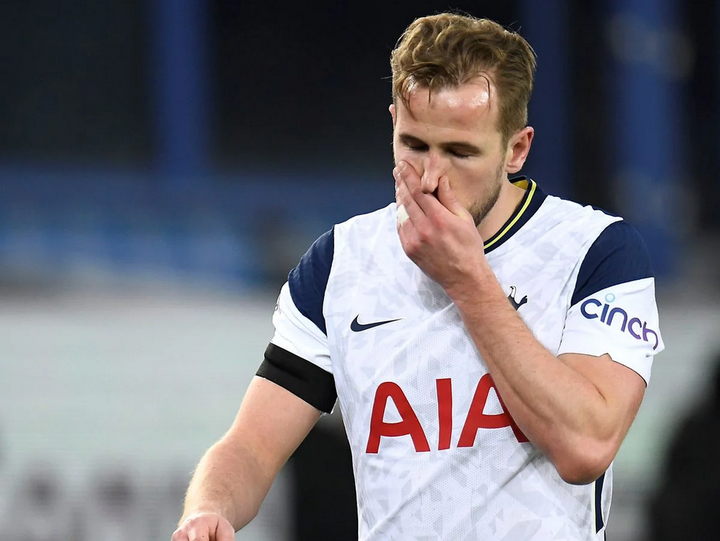 After having the subject of intense transfer speculations for the past 3 transfer windows – at the very least, Kane, 27, seems to have finally decided to force the hands of club chief, Daniel Levy, and the latter is reportedly very furious about his decision and move to make it public as well.

As much as the news is an absolute nightmare for Levy and Tottenham fans right now, other Premier League teams are unsurprisingly delighted by the news, and none more completely over the moon at the prospect of having him file out for them next season than their bitter London rivals, Chelsea FC.

Their delight couldn’t be greater too, as Kane also reportedly informed Levy that he seeks a move to another Premier League club as he has no desire to play abroad just yet. 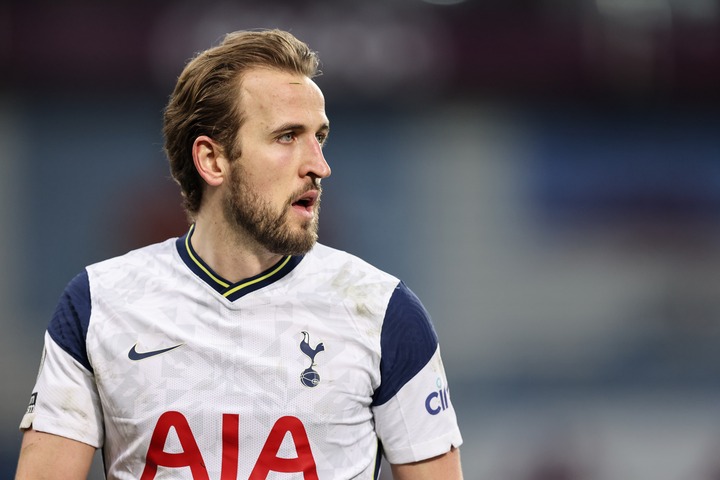 This delirious joy has seen a lot of Chelsea fans storm the internet and quite practically made sure that Kane just about knows exactly how much they’re desperate to have him sign for their club. How? By sending out a “Come to Chelsea” plea, and making sure it trends pretty well on social media too.

What’s even more captivating about the whole drama is the way they’ve successfully made such humorous light work of this too, and gone about the posts with some pretty hilarious images. One thing I can guarantee, though, is that their current striker, Timo Werner wouldn’t be smiling much at these posts at all. 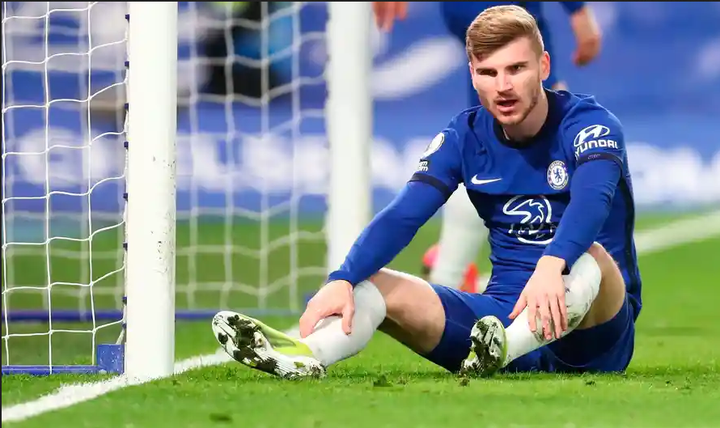 “@OJ_Stunner: Harry kane should come to Chelsea cuz he's a London boy and he should be playing for the best club in London. And win the UCL too. Money no be problem for Abramovic 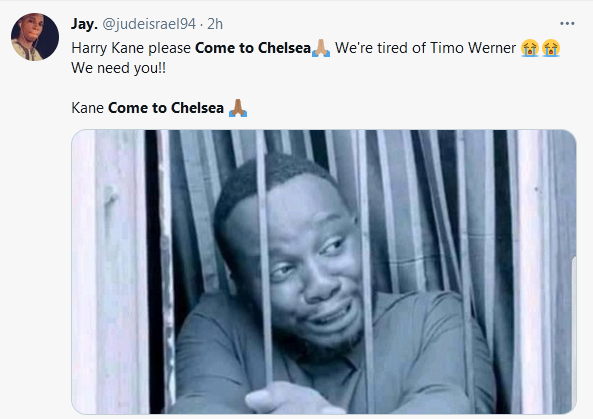 @EmjayOricha1: Hello Harry Kane pls come to Chelsea. You will love it here.

@caz_smors: Her: he's probably thinking of another woman. Him: if Kane come to Chelsea, hope Tuchel won't be confused?

@iamjomojoe: Y'all are wasting your time thinking Kane will come to Chelsea. United First. City 2nd. Chelsea last. He wouldn't want to be booed when playing Tottenham next season, the rivalry too much e pass Arsenal own sef *But I want Kane at Chelsea 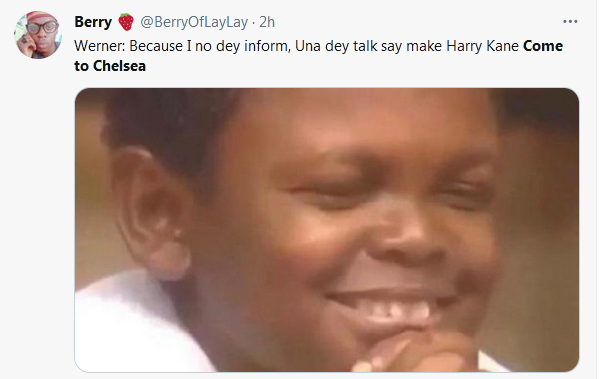 @FPL_BearBear: Omg Kane finally told Spurs he wants to leave! Plz come to Chelsea plz come to Chelsea our top scorers have 6 goals in the league. End of the day players last on the stock shelf for a limited time so you have to go your own personal ambitions at some stage probs city tho 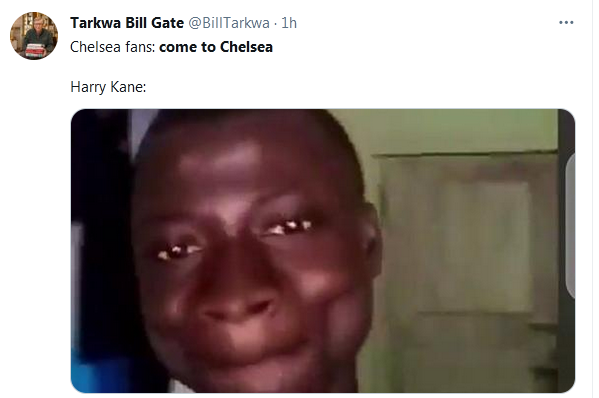 If this kind of pleas could have a direct influence on how professional footballers chose their clubs or made their transfer decisions, one could surely think that Chelsea fans may have just signed their club a new striker even before Roman Abrahamovich reaches for his purse.

As lovely and touching as their pleas sound though, sadly, things don’t ever work out that way in the real world, and especially not in the multi-billion Pounds world of the English Premier League.

Share your thoughts on this with me in the comments section, please. Don’t forget to follow TadeCollins on Opera News for more juicy and informative gist, and kindly like, comment on the news app, and share the articles as well, please. Thank you.

Content created and supplied by TadeCollins.Opera News is a free to use platform and the views and opinions expressed herein are solely those of the author and do not represent, reflect or express the views of Opera News. Any/all written content and images displayed are provided by the blogger/author, appear herein as submitted by the blogger/author and are unedited by Opera News. Opera News does not consent to nor does it condone the posting of any content that violates the rights (including the copyrights) of any third party, nor content that may malign, inter alia, any religion, ethnic group, organization, gender, company, or individual. Opera News furthermore does not condone the use of our platform for the purposes encouraging/endorsing hate speech, violation of human rights and/or utterances of a defamatory nature. If the content contained herein violates any of your rights, including those of copyright, and/or violates any the above mentioned factors, you are requested to immediately notify us using via the following email address [email protected] and/or report the article using the available reporting functionality built into our Platform. Read more>>