Adams Oshiomole in the eye of the storm

The man in the eye of the storm at the moment in the Nigerian political sphere is the man once celebrated as the Comrade who stood for transparency, accountability and righteousness. Adams Oshiomole, the embittered Chairman of the ruling party-All Progressives Congress (APC) is perhaps going through the worse period in his political career presently. 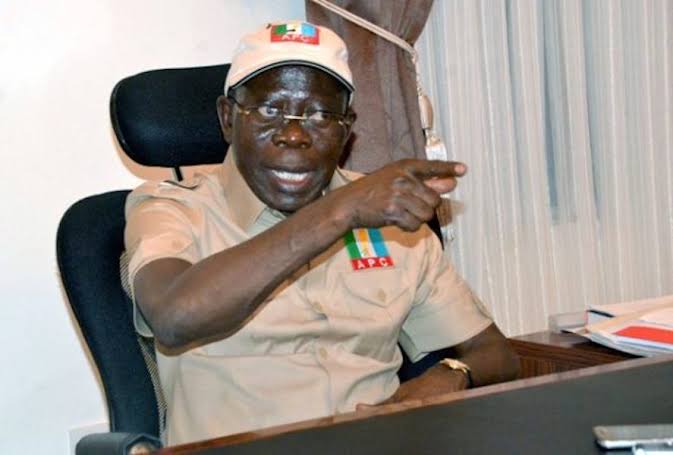 Adams Aliyu Oshiomole who used to be the president of the Nigeria Labour Congress (NLC); one of the most powerful pressure groups in Nigeria, under the then President Olusegun Aremu Obasanjo delved into politics sometimes in 2007 after he left office as the labour president to contest the Edo State gubernatorial elections under the flagship of Action Congress Party (ACP).

Since his debut in the Nigeria political space, Adams Oshiomole has been favoured: from his declaration by the Elections Tribunal in 2008 as the winner of the Edo State gubernatorial elections, to his contest and emergence as the National Chairman of the All Progressives Congress (APC) on June 23rd, 2018. However, from recent turn of events one might be tempted to ask what the cause of the ordeal of this two time Edo State governor is or perhaps he has lost his charm on the people.

The beginning of the downturn of his political career still fresh in our memory was in February when stones were hurled at him in Ogun State presidential rally after he was accused of secretly promoting  the course of the opposition party-Peoples Democratic Party (PDP) against the presidential agenda for a second term in office. 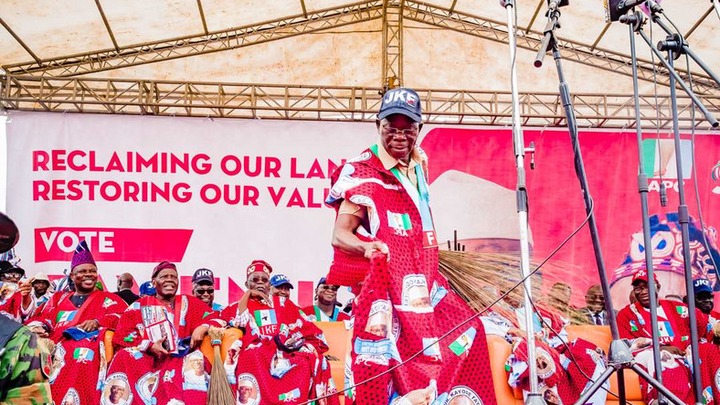 The height of his ordeal surfaced when his suspension was announced by the Edo State chapter of the Party through the state chairman, Abselm Ojezua who noted that the development came after a vote of no confidence was passed on the national Chairman by the chairmen of the 18 local governments in the state.

Although, the development raised a lot of dusts from many quarters, many political bigwigs of the party have wade in to settle the rancor which has now degenerated into factions; one loyal to the national chairman, Adams Oshiomole and the other loyal to the state governor, Godwin Obaseki.

The last stroke that broke the camel’s back was the recent rally organized by the loyalist to the national chairman, Adams Oshiomole after the state governor, Godwin Obaseki threatened him not to come and stage any rally in Edo State which he defied and it led to the alleged house arrest which he was placed under due to the unrest caused by the rally later relocated to the official residence of Osagie Ize-Iyamu.

Earlier, the Inspector General of Police (IGP), Mohammed Adamu had through the state’s commissioner of police issued an order suspending the rally after the state governor wrote the IGP on security grounds. Adams Oshiolmole arrived the City of Benin on Thursday amidst all the difficulties surrounding the controversial rally to welcome defecting members from the opposition party led by the 2016 governorship candidate of the PDP, Osagie Ize-Iyamu, and he (Adams Oshiomole) told his supporters to stay calm while he put things under control ahead of the rally.

Following this trend and the misunderstanding between the state governor, Godwin Obaseki and the national leader of the party (APC), Adams Oshiomole one cannot help but ask if the once respected comrade has lost his charm.

Going from here, it might be difficult for the party leader to stamp its authority on other members of the party in other states and to cap it all, the president of the federal republic of Nigeria, as well as other respectable chieftains of the party have been rather quiet or indifferent about this rancor forgetting that this internal misunderstanding may lead to what caused the defeat of the opposition at the federal level in 2015.

It is therefore important for the party faithful to do something as a matter of urgency to nip this in the bud, before our beloved comrade loses the respect left for him as a national leader of the ruling party.