Problems associated with the management of Public Enterprise in Nigeria 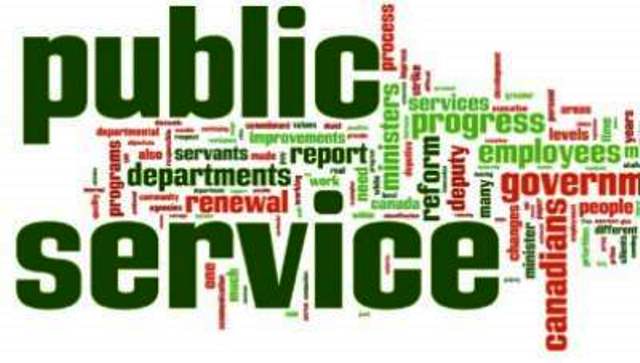 View pictures in App save up to 80% data. For any organization to progress through the step of economic social and political emanation, it should be able to manage adequately the people that constitute the organization. Therefore the management of this establishment should endeavour to work effectively with people and try resolving satisfactorily the varied problem that the management of these problems may entail.

Management can be said to be an action having a synergistic effect in which a productive entity is created, which turns out more than it receives as input.

The role of public enterprise in developing economies is enormous. This is partly because the government is the champion of the most development efforts in the nation and private sectors or enterprises provide the bulk of the goods and services needed by the citizen in the country.

The Problems associated with the management of Public Enterprise in Nigeria

There is no doubt that the general public is disillusioned about the pathetic nature of retardation of the nation’s economic progress. It is now clear that here in Nigeria, government parastatal is inefficiently run by politically-appointed staff and run a risk of losing revenue due to corruption. It is observed that their competitors in the private sector perform creditably under the same condition. This situation has raised a number of comments from the general public as regards the problems of public enterprise.

The Business Times of July 29, 1991, observed that manufacturing enterprise both public and private are sometimes faced with the shortage of water, raw materials, stand up and operational cost. Some of these problems will be further considered under the following factors. Economic, socio-political administration, and operational technicality.

There are many factors responsible for the poor performance of Nigeria's public enterprise. One of the major problems militating against public enterprise is the system of funding. Insufficient capital is one of the major problems facing state-owned public corporations, and this inadequate or no provision of working capital affects proper administrative operation, some times, sales targets are never archived due to low production.

Moreover, another economic factor contributing to the poor performance of public enterprise stepping and staff establishment. The influx of the relation and friend of those in authority and board members through employment into these organizations can lead to under-achievement of organizational goals.

Another administrative problem of the public enterprise is the system of awarding contracts. Contracts are awarded at highly inflated prices. To worsen the situation some of the awarded contracts are never executed and even after the contractor has collected the mobilization process. This constitutes a financial drain on the companies and the economy.

Another problem which is rampant in the public enterprise is that of ethnicity, this can be seen where political decision and exercise of government authority deliberately favor members of some cultural groups at the expertise of others. It is not common to find in a typical ministry or department having low skilled staff as messengers, drivers, cleaners, clerical assistants belong to the same ethnic group with the supervisor officer of the organization.

Some of those favored candidates may lack the knowledge required to man the posts. There is the problem of irregular appointments of unqualified relatives of politically influential or board members.

Furthermore, the poor performance of the public enterprise has to do with the nature of industrial relations in Nigeria, the general pattern of trade union behavior stresses what employees can get from the organization.