A lot of people have heard about or read about the notorious armed robber, Dr. Ishola Oyenusi, who held Nigeria to ransom in the early 1970s. However, little is known of the several young men Oyenusi trained as robbers before he eventually met his end.

With his dreadful team of blood-hungry hounds, Oyenusi terrorized south-west Nigeria for years, robbing banks and killing at least one person in every operation. The notorious armed robber also trained several young men who are not part of his core gang but rather formed separate gangs around south-west and often paid their dues to him.

One of the young men trained by Oyenusi was Kayode Williams. Williams was in secondary school when he began to associate with members of the Oyenusi gang. According to him, his family was not in dire need of money and he didn’t join the robbery gang because of poverty but rather out of peer-pressure.

While talking about his involvement with the Oyenusi and his gang, Williams said he was enticed to join the group after he was given money a few times. He had gone to his school housemaster to show him the money the robbers gave him and instead of the housemaster to reprimand him, he had encouraged him to associate with them and even he (the housemaster) asked to be introduced to the notorious gang.

Williams became an informant and an errand boy for the gang because he was too young to follow them to rob, but soon, he graduated to robbery himself.

Fortunately for him, he did not follow Oyenusi and his gang to rob on the day the crew met their Waterloo and were all arrested by the police. Oyenusi and six of his gang members were all sentenced to death and executed on September 8, 1971 but Williams escaped this fate since he was not caught with them. Was this near death experience enough to change Williams mind and reform him? The answer is no. 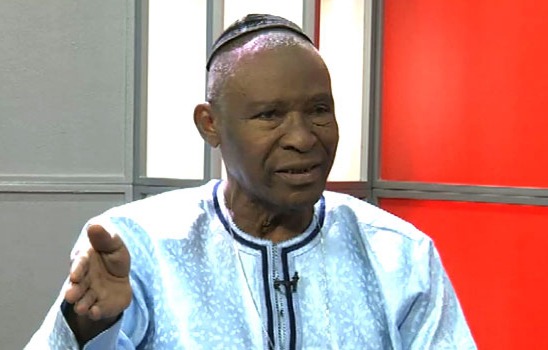 After Oyenusi’s death, Williams joined a new group of robbers who were trained by Oyenusi and they continued to terrorize the south-west. He became a feared robber; he was involved in several highway robberies and Indian hemp smuggling.

However, the arm of the law caught up with him when he and his gang were arrested and tried. They were all sentenced to ten years imprisonment and it was while in jail that Williams found redemption and became religious.

By the time he was released from prison on June 2, 1980, Williams was a man on a mission – to reform the Nigerian Prison System and ensure a better life for the prisoners so they don’t go back to crime after leaving prison.

He met with several south-west dignitaries seeking their help to reform the prison. Eventually, Williams found favour with former President Olusegun Obasanjo. An ex-con himself, Obasanjo understood Williams quest for change and helped him in achieving it. He even went further to grant Williams a presidential pardon.

As of today, Williams is the Director-General of the Prison Rehabilitation Mission International (PREMI). He is also the presiding Bishop of the Christ Vessel of Grace Church even as he continues to seek help for ex-prisoners to live a better life after jail.

If you enjoy reading this piece, you can click here to read another article from me. You can also follow me @AdeolaKams to ensure you see my post when they drop.