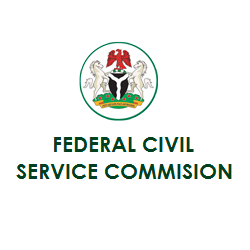 View pictures in App save up to 80% data. Socio-Political Conflict And The Nigerian Civil Service

The Nigeria civil service is made up of people from different ethical groups with diverse traditions, cultures, tongues and social norms and values. These differences in culture, tribe, and tongue in the civil service have true meaning when we look at some of the issues affecting the effective performance of the civil services in the country.

There are always noticeable conflicts in the Nigeria civil services arising from political structure and arrangement, class conflict, which dwell on positions and authority in management. This class conflict has its own inherent impact on the effective management of the civil service.

Training is like the sharpening of an existing skill in order to reflect the trend in technology and other socio-cultural environments of an organization. The major object of training and development is to increase the efficiency of the employees with the resulting increase in corporate productivity.

In the federal civil service, each ministry is made up of people from different ethnic groups across the country. However, because of differences in tribes and tongue, socio-political conflict is bound to erupt in the civil service.

Political Conflicts in the Civil Service

The arrangement of the Nigeria political system into geopolitical zones aggravated the whole matter. Better personnel appraisal, upgrading, and promotion in the civil service do have political undertones. It always depends on who is the head of the department or ministry, his men and his line-up must be considered before any other special consideration is given to other people.

The something applied to who and who is qualified in the ministry to head a particular department or ad-hoc committee is not always done on merits basis. Some of these special appointments are always politicized because most of these issues and appointment including promotions are always politicized, conflict always arises between staff and the head of most departments. These conflicts are often done in the form of reports, complaints, petitions and any other method of displaying grievance.

Nigeria is a country with a diverse cultural background. Culture differs from region to others and from one tribe and tongues to another. The traditional norms and values among Nigerians are not the same.

These differences in cultures, traditional norms and values do reflect on the job performance in the civil services because people from the different regions do see their office colleagues from another region as entirely different persons, the needed corporation in marshaling out hour issues would be handled and would not be there.

This is more evident when mother tongue differs because of differences in mother tongue, from people in the civil services, the much-needed corporation in planning and the applications other management functions would not be there because much-needed corporation is not obtained in the civil services, there would likely be ineffectiveness in carrying out government plans and politics. Since Ineffectiveness is assumed, there is likely that there would be some lapses and leakages in the government effort to achieve a goal.

The Socio-Political Arrangement of The Civil Services.

Assessment of Political Activity in The Civil Service

The differences among the regions and geo-political zones do have it own impact on the civil services by way of not achieving the needed cooperation from one another and bring out some program that would be of immense benefit to Nigerians.

The reason for not obtaining fair hearing or treatment is based on politics because the civil service is characterized by politics and differences in socio-culture. The performance of the civil service in enhancing government program is not much effective and efficient.