I Was Slapped By My Cousin, But See How The Slap Saved Me From Being Scammed

There is no factory reset that is better than a sweet slap. It automatically brings you to your default settings. 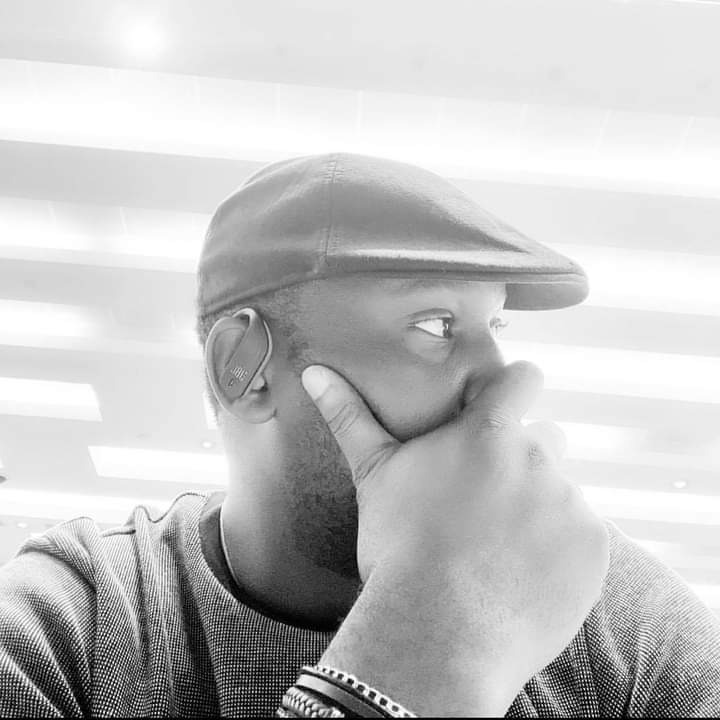 In 1996 On my way back to school to resume for second semester. I was supposed to travel back with my cousin Kingsley, but I waited and postponed the journey for three days. Kingsley had collected his pocket money from his parents and misused it, and was now seeking asylum in my House. Now his returning to school is in God's finger. I had to leave him and travel.

As I got to Ama JK by Douglas that afternoon, this taxi stopped in front of me. I asked, "going towards Calabar park?

Just about two poles off. The woman in front turned to one of the men behind with me, "are you sure you can really do it again?

"I am Baba Ijebuonwu, Just test and see", he replied. The woman gave him N200.

Dude did abracadabra, and from the edge of my eyes, I watched him unnoticeable. Vooom! N200 turned to a $5 note just like that She screamed, "wow, I now have $50."

Inside my mind, I am like, "oh my God, So this magic has been going on. It's like I came late".

The other Man said he has gotten $80. He was so happy. Thank you God for sending this messiah his way today..

Driver said he has gotten only $15 now, so need more. He asked me if I have N200 note to pay him that he wants the man to transform it to Dollars for him, whhile he gives me N150 change.

Next, the man said he was going to stop at the next bus stop. The woman in front began begging him, "please follow me home. I have about N20000 at home. All N200 denominations. Come and Change them to dollars for me. I won't let you go, I have suffered enough. My suffering must end today."

I gave the driver my fare, he gave the N200 note to the man immediately. Before he could search and give me my balance of N150, the man don chant in tongues finish. This time I was focused on him. Just like that, N200 changed to $5. Negodu and this over sense driver is giving me just N150 change. See Profit.

Now, the driver couldn't turn to see the magic because he was still on wheels. He asked that I should help him check if they were real five dollars Bills. I did, ala Owerri mùrú ni.. Òwú kwa Clean $5.

The man was at his bus stop already. The woman rushed down too begging him not to go yet. She was ready to kneel down in the middle of the highway for this magical stranger. She turned to me, "bia Nwoke m, don't you want to get Rich? Make una beg this man na. Make we enjoy his powers".

Immediately, I said, "oga consider her na". The man turned to me and said, "it's like you have a Great Spirit. Something in me said I should just listen to you".

The man joined us again.This time I was sitting in-between him and the other man. I was closer to the magic now.

I had just N3000 with me, Nwa school. As I emptied all my pockets, the man had a short chant. He opened his tightly held fist and $300 appeared, rolled like a cigar.

The driver, the woman, the other man and I went into a serious argument in the car. Who we should visit fess. Finally, the woman was considered First. Ladies first and she is the one that started the pressure. "Stupid men", my mind called out. How dare you consider women in a business? I was taking the whole thing very personal. But I was second, a consolation. I was busy praying the woman doesn't exhaust our magician.

We drove to her house. She was told to talk to no one. She went and in 3minutes, brought out 300k..

Oga magician chanted his normal incantation and this time, his eyes became red. He evokes more Powers. This time, he told me and the woman to go and open the car booth. Youra truly, one small Ghana must go bag was full of dollars was there. The woman grabbed it and ran away. I watched her run. Jealousy held me and I also wanted mine so quickly.

I told them, "oya let's go to my house". Taa wu taa. As we were going, I began imagining Dangote kneeling down to beg me for money. I imagined purchasing a presidential form to be the youngest president in Africa. I imagined the stadium I will build in my village and how I will buy the whole Land, contract builders to construct estates and relocate the entire Imo State. Then the railway that will pass my backyard. The containers that I will be importing. I saw myself commissioning 2nd and 3rd Niger Bridge. I saw so many things that I can't even mention right now.

I remembered how my mother had pulled out just N3500 from N500k for my pocket money and transportation fare to school l. She said she and my dad want to buy land and build another house. House that I can now build in 2 weeks. In fact, I will first send her and my father to America for holidays. Before they come back. I will bulldoze our house and build a skyscraper there.

Eheen, My cousin Kingsley, I will remove him from Uniuyo and send him to America to study that his engineering. I will pay his school fees up to masters and doctorate before he even goes for visa interview.

As for me and my 'new associates' turned into my street and my eyes struck our gate. My Igbo sense covered me like the blood of blood. I said to myself, "behold.. this is the last time I will enter this gate a poor man."

I was finally instructed by Baba, "when you get in don't talk to anyone. Take the money and run out. In 5minutes your Destiny is changed".

I ran in, from no where I saw Kingsley at the door. I walked pass him like a deaf and dumb. He knows we have a greeting style. We have our codes. This is not me passing him like that. He was surprised. He wanted to touch me to be sure. My left mind kept on reciting, "don't talk, don't talk, don't talk".

I quiet. This idiot wants to kill my Destiny. Temptation. So Amadioha cannot remove him let me finish this matter. He kept following me around the house. Asking questions and talking to his damn self. I no even send am.

I ransacked the house for my dad's room key but didn't find it.

My associates were now becoming uneasy. They were blowing the car horn outside. As I came out, I signalled to them that I have not found the keys and I want to burst the doors to where my parents were hiding my fortune. Kingsley saw them, three men in a car waiting for his now deaf and dumb cousin.

God of Abraham. He quickly understood what was going on. He tiptoed to my back, turned me around and Gbooooosaaaa!!

Kingsley screamed, "ndi aka n'akpa, Ndi wayoooo". It was like I was drawn back to the realm. My associates heard the noise. They threw my bags out of the car and ran. Kingsley searched my pockets, I had $300 that I got from my N3000 magic.

It seemed like we won. At ama awusa, then $300 was N19500. But the joy nearly switched to suicide when Alhaji Abubakar at ama awusa told me that the three crispy minty clean $300 were just fake bills.