Azeez Fashola popularly known as Naira Marley is currently the rave of the moment and he is such a great influence on Nigerianyouths. Naira Marley who is said to be the president of the Marlian nation has built for himself follower base that is unbelievably strong and formidable. Naira Marley, a Nigerian hip-hop musician came to limelight some times in 2019 after the Economic and Financial Crimes Commission (EFCC) arrested and arraigned him in a federal high court in Lagos on 11 count charge bothering on internet fraud among other things.

The arrest of the rapper seems to have since given him huge publicity which now has placed him in a position of a force to reckon with in the Nigerian music industry. Prior to his arrest, Naira Marley was just another upcoming Nigeria artiste struggling for publicity. However, his arrest and the media coverage for his arraignment seem to have proven to be a blessing in disguise for him.

Since the commencement of the case with the EFCC, Naira Marley has built himself a large fan base that seems to support him both physically and online. Marlians, as his fans are fondly called, can go the extra mile to defend their president (Naira Marley).

The fan base from observation is being added to on a daily basisas new members are seen joining the ‘no belt’ gang. These set of guys have a mantra or tag; “Marlians have no mannerz”, this seem to be part of the major influence their president has had on them in the shortest of time his reign started.

Naira Marley’s fans and followers are also perceived to have been taking after the character of their president. Naira Marley who in one of his interviews responded to the interviewer’s question of what he does at his leisure; replied by saying he only have sex or smokes marijuana. This seems to be rubbing off on the Nigerian youths. For instance, the Marlian fest recently organized by the self acclaimed legend December 30th, 2019 was reportedly characterized by loads of unacceptable demeanors. Marlianswere seen scaling fence to be in the show without tickets, marijuana was like a legal smoke of the festival and the Marlians were seen stressing that it’s their identity-no mannerz.

Indian hemps which is an illegal smoke in the nation, has allegedly sold more since the inadvertent promotion of it by Naira Marley and the unlawful act is growing fast like a wild fire. To avoid having the youth slip into a state of anarchy (lawlessness) someday, something urgent should be done about the influence of Naira Marley which is increasing on a daily basis.

Although, the Marlian President is still having a case before the federal high court in Lagos, he was also recently accused of being an accomplice in a car theft offence which the police have issued an ultimatum for him to appear at the state command or risk being declared wanted by the Nigerian police. 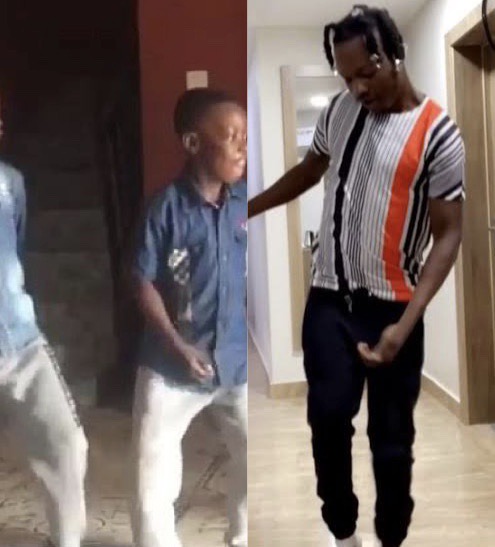 Naira Marley’s song lyrics in my opinion are not one that should be allowed or encouraged in a sane society like Nigeria. This is because of the perpetual vulgar use of words and the abusive words that saturates his songs. These songs are listened to consciously or unconsciously by many unsuspecting Nigerianyouths who find themselves reciting the lyrics unconsciously.

Something urgent should be done to regulate the excessive lifestyle of Naira Marley and his ardent followers who don’t care what happens provided whatever happens is in support of their president.

The Nigeria government through her regulatory agencies should sensor songs released by these music artistes to reduce the amount of negative influence they wild on the mind of youths in the country.

Something should also be done to regulate the manner at which explicit contents are introduced in music videos, especially in songs by Naira Marley. The use of and promotion of drugs in music videos and also the promoting life of affluence in songs is making Nigeria youths lazy and perceiving life from an unrealistic angle.