5 Countries That Do Not Celebrate Christmas (No. 1 Will Shock You) 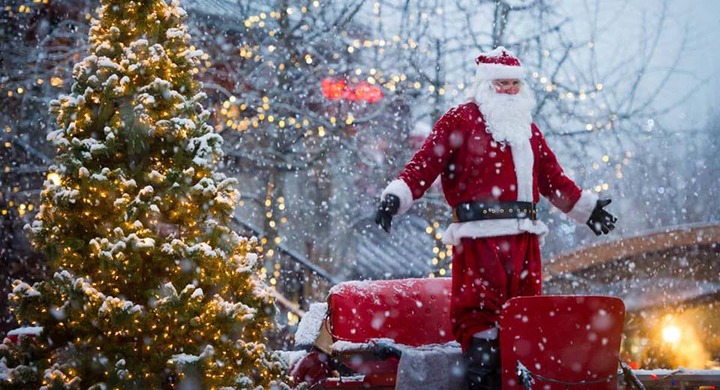 Christmas is an annual festival commemorating the birth of Jesus Christ among billions of people around the world. Historical references proves that Jesus was born on the 25th of December in a Jerusalem manger. However, it is interesting to note that their are some countries that do not celebrate Christmas and does not recognize it as an official holiday.

Almost 75% population of Israel are Jews (the followers of Judaism) and Christmas is not a Jewish festival. They consider Jesus just as the king of Nazareth, but not God. Meanwhile Jews has their own festivals. Purim, Rosh Hashanah and Hanukkah are one of them. They don't pray in Church like Christians, they do pray in Synagogue. They are belong to the same root which is the family of Abraham but both are separate religion. Israel is a Jewish majority with a Christian and Muslim minority, therefore, only Jewish holidays are officially recognized.

Christmas is not a major holiday in Russia. It is only celebrated on the 6th & 7th of January instead of December 24-25 because the Russian Orthodox Church uses the older Julian calendar which differs from the Gregorian calendar used by Western churches. For most nonreligious people as well as religious minorities, Christmas celebrations go largely unnoticed, while many Christians participate in the Christmas church services and hold religious events dedicated to the holiday.

December 25 is a regular work day in China, not a regular holiday. It is generally believed that this became the case because the first President General, George Washington, worked on December 25, 1776, crossing the Delaware to win the battle of Trenton.

In Turkey, December 25 is not a national holiday because of the minority population of Christians compared to the majority population of Muslims who dominate Turkey. Turkey is predominantly a Muslim state, therefore, only Islam holidays are nationally-recognized and observed in the country.

The North Korean authorities does not permit any religious holidays in the country, including Christmas. Christmas has been banned in North Korea since 1948 when the Kim dynasty started cracking down on religious freedoms. In a very funny development, Kim Jong-Un banned mandated citizens to pay tribute to his dead grandmother on December 24 instead of December 25 for the celebration of Christ. This is also partly because the authorities consider Christmas as a western culture and they do not tolerate any western practice.

Also, there are other countries that do not celebrate Christmas for many reasons which include: Saudi Arabia, Vietnam, Kuwait, Afghanistan, Mongolia, Nepal, Kazakhstan, Uzbekistan, Algeria and many others.