The joy of the parents and teachers of 11-year-old Esther Adebowale was unquantifiable when she was announced as the winner of the 2020 edition of the Thirty Million Naira (N30million) education scholarship organised by the Atlantic Hall School in Lagos.

Fate smiled on Esther, who was a student of a public primary school in Epe called A.U.D Primary School, Ibowon, when she defeated 85 other candidates in written and oral exams to secure first place in the competition organised by the elite secondary school, Atlantic Hall.

The scholarship, which was quantified to be around the sum of N30million will cover her tuition, boarding fees, school uniform, sportswear, and other levies for the six years which she will use for secondary education at the school. The scholarship, which started in 2010 has seen 6 children from a poor background through one of the most expensive secondary schools in Lagos. The school principal, Andrew Jedras, who made this claim said that three of whom have since graduated and moved on to institutions of higher learning. 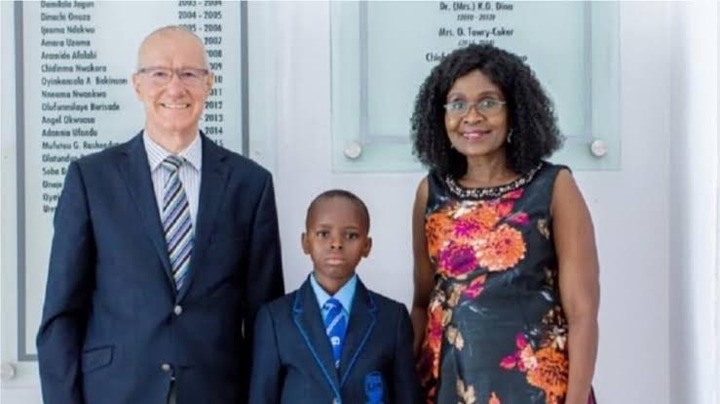 According to the school’s spokesperson, the scholarship, currently valued at N30 Million, is Atlantic Hall’s annual contribution to lifting the circumstances of children from less privilege homes in Lagos.

Esther, who is from a humble background, will have the opportunity to attend the same secondary school with children of the rich and affluent in Lagos because of this scholarship.

While speaking to the press, Esther’s father, Adebowale, said he and his family are full of gratitude. He said: “I do not know how to express it. With my humble circumstances, I could never have dreamt of my child going to this beautiful school. Now see what the school has done for us. My whole family rejoices and prays for Atlantic Hall. Please help us thank them.”

If you enjoy reading this piece, you can click here to read another article from me. You can also follow me @AdeolaKams to ensure you see my post when they drop.