Unlike the Ebola Virus Outbreak, Is Nigeria Truly Prepared for the Coronavirus?

Just about a week ago, the world was shocked to discover that a virus had caused a wave of infection in the Chinese City of Wuhan. Not too much was known about the virus, but a few days later there were cases of fatalities reported.

As at today, there are 41 confirmed fatalities, with 946 confirmed cases worldwide. France has just confirmed it’s first three patients. 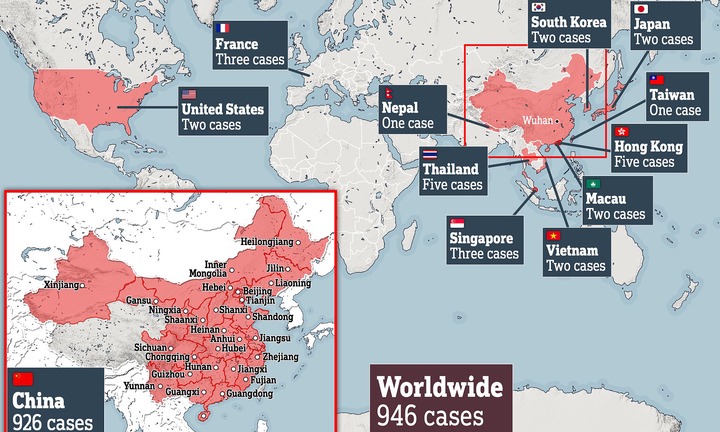 China and Nigeria have very close business ties, with thousands of travellers commuting between the countries weekly for business and personal reasons. With the cases of the Wuhan virus reported in other countries across Asia, the US and France, Nigeria is at risk.

During the Ebola Crisis which killed thousands in West Africa, Nigeria seemed to be prepared setting up screening units at Airports and dedicated Ebola treatment centres in Lagos and Rivers State. The Nigerian Centre for Disease Control CDC issued a statement days after the initial reports of the virus, stating that they would work with the Ports Health and Ministry of Health to ensure screening is carried out on passengers from high risk areas. However, after the screening what happens next? In the US, the first patient to be diagnosed with the virus is treated by robots and medical personal, in a move to limit infection and remain in Isolation. A Doctor in China, who was treating patients is reported to have died from the virus.

As with virus outbreaks, the biggest fear is mutation. As a virus mutates, the current vaccines in use become obsolete and can not used for the new strain, leading to further research and development times and testing for a new vaccine. Some reports are stating that the Wuhan Virus has now mutated. With more cases being reported all over the world, and Lagos being a busy commercial hub in Nigeria, are we prepared? Or will we be left at the mercy of a virus which can be easily be transmitted by flu like means?