How to overcome kidnapping in Nigeria as we celebrate Christmas

The current security reality in Nigeria is rather challenging giving the pressure of “I must celebrate yuletide syndrome” in most desperate youths and young adults in the country and it calls for urgent actions from government, individuals as well as, security agencies in the country. Nigeria used to be a safe haven; it used to be a fertile ground for foreign investors to invest their hard earned money and go to sleep because the market in Nigeria cannot be seen anywhere else in the entire world. What then happened to the glory days where people go out with confidence, when one can have rest of mind even when one is running late into the dark of the night.

In Nigeria of today, most news revolves around kidnapping, ritual killings and rape. The challenges leaves one with the conclusion that; if nothing is done urgently to stop kidnapping as it is fast becoming a viable business in the country, then, Nigeria’s ship is hovering around a pestilential aqua.

The exponential growth rate of kidnapping and ritual killings in the last few months shows the desperation of individuals to celebrate the yuletide by all means. Well meaning Nigerians have however wondered if the funds ceded for Security Votes annually is actually used to serve that purpose.

Considering the many kidnap cases reported in recent time; and the shocking affront on the police by abducting a high ranking police officer and an army general reflects the laxity in the security architecture of this country which calls for urgent attention. 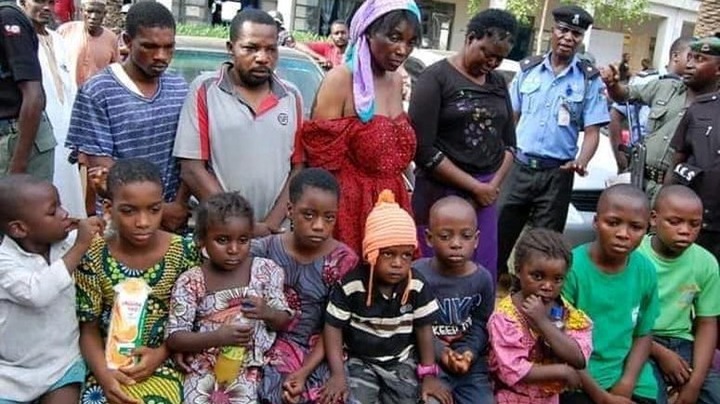 Although, issues of security is rather holistic which puts responsibility at the door step of everyone, however, there must be a blueprint the security agencies follow to nab these kidnappers, prosecute them, and make example out of some of them to dissuade prospective ones who might see the crime as a thriving business venture.

The Federal Government of Nigeria (FGN) need to quit this manual idea of data collection and join other nations of the world to install world class computerized data collection system where crime will be difficult for perpetrators and job easy for security operatives.

The government should work on her disposition to street security, road Close Circuit monitoring Television (CCTV) coverage, patrol vehicles, response of police officers to distress calls, and develop a viable system where investigations will be aided by all and sundry.

In addition, to curb kidnapping and ritual killings, government needs to do more than just closing the borders. She needs to engage in massive local production to create jobs for the idle youths whose minds are breeding ground for crimes. Individuals too need to grow beyond this recent popular idea of "I must make it now or never" and start to look inward to tap into those ideals that reflect a true Nigerian, that hustling spirit found in our founding fathers which prompted them to fight for what was rightfully theirs.

That spirit of togetherness that shuns greediness, selfishness, one that doesn't see or hear tribalism or nepotism, one that is fueled by the unity of our black spirit, one that only sees possibility and strives for the happiness of all, and the patriotism that makes us all channel our drive to a better future for our younger generation.

It is indeed our desire that peace will be restored in this nation and all those who are profiting from crime and chaos in this country will be duly punishment and justice, as well as, independent judiciary in real life will become the reality of Nigeria and Nigerians.