AfriMusic Song Contest 2020: Nigeria’s Dhortune on the cusp of history 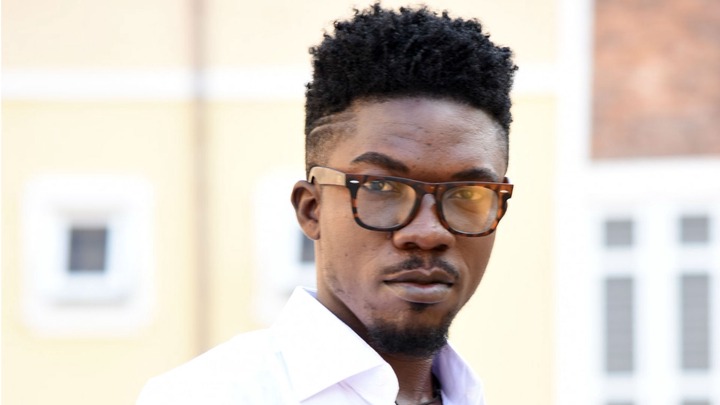 Dhortune will either become the first-ever Nigerian and West African to win the coveted prize or join the snowballing list of artistes to have participated in the contest but failed to emerge victorious.

As a teenager, the multi-instrumentalist who hails from Ondo State and also a graduate of chemistry participated in and won several competitions such as the Tenors Talent Hunt Competition (2008) and Tenors Top Ten Music Competition (2009).

He silenced over 3000 contestants to be crowned as winner of a musical contest organised by the Federal Ministry of Niger Delta Affairs for all Niger Delta states. 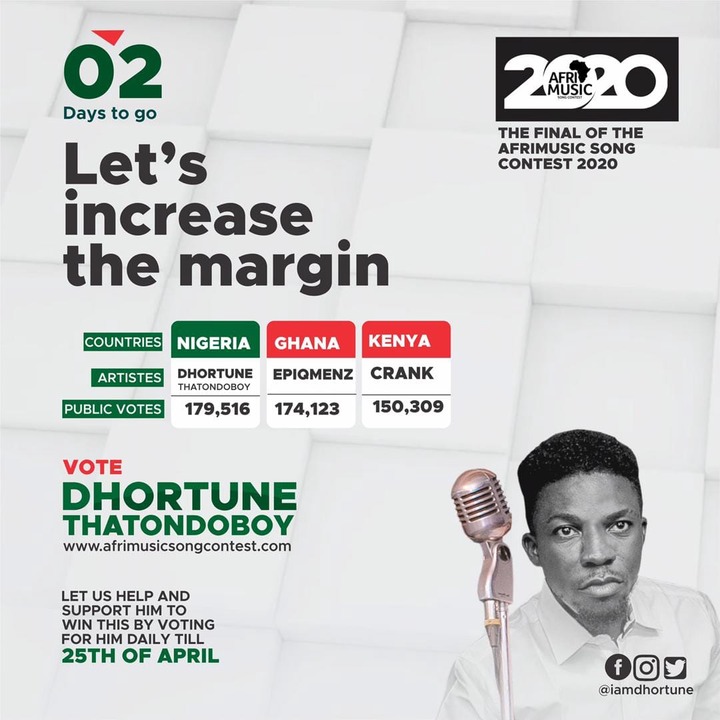 Dhortune has performed alongside several top musicians such as King Sunny Ade, Yemisax, Yemi Blaq among others.

Known for his energy and versatility whether performing with his band or as a solo artist, his style of music is a fusion of contemporary Afro-Highlife with promotes the Ondo-yoruba African culture. 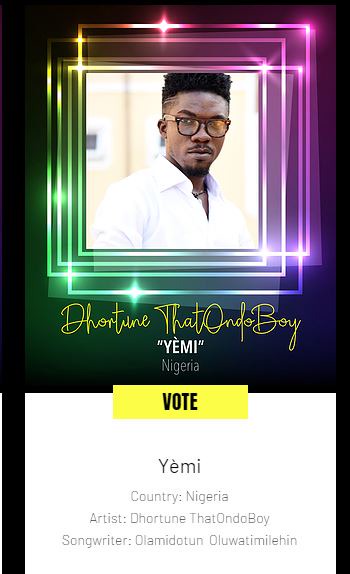 Please support Dhortune not to fail in this contest by voting his song YEMI (My Mother). He's the hope of Nigeria at the ongoing Afrimusic Contest. Let's increase his present lead margin as we approach the end of 2020 Afrimusic Contest on Saturday.