Popular Italian Football Journalist, Fabrizio Romano practically sent Manchester United fans in Europe and across the globe into a wild frenzy earlier this afternoon as he announced the contract extension of United’s Uruguayan Striker, Edinson Cavani. 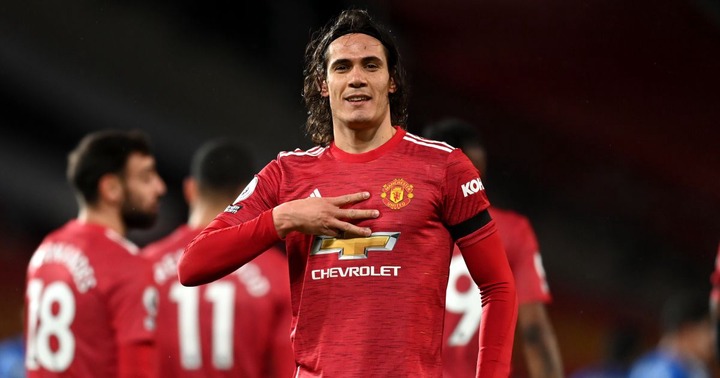 “@FabrizioRomano: Edinson Cavani has signed his contract extension with Manchester United, here we go! The agreement has been completed, Cavani has accepted to stay after Man Utd board and Solskjaer were pushing to keep him. Confirmed and done deal. #ManUtd #Cavani,” Romano tweeted.

According to him as well, Cavani, expressing his delight at renewing his deal with the club stated that: “Here I felt the confidence of the manager. I’ve not yet been able to play in front of the Old Trafford crowd and that is something that I cannot wait to do.”

Cavani reportedly put pen to paper on a 1-year extension to his current deal which was set to expire at the end of this 2020/2021 season, and ecstatic United fans have this to say about the development:

@analmylatina: A big W for football

@Czooba: EL Matador to dominate the league next season!

@saint_koe: We winning the league

@KipstaUnited: What a man united fan needed to hear, thank you fabrizio see you in a month for the jadon sancho here we go mate

@abdultreasure: Positive news coming from my club, waiting on Pogba to sign the dotted line

@UtdJackkkk: AND SOLSKJAER HAS DONE IT!

@Edward_G8: It continues next season, Luke Shaw with a cross..... What a beautiful header from Cavani

@Ekremkonur: Cavani made the right decision.

@TosynOdetoran: He should be our main striker as long as he's fit. The coach won't do this cos his DNA kid Anthony Martial is his choice. He should sell Martial. 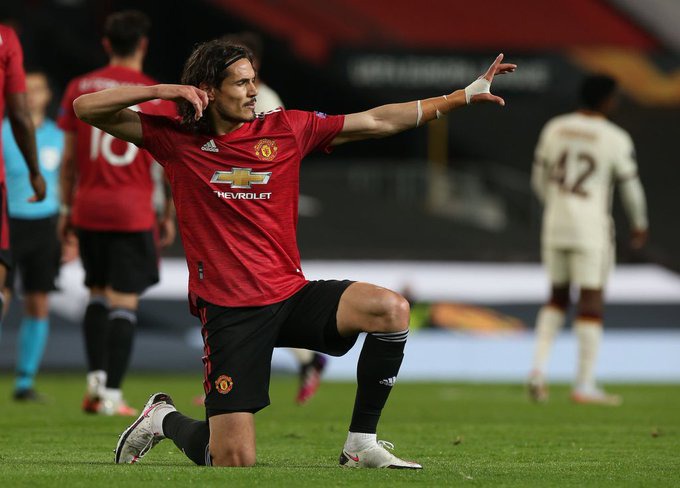 Since making his debut for United against Chelsea in the Premier League on October 24, 2020, Cavani has made 32 appearances in all competitions for the Red Devils, and he has scored an impressive 15 goals in the process.

Share your thoughts on this with me in the comments section, please. Don’t forget to follow TadeCollins on Opera News for more juicy and informative gist, and kindly like, comment on the news app, and share the articles as well, please. Thank you.

Content created and supplied by TadeCollins.Opera News is a free to use platform and the views and opinions expressed herein are solely those of the author and do not represent, reflect or express the views of Opera News. Any/all written content and images displayed are provided by the blogger/author, appear herein as submitted by the blogger/author and are unedited by Opera News. Opera News does not consent to nor does it condone the posting of any content that violates the rights (including the copyrights) of any third party, nor content that may malign, inter alia, any religion, ethnic group, organization, gender, company, or individual. Opera News furthermore does not condone the use of our platform for the purposes encouraging/endorsing hate speech, violation of human rights and/or utterances of a defamatory nature. If the content contained herein violates any of your rights, including those of copyright, and/or violates any the above mentioned factors, you are requested to immediately notify us using via the following email address [email protected] and/or report the article using the available reporting functionality built into our Platform. Read more>>