Fun Facts and Pictures About "Boxing Day" The 26th Of December 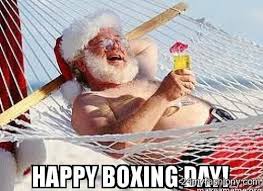 Boxing Day is traditionally the day following Christmas Day , when civil servants and tradesmen would receive gifts from their superiors.This custom is linked to an older English tradition: Since they would have to wait on their masters on Christmas Day, the servants of the wealthy were allowed the next day to visit their families.The employers would give each servant a box to take home containing gifts and bonuses, and sometimes leftover food.In general term, it's a gift sharing day. 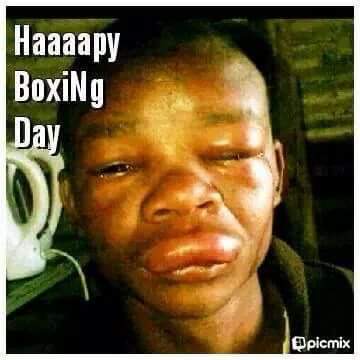 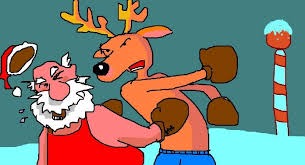 1. Boxing Day is called boxing day because it was the day the family opened the box for the poor.

2. The Christmas Box was often made of clay or wood and was where people placed gifts.

3. During the age of exploration, a Christmas Box would be placed on a ship for good luck. A priest would often place it there, and crewmen would drop money in it to ensure a safe return. If the ship returned safely, the priest would take the box and distribute the contents to the poor.

4. Every church in England had an alms box which was where folks placed money for the poor. The box was opened on Dec. 26 and the contents were distributed to the poor of the parish.

5. The tradition still continues today. Many of us give small tokens to local workers. Kids also collect things in boxes to be given to the local poor.

Also...What other names do we have for the day after Christmas? Check out the top facts here!

2. In South Africa, Boxing Day is known as ‘Day of Goodwill’.

4. In other continental European countries, it is known as ‘Christmas II’ or ‘Second Christmas Day’.

5. Boxing Day traditions depend on the location,however it includes shopping, giving money and gifts to the less fortunate, and a day of watching sporting events like horse racing and football.

6. On Boxing Day 2004 a massive earthquake created a tsunami around the Indian Ocean resulting in the deaths of over 300,000 people.

7. In Australia, New Zealand, Canada and UK, Boxing Day is the heaviest shopping day of the year.

8. Boxing Day is one of the British bank holidays recognized since 1871.

9. Most Nigerians believe Boxing Day is a day dedicated to boxers.

10. On Boxing Day in the UK, the most popular online searches for shopping are sale items.

Make sure you give someone a gift today. Happy Boxing Day