See the African country where Christianity does not exist, and no single church can be found

See the African country where Christianity doesn't exist, and no single church are often found 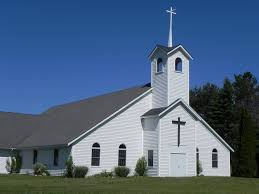 In Somalia, there are thought to be no quite thousand Christians among an 8 million-strong resident population, with perhaps a couple of thousand more within the diaspora. The Islamist Shabab militia, which controls most of South Somalia, is devoted to chasing down these remaining Christians and eliminating each.

On Fridays, Christian men attend mosques, so as to not fire up suspicion. The Bibles are kept secretly . there's no public assembly, including a church. Catholic churches and cemeteries were torn down. The last nuns were chased call at 2007, within the smashed capital, Mogadishu. An elderly nun working during a hospital was murdered there the year before. the sole Christian believers left are local Somalis.

Catching and killing these Christians is beneficial propaganda for the Shabab, not least because they indoctrinate their young fighters and suicide bombers within the belief that America, Britain, Italy, the Vatican, along side Ethiopia and Kenya, are all "crusaders" trying to convert Somalis to Christianity. The UN nefariously lurks behind them. in fact Israel is additionally doing its part to undermine Islam.

Sheik Sharif Ahmed's shaky transitional government, whose writ runs weakly across the territory that the Shabab isn't yet running, is unlikely to talk up for any of its citizens caught with a Bible. Although he professes moderation, he promotes a version of shariah whereby every Somali citizen is born a Muslim and whoever converts to a different religion is guilty of apostasy, punishable by death.

Several Somalis are murdered monthly for being Christian. Sometimes that's just a label that the jihadists stick with people they think working for the intelligence of Ethiopia. But many are just believers. within the previous couple of months a minimum of 13 members of underground churches are killed, consistent with Somali sources and Christian groups monitoring Somalia from abroad. Most were Mennonites, evangelized in southern Somalia by the missionaries on the Juba River.