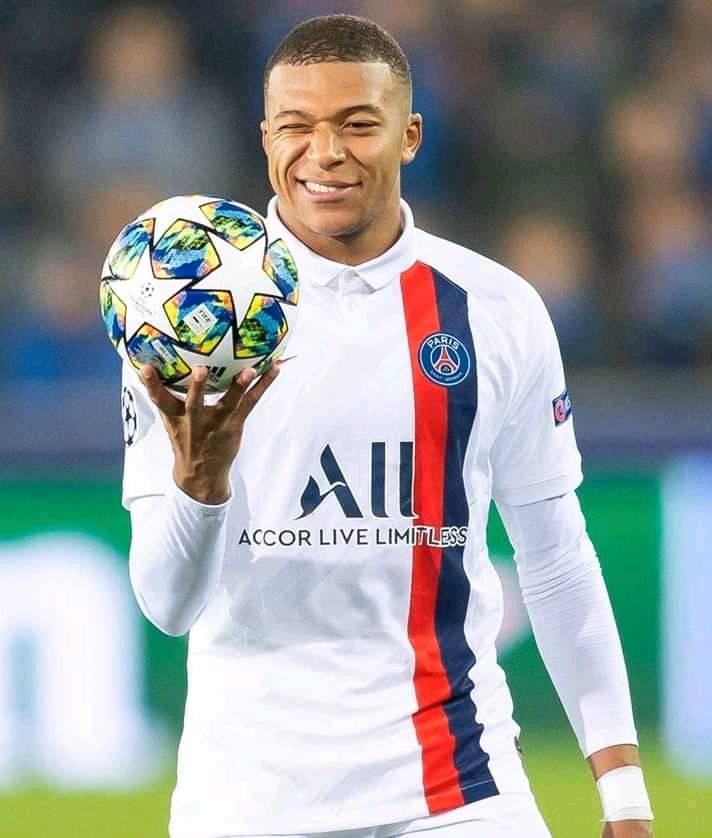 The PSG forward won last season's golden boot with 33 goals in 29 league appearances, this season, he was able to scoop the award this season with 18 goals.

The Ligue 1 season was cancelled, last week with PSG been awarded the title.

Mbappe maybe should have shared the golden boot with Monaco striker Wissam Ben Yedder as both players were tied on 18 goals.

But the Ligue 1 has officially awarded Kylian Mbappe the 2019-20 golden boot award.

The decision to award him the golden boot was based on technicality involving penalty, Mbappe scored all his goals from open play while Ben Yedder needed three penalties to reach his own tally of 18 goals.

Also Mbappe's goal-per-game ratio is superior to that of Ben Yedder, the PSG forward scored 18 goals in 20 games, his competitor [Ben Yedder] has 18 goals in 25 games.

#EndSar: See Photos Of Youth Who Lost Their Life In The Lekkimassacre.

Greizmann, Ronaldo, Saka, Mbappe and three others who made a switch to coveted No. 7 shirt

Does Kylian Mbappe have Nigerian Roots? See the Facts and Reactions after his Recent Post

12 Unforgettable Actors Who Died Before Their Film Could Be Completed

Age Is Just A Number: 5 Footballers Who Married Women Thar Are Much Older Than Them.

"No One Should Play For Nigeria National Team Again";Fans Reacts To Ighalo's Words On Lekki Killings

Top 10 Footballers With The Best Tattoos

OPINION: Why Cavani And Bruno Fernandes Will Fight At Manchester United

Top 10 Active Players With Most Goals In The World. (See The List)

1 Year After She Threatens To Smoke Weed With Holy Quran: See Recent Photos Of The Nollywood Actress

Are You Guilty? See 7+ Set Of People You Will Find In The #Endsars Protest

Beauty Made: Top Six Famous Footballers Who Have Had Plastic Surgery. (Details Below)