How to solve transportation problems in Nigeria

Nigeria like other Africa nations has transportation problems this is owing to the continuous increase in population without a corresponding development plan to cater for the exponential growth in her population. As the population increases there are pressures mounted on the already existing infrastructures which make them wear out within the shortest time possible. 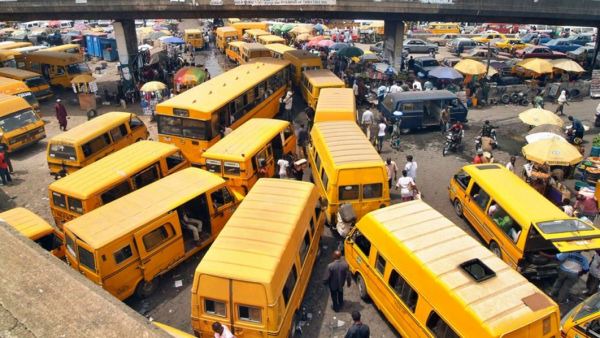 In the past few decades, Nigeria as well as, other African nations has been experiencing huge population increase. For instance, African Association OF Public Transport (AAPT) estimated that by the year 2020 some 55% of Africans will be living in the urban areas which mean such fast‐growing cities will face enormous challenges in terms of infrastructure provision and the need to cope with the increasing demand for transport.

Today in Africa, public transportation is dominated by the operations of the ‘disorganized’ informal sector, that is, market‐based, unregulated, low-capacity service offers. This is to say that the dominance of these services hampers economic development and reduces the quality of life for citizens as the large number of vehicles required to meet demand causes congestion and parking problems.

The situation in Lagos; a state in Nigeria and the largest city in Sub-Saharan Africa can be said to mirror the transportation problems in Africa. Lagos is a state with an estimated population of 23, 305,971, a total area of 3, 577.28 square kilometers of which 779.56 square kilometers representing about 22% is wetland and a population density of 6, 515 persons per square kilometers.

According to Lookman Oshodi, Lagos being one of the largest cities in the world grows in population rapidly, at a rate of nearly 3.2% per annum. The state has a rapid growth of the private vehicle fleet, combined with reliance on commercial vehicles and motorcycles including Danfo, Shared Taxis, Okada, Keke Marwa and boat which reflects the over usage of road transportation which in time past resulted in extreme traffic congestion throughout the city.

Transportation, no doubt is one of the indispensable factors in any nation. Transportation which is the movement of persons, as well as, goods from one point to another determines the economic health of any nation. This is simply because, people have to move from their respective residential area to industrial arenas to engage in productive activities which keeps the country running and also the goods, after production need to get to the markets where they are needed and paid for, how then can one achieve these movements if not through good transportation networks.

Nigeria has been having transportation problems right from periods dating back to immediately after the civil war (1967-1970) and successive government have been working assiduously to overcome this major problem Nigeria is battling with like her other African counterparts.

However, one of the major issues revolving around why this problem has persisted is the use of old transport systems. Most countries of the world have moved away from the major use of road transportation. Nigeria having road transportation at her center only have to suffer longer than necessary.

Countries like China, the USA, France, Germany, even United Kingdom (UK) have all embraced innovations in transportation. The innovations, such as; viable Rail transportation which is very safe and affordable, Water transportation has also been harnessed by these developed nations of the world to reduce the concentration on the road transportation, although the oldest but still the most subscribed to by many.

The way out of these transportation problems which is one of the major obstacles hampering trade within the African sub-region is to explore other alternative routes to road transportation massively used by most underdeveloped and developing nations.

For instance, huge investment in Railroad transportation will have a direct effect on the cost of goods and services as the reduction in the cost of transportation during productive processes will effectually reduce costs per good and increase standard of living by a substantial percent.

The use of light rail is now a common trend in most developed nation; Nigeria can also embrace this and invite foreign investor in this sector to reduce the cost on the federal government of Nigeria.

Water ways should also be explored tremendously. This is because there are shorter routes to the destinations of majority of the individuals who ply the road but because that is about the only means of movement, they have no choice than to subscribe to the long route.

Other nations of the world have also subscribed to the use of underground tunnels which also reduces the number of people plying the roads. This can also be a veritable source of transportation for Nigeria. The federal government of Nigeria under the leadership of President Muhammadu Buhari can give this a try as I believe it will help in no little measures.

With exploration of other alternative sources of transportation aside from the common road transportation, Nigeria can join other nations of the world with viable transportation systems which are of world standard.