Top Five Richest Clubs In The World In The Year 2020.

The 13-time champions of Europe and one of the best supported clubs in the world, Real Madrid generated over $80 million more than anyone else.

There was no European glory in 2019 or 2020, but the Spanish superclub benefit from a substantial share of La Liga TV revenue.

Real Madrid are usually a lock to top the world football revenue charts, though they slipped to third in 2018, behind Manchester United and Barcelona. Los Blancos are constantly linked to the biggest names, and it’s rare they miss out on a player they want.

At the centre of an almighty transfer saga that wasn’t with Lionel Messi this offseason, Barcelona are a club in turmoil.

A Champions League thrashing and missing out on the La Liga title has caused problems with their star man, but the Catalan giants continue to generate as much revenue as any non-Real club.

Hefty wages to ageing stars has hamstrung Barca in recent years. Their squad management isn’t perfect, but they remain one of the best, and wealthiest, teams in the world.

No league title since 2013. In and out of the Champions League since then. Manchester United are so big, they can ride a period of relative on-field disappointment.

Ed Woodward keeps finding revenue in the most bizarre sponsor partnerships – the club are a successful business even if their fans are frustrated.

Fourth on this list are German and European champions Bayern Munich.

Bayern aren’t associated with the same flashy signings as the previous trio, but they heavily invest in their squad and pay their players handsomely.

Where Manchester United, Real Madrid and Barcelona can often appear chaotic, and perhaps erratic in the transfer market, the Bavarian giants are calmer, getting on with their transfer business without the same furore.

Manchester City’s revenues have gone through the roof in recent years. They were ninth in the world at $362 million back in 2013 and 16th at $153 million in 2011. Investment has been plentiful, and the trophies have followed.

Beautiful football has been played in the light blue of Manchester City since the arrival of Pep Guardiola and records continue to tumble.

Now one of the biggest football clubs around, there is no sign of first team funding slowing down as City pursue their Holy Grail: the Champions League. 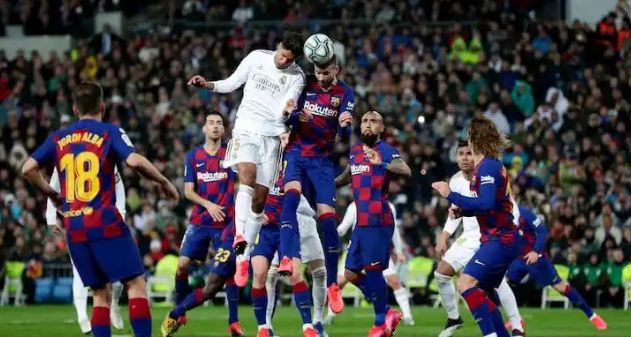 Content created and supplied by Imtboytaiwo.Opera News is a free to use platform and the views and opinions expressed herein are solely those of the author and do not represent, reflect or express the views of Opera News. Any/all written content and images displayed are provided by the blogger/author, appear herein as submitted by the blogger/author and are unedited by Opera News. Opera News does not consent to nor does it condone the posting of any content that violates the rights (including the copyrights) of any third party, nor content that may malign, inter alia, any religion, ethnic group, organization, gender, company, or individual. Opera News furthermore does not condone the use of our platform for the purposes encouraging/endorsing hate speech, violation of human rights and/or utterances of a defamatory nature. If the content contained herein violates any of your rights, including those of copyright, and/or violates any the above mentioned factors, you are requested to immediately notify us using via the following email address [email protected] and/or report the article using the available reporting functionality built into our Platform. Read more>>