View pictures in App save up to 80% data. The goals have been scored in different ways, through a skillful dribble past several defenders before scoring, an overhead kick, a powerful one-touch volley, a special trick, flick, or back-heel, a beautiful team-goal involving many passes, a perfectly executed free kick, a powerful long-range shot, etc. There is no doubt that football is an art with simple rules that allow players to create a variety of tricks, skills, passes, and shots. To catch sight of the players’skills and cooperation in every corner of the field evokes an unbelievable aesthetic experience. However, what epitomizes the genuine art of football is scoring goals. The delight of watching the ball as it crosses the line is inexplicable as if one is witnessing the unfolding of a sublime masterpiece. In a blink of an eye, millions of people jump out of their seats, their entire body shivering from excitement. The moment may pass us by, but the memory lasts. The potential for novelty has seen the popularity of the beautiful game grow with unabated vigor.Top best goals usually require skill, acrobats, and amazing touch. Let's relive the whole-experience of 6 of the best and most memorable goals of the decade: 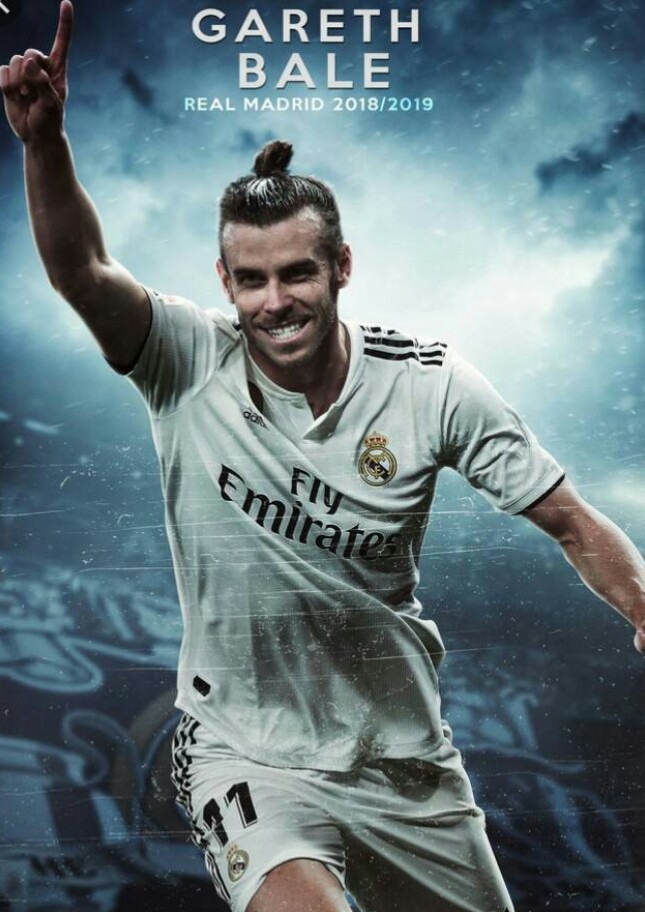 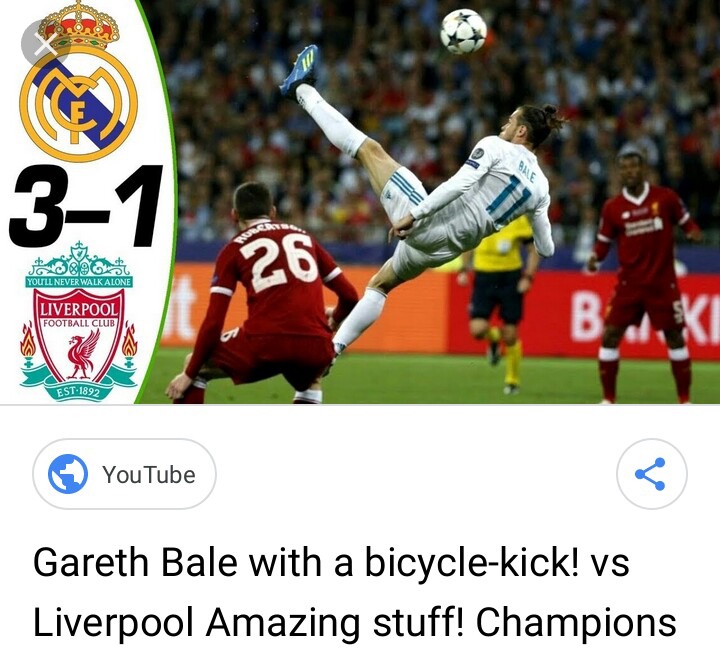 View pictures in App save up to 80% data. He played soccer, rugby, and hockey at Whitchurch High School in Cardiff and started his professional career at Southampton, where he played left back. He had an incredible season in 2010, playing for Tottenham in the Champions League and winning the Wales Player of the Year Award. In 2018, Gareth Bale scored an overhead kick for Real Madrid against Liverpool which was called one of the best goals of the decade by many fans. 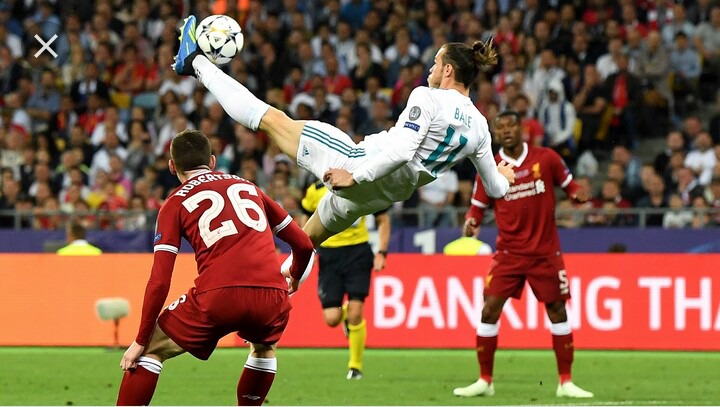 View pictures in App save up to 80% data. Entering the 2018 UEFA Champions League Final as a substitute in the 6th minute, the Welshman scored one of the most amazing UCL final goals by a bicycle kick and helped Real Madrid to a fourth Champions League triumph. Bale delivered an incredible kick to leave Liverpool goalkeeper Loris Karius without a chance. 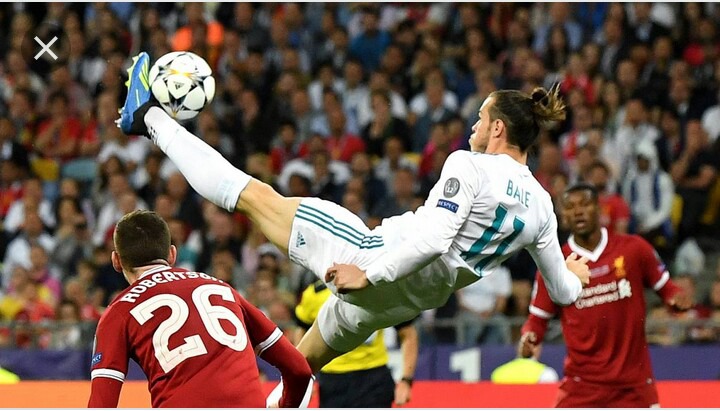 View pictures in App save up to 80% data. He put Real Madrid up once more 2-1. Many compared Bale’s goal to the one scored by his teammate Ronaldo earlier in that year's competition and Zidane's strike in 2002. During the same match, Bale scored another goal to give Real Madrid their third Champions League triumph. 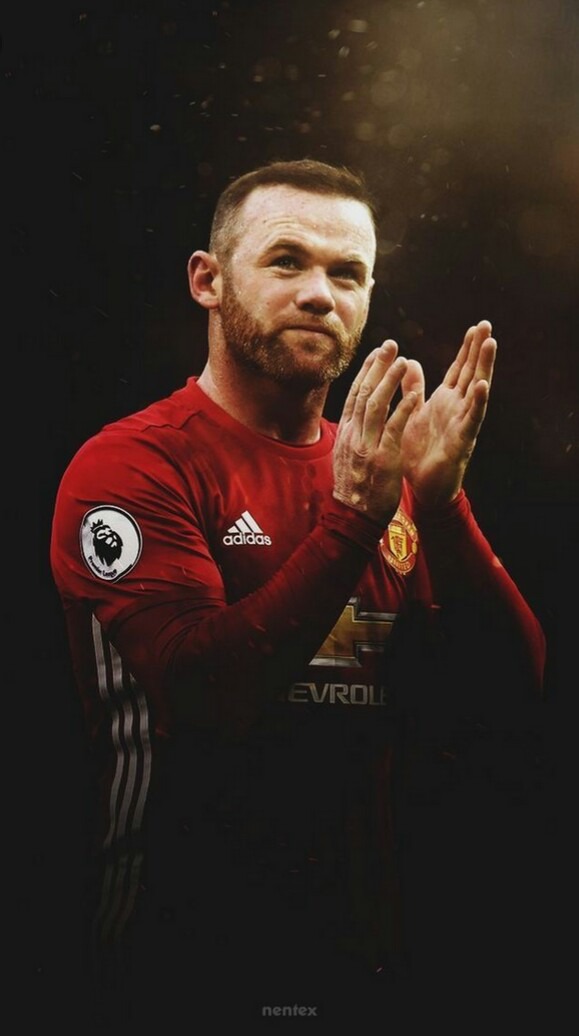 View pictures in App save up to 80% data. 5. Wayne Rooney

Wayne Rooney is an English professional football player. He is currently playing for Manchester United. He is currently captain of both Manchester United and England National Team. He played most of his career as a Forward. Rooney on occasions has played s a Winger, Attacking Midfielder and Box-to-box Midfielder. He is regarded as one of the best players England has produced. 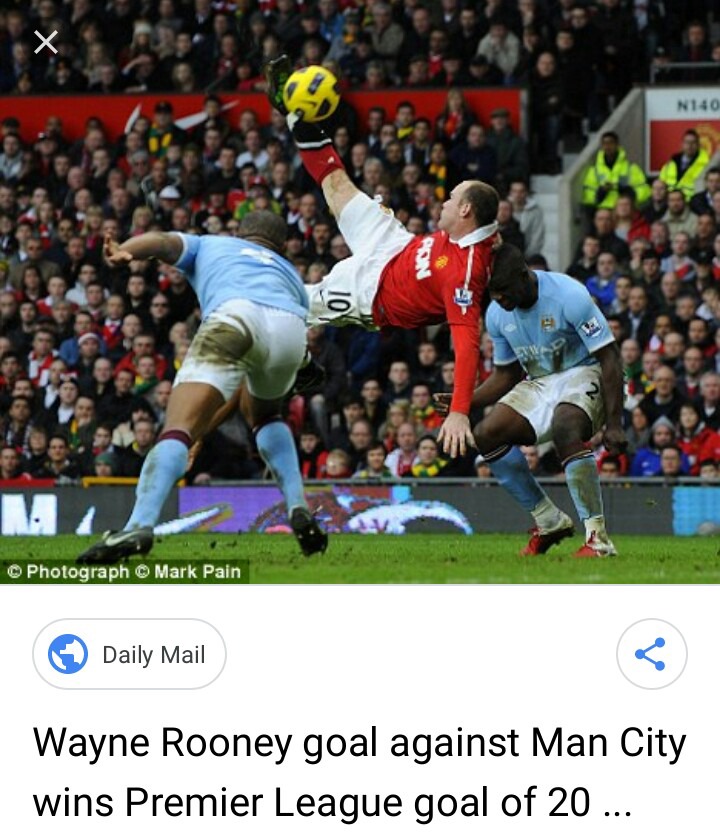 View pictures in App save up to 80% data. Described as the best goal of the decade, Wayne Rooney’s stunning bicycle kick goal in the 78th minute earned the Red Devils a critical 2-1 victory against their rivals Manchester City. 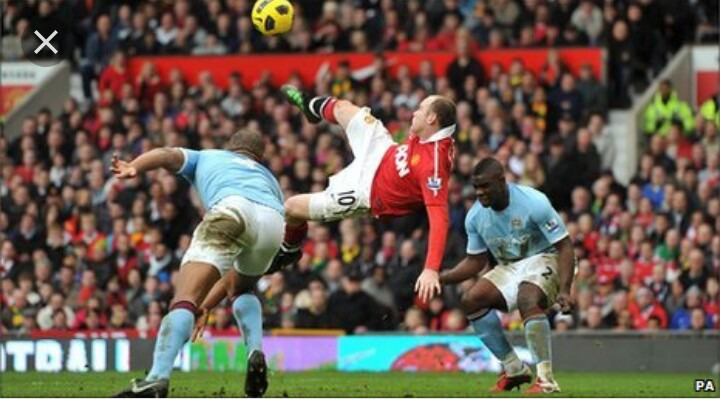 View pictures in App save up to 80% data. The Manchester derby contest was at Old Trafford on February 12, 2011. Rooney’s goal came in the 78th minute of the game, and was a spectacular overhead kick from the player, described as his best and most vital goal for Man United. Rooney called the goal "the best I have ever scored." The goal was nominated as the best goal in the past 20 years of the Premier League. 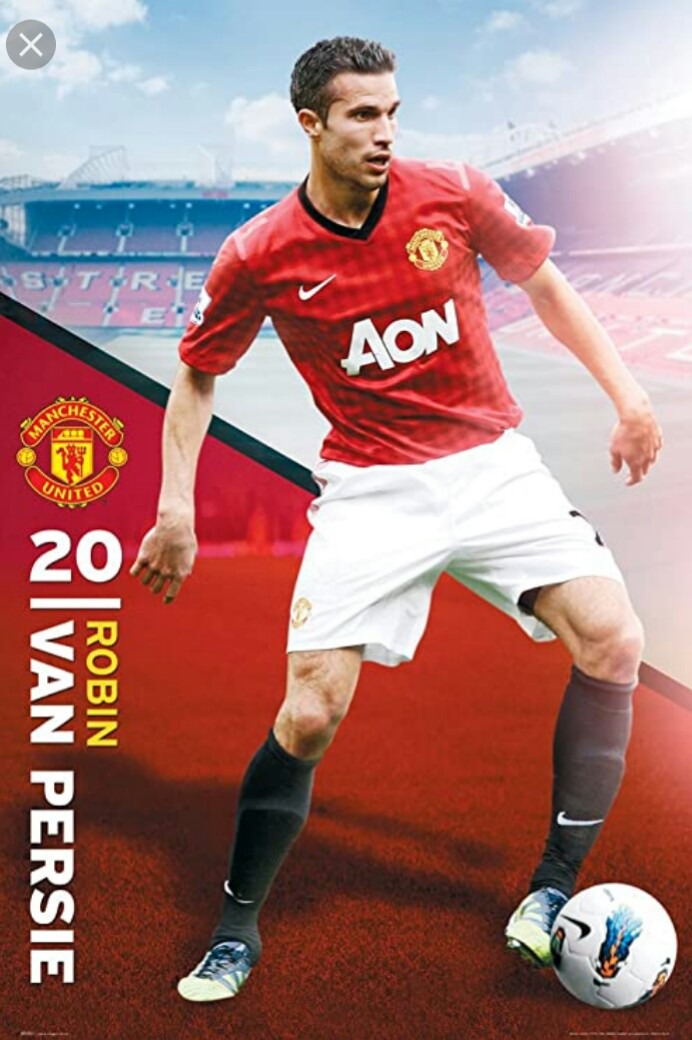 View pictures in App save up to 80% data. 4. Robin van Persie

Robin Van Persie is one of the noticeable figures in the football World. He is a Dutch professional football player who currently plays for Turkish Super Lig club Fenerbahce and represents his national team the Netherlands alongside players like Volkan Demirel and Roberto Soldado. 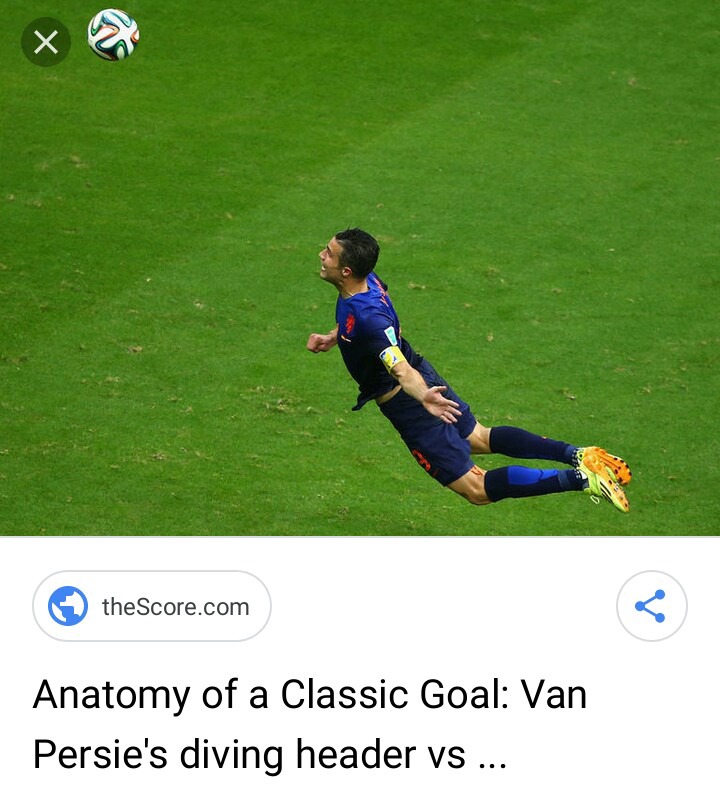 View pictures in App save up to 80% data. He plays wearing a Jersey number 32 in the field as a forwarder. On the club level, he has played from a number of the clubs including Feyenoord, Arsenal, Manchester United, and Fenerbahce. This 32-year-old football player stands 6 Feet 2 Inches tall and his body weight is 71 kg in scale. Regarding his nationality, he is a Dutch and his ethnicity is white. 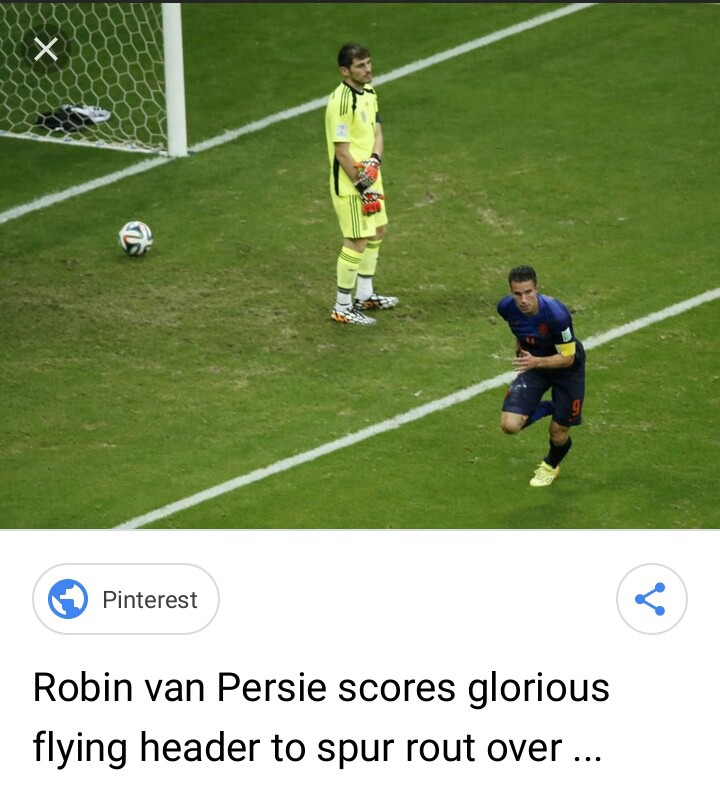 View pictures in App save up to 80% data. He is quite stubborn in the field and usually collects red and yellow cards. His colleagues called him a flying Dutchman. No one has ever scored a goal like Robin van Persie’s on a similar stage, the opening group phase match of the World Cup. A diving header from van Persie fulfilled the archaic yearning of every human to fly, leaving the world champions in awe as they suffered a crushing 5-1 defeat. 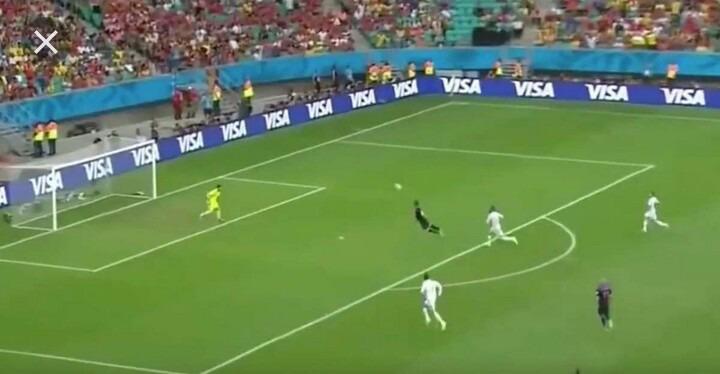 View pictures in App save up to 80% data. Flying Dutchman was played just onside and flung his entire body in one dolphin-like motion at the ball, blasting it into the goal from inside the penalty box to begin the scoring for the Netherlands in the team’s 5-1 romp over Spain. The decisive scoreline for Holland in a replay of the 2010 final was the worst defeat for a defending champion in the history of the World Cup, but what will be most remembered in this game was Van Persie’s stunning goal. 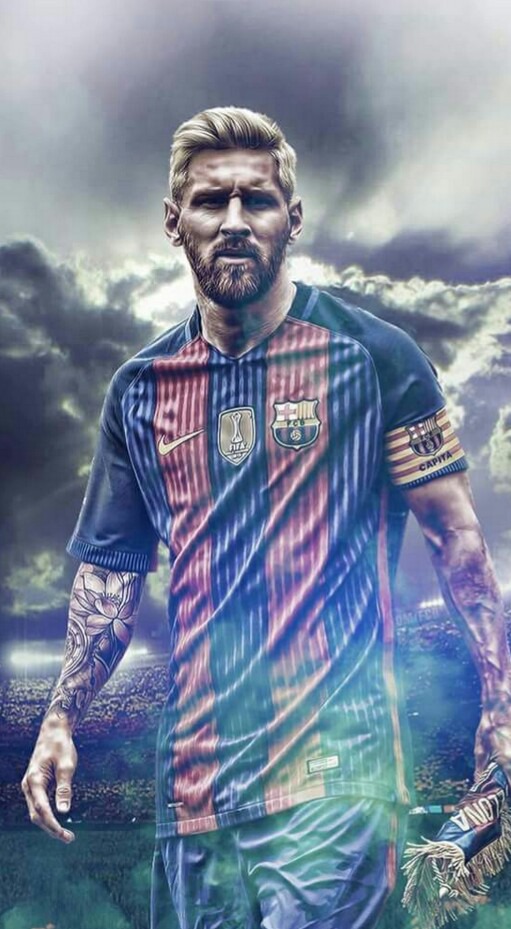 View pictures in App save up to 80% data. 3. Lionel Messi

Luis Lionel Andres (“Leo”) Messi is an Argentinian soccer player who plays forward for the FC Barcelona club and the Argentina national team. At the age of 13, Messi moved from Argentina to Spain after FC Barcelona agreed to pay for his medical treatments. There he earned renown as one of the greatest players in history, helping his club win more than two dozen league titles and tournaments. 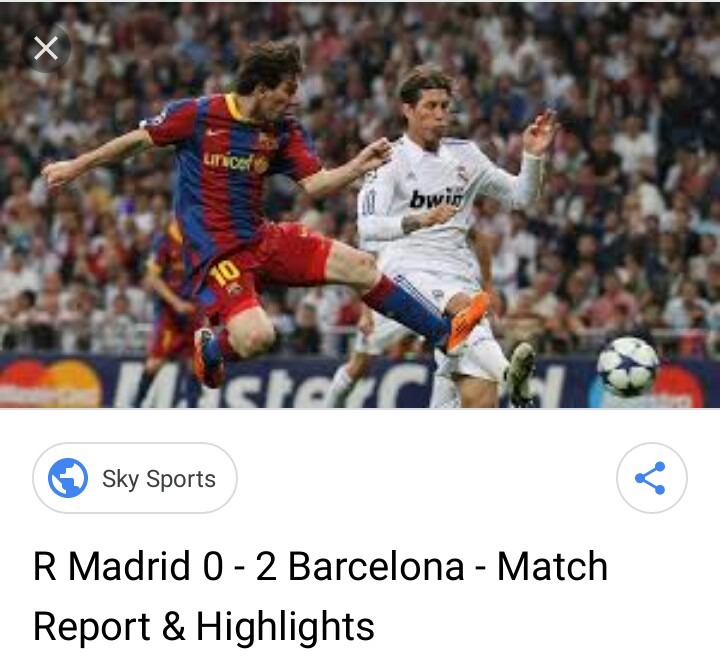 View pictures in App save up to 80% data. In 2012, he set a record for most goals in a calendar year, and in 2019, he was named Europe's Ballon d'Or winner for the sixth time. An unimaginable solo run and finish from Lionel Messi brought Los Blancos to their knees in the 212th El Clasico derby and paved the way for Barcelona’s 4th UCL title a month later at Wembley Stadium in London. 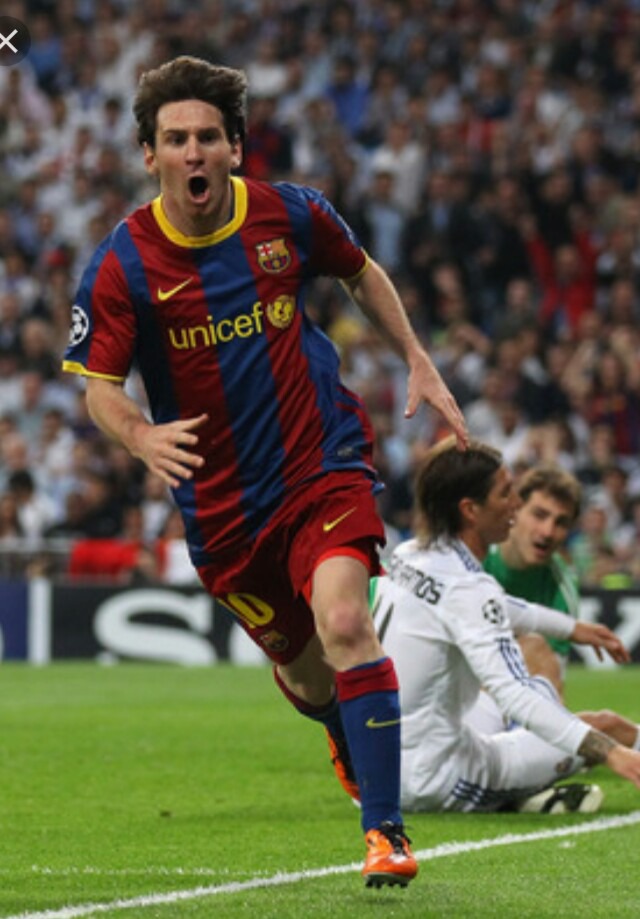 View pictures in App save up to 80% data. Messi has named his favorite ever game as a highlight from that very season: the 2-0 win at Real Madrid in the Champions League semifinals. Despite Barcelona's tiki-taka playing style, Messi suddenly decided that he didn't need any of his teammates and started a stunning mazy run that only last-minute tackles, at best, could bring to an end. The Argentine genius scored a sensational goal after passing four Madrid players and sending the ball beyond Iker Casillas. 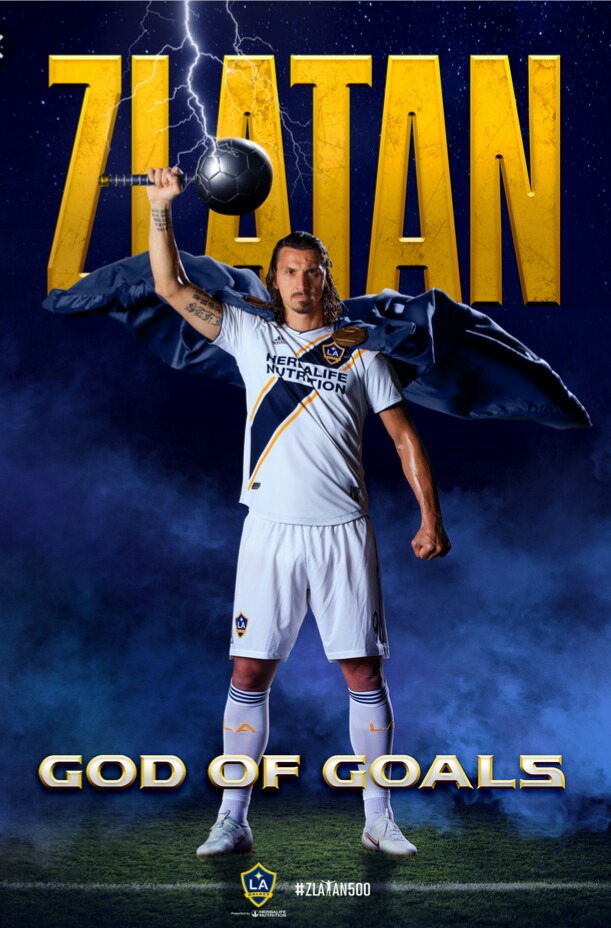 View pictures in App save up to 80% data. 2. Zlatan Ibrahimovic

Zlatan Ibrahimović (born 3 October 1981) is a Swedish professional footballer who plays as a forward for Manchester United. He was also a member of the Sweden national team from 2001 to 2016, serving as captain from 2010 until his retirement. 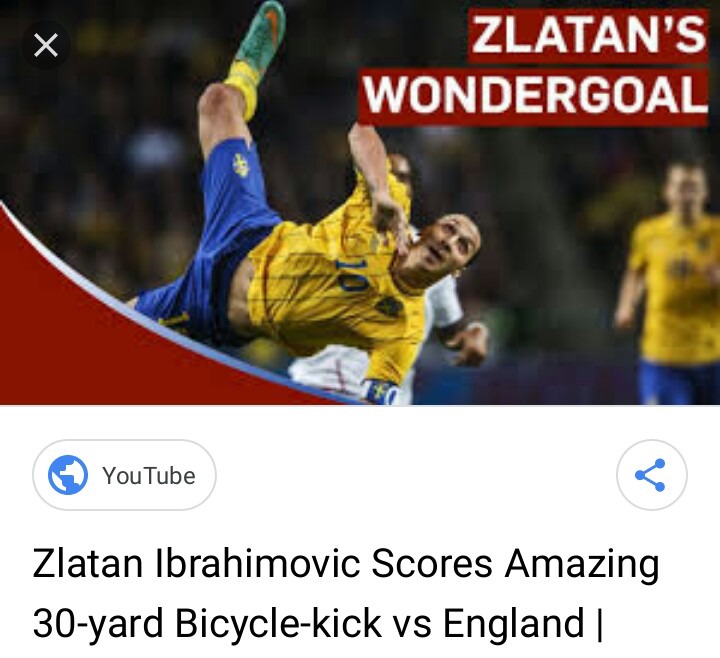 View pictures in App save up to 80% data. Primarily a striker, he is a prolific goalscorer, who is best known for his technique, creativity, strength, ability in the air, and his powerful and accurate striking ability. As of August 2017, he is the most decorated active footballer in the world, having won 33 trophies in his career. With only 12 minutes remaining of a friendly against Sweden in Stockholm, England were 2-1 up. 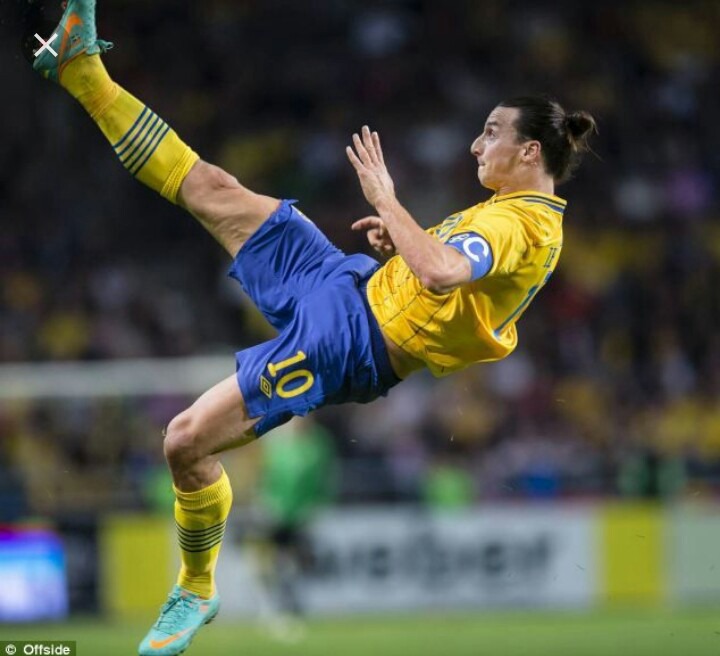 View pictures in App save up to 80% data. Then, ‘The Lion’launched an absurd scissor-kick volley from 35 yards out to prove he can make “humans” remember even the everyday friendly matches of football. Zlatan Ibrahimovic, who played for Paris Saint-Germain, scored three goals in the last 12 minutes, bringing his tally for the game to four after he opened the scoring. It's the last of the four goals that will be most remembered, a sensational, absurd, extraordinary scissor-kick volley as Sweden marked the opening of their new stadium with victory over England. 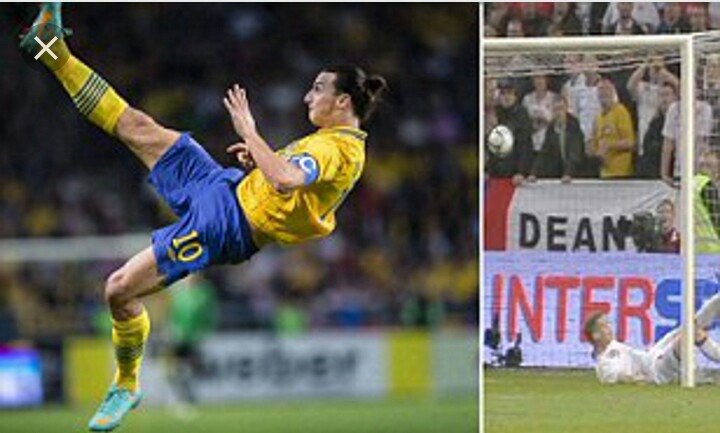 View pictures in App save up to 80% data. It was a wondrous strike that combined magnificent technique with unerring accuracy, drawing applause from each and every spectator. Ibrahimovic said, "When he headed it I had it in my mind to try to score. I hit it in mid-air and, when I landed, saw their defender [Ryan Shawcross] running back to try to clear but it bounced over him. It was a good try, that is all. When it comes off it looks fantastic but, for me, I liked the first goal more because it was history: the first in the new arena." 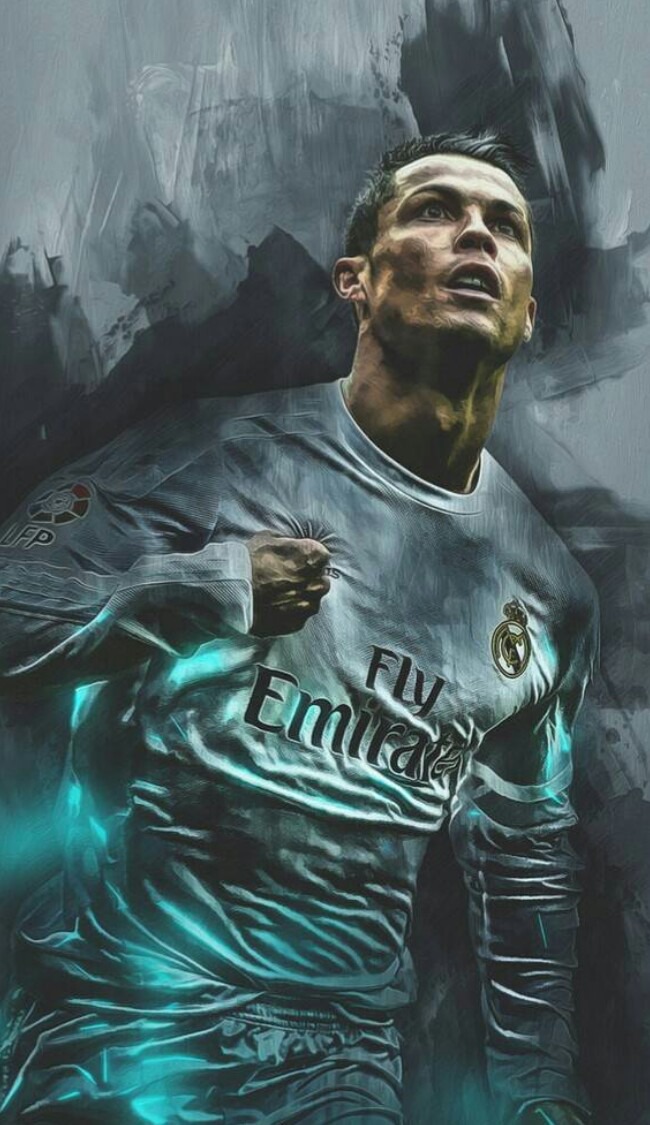 View pictures in App save up to 80% data. 1. Cristiano Ronaldo

Cristiano Ronaldo dos Santos Aveiro is a Portuguese soccer superstar. By 2003 — when he was just 16 years old — Manchester United paid £12 million (over $14 million U.S. dollars) to sign him, a record fee for a player of his age. In the 2004 FA Cup final, Ronaldo scored Manchester's first three goals and helped them capture the championship. 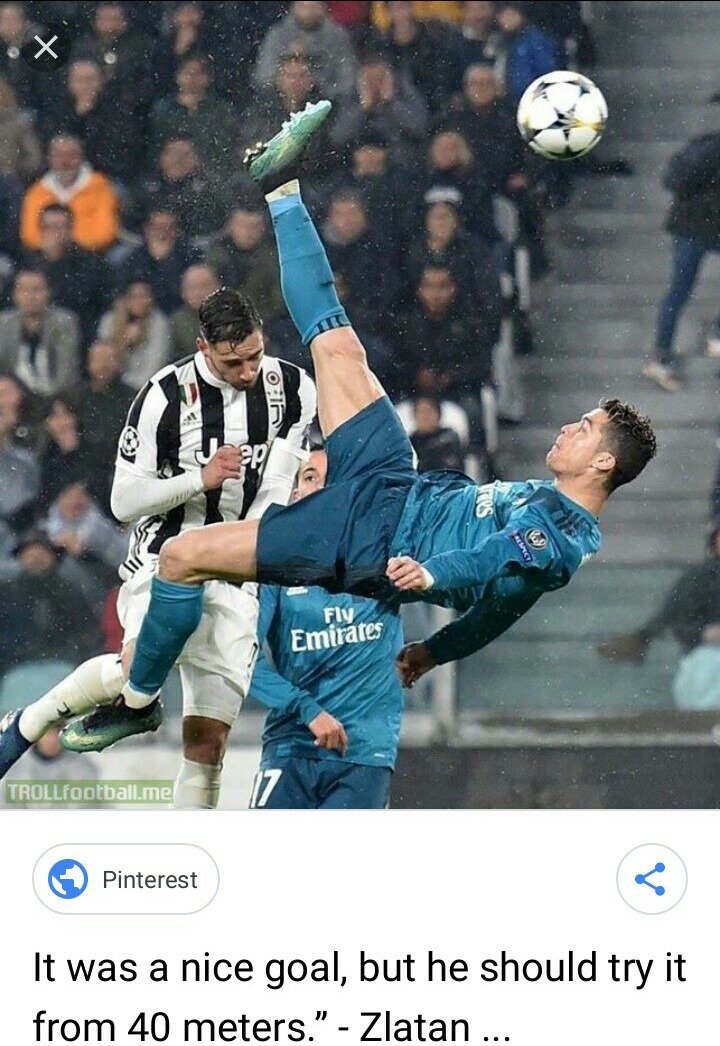 View pictures in App save up to 80% data. He set a franchise record for goals scored in 2008, before Real Madrid paid a record $131 million for his services the following year. Among his many accomplishments, he has won a record-tying five Ballon d'Or awards for player of the year, and led Portugal to an emotional victory in the 2016 European Championship. 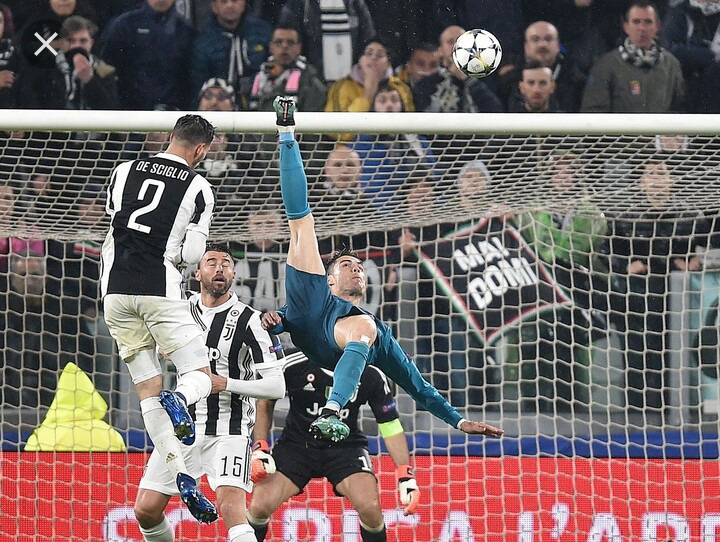 View pictures in App save up to 80% data. In July 2018, Ronaldo embarked on a new phase of his career by signing with Italian Serie A club Juventus. The swift overhead kick of Cristiano Ronaldo left Gianluigi Buffon, one of the greatest goalkeepers of all time, stunned and assisted Los Blancos on their way to win the UEFA Champions League for the 13th time. In the 64th minute, going away from goal, Ronaldo leaped into the air to meet a cross from Daniel Carvajal and put enough power on the shot to leave Juventus goalkeeper helpless and to make it 2-0. For a brief moment, there was stunned silence. It felt as if nobody could comprehend what they had witnessed. 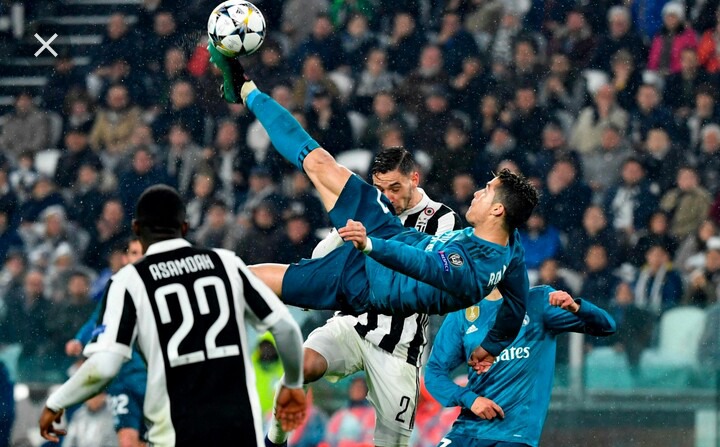 View pictures in App save up to 80% data. Then the applause broke out. It came from all sides of the stadium. The Juventus supporters rose to their feet to applaud the football genius and being a rival did not matter at the moment. Some people believe that Ronaldo is inferior to Lionel Messi, and unfortunately their careers are always compared by the magic of them existing at the same time. Rather than people being grateful for the luck of having the two in the same generation, comparisons are usually made in order to denigrate one or the other. Maybe it’s time to stop searching for comparisons between the two greatest footballers on Earth.

Content created and supplied by SportsGlobal.Opera News is a free to use platform and the views and opinions expressed herein are solely those of the author and do not represent, reflect or express the views of Opera News. Any/all written content and images displayed are provided by the blogger/author, appear herein as submitted by the blogger/author and are unedited by Opera News. Opera News does not consent to nor does it condone the posting of any content that violates the rights (including the copyrights) of any third party, nor content that may malign, inter alia, any religion, ethnic group, organization, gender, company, or individual. Opera News furthermore does not condone the use of our platform for the purposes encouraging/endorsing hate speech, violation of human rights and/or utterances of a defamatory nature. If the content contained herein violates any of your rights, including those of copyright, and/or violates any the above mentioned factors, you are requested to immediately notify us using via the following email address [email protected] and/or report the article using the available reporting functionality built into our Platform. Read more>>