We live in a world where impossibilities are made possible. It is on that note I bring to you the top 10 biggest and most unexpected wins in sport betting, having in mind that there may be other bigger wins but the ones that were revealed either by the actual punter or revealed anonymously are the ones we would actually know. But whoever they were they may have never expected a win yep! Betting is perceived as an activity which strictly relies on luck; oh yes it pure luck there has never been any story in where anyone could correctly predict the future. If such exist sports betting would be seen as an investment and not a gamble. But however it is it could turn your financial status around instantaneously. 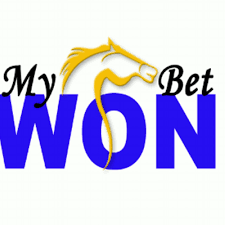 Mick Gibbs, a roofer by profession, Just two years after his first big win, Gibbs chose to put down 30 pence on a 15-leg accumulator bet with astonishing odds of 1,666,666/1. Gibbs predicted the first 14 games correctly, with the final Champions League match between Bayern Munich and Valencia ending in penalties, and Bayern Munich’s goalkeeper making a move that won Gibbs a substantial figure!

Darren Yates placed a fantastic bet in 1996 that would see him become a big name in horse racing. The great win, often referred to as the ‘magnificent seven’, took place when Yates successfully wagered £62 on jockey Frankie Dettorri winning all seven of his rides on that day at Ascot.

In November 2011, an anonymous punter from Malta bet 80 pence through William Hill on a 19-match accumulator with odds of 683,738/1. All predictions were correct and ended with Liverpool scoring a winning goal in the last few minutes before closing, beating Chelsea and earning this punter a win he’ll never forget. 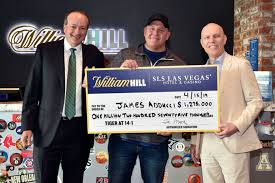 NBA Champion Charles Barkley boasts an easily remembered name in sports betting. He was not new to big wins, but the greatest of all took place when he wagered on the New England Patriots winning the Super Bowl – which was thought to be unlikely at that time, given that they were a 14-point underdog against the St. Louis Rams in 2002. Upon their win, which would be Tom Brady’s first of many, Barkley gained a monumental $800,000 (about £608,000). 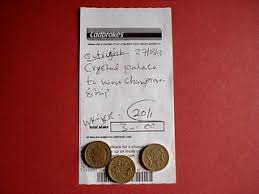 James Adducci’s bet on Tiger Woods is one that will go down in history as a bold, yet highly rewarding move. Woods’ 2019 Masters Victory was his first key championship win in 11 years, and choosing to bet $85,000 on a golfer who had not won a championship in that long sounds incredibly risky to most of us! Adducci certainly knew what he was doing, though – as his brave initiative paid off, bringing in $1.2 million (about £760,000) and breaking William Hill’s record for the largest ever individual payout on a futures bet.

Mike Futter’s name isn’t unheard of in the betting industry – but this one major win increased his recognition tenfold. In 2003, Futter gambled his own horse: Monty’s Pass. The horse did not let him down, and Fetter was awarded £348,000 for being Monty’s Pass owner, and then over an additional £400,000 for successfully betting on his horse from 40/1 down to 16/1 odds.

“I've had some fantastic bets and fantastic days but this is one I will never forget,” said a delighted Futter. 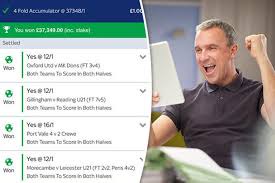 Fred Craggs, a 60-year-old fertiliser salesman from Yorkshire, one day placed a bet that would change his life and allow him to be remembered as one of the most renowned names in sports betting. Craggs wagered a mere 50 pence on an eight-fold accumulator, making smart choices on horse races around the globe, and received a whopping seven-figure amount in return. Funnily enough, Craggs wasn’t even aware of his win until returning to the bookmaker for another hand at gambling – and he would have earned a total of £1.4 million, if only he had chosen a no-limit bet. Still not too bad of a prize, right?

Steve Whiteley, a 61-year-old heating engineer, enjoyed a truly successful bet in 2011, when he made use of a free ticket to enjoy the horse races and placed a £2 bet. Whiteley correctly chose the six horses on that day, one of which had lost in all of its 28 races in the past, and benefited from £1.5 million.

Do you remember when we wrote of Dave Oancea and his record-breaking 2015? His second successful win happened one week into the 2015 MLB season, when Oancea bet on the Kansas City Royals to win the World Series at 30/1 odds. His $140,000 bet required quite the effort, after having to be split across 15 different casinos as they wouldn’t take on his liability. In fact, many presumed him crazy for the risk he was about to take but it ultimately paid off, with the Kansas City Royals defeating the New York Mets. Oancea enjoyed a $2.5 million prize (about £1.9 million).

The biggest win ever recorded is Billy Walters and his massive win seen in 2010, when the New Orleans Saints played against the Indianapolis Colts at the Super Bowl XLIV. Walters began his journey in gambling through playing poker, prior to taking on sports betting. He has successfully earned gigantic figures and is known for a record-breaking winning streak, which verifies that sports betting is not simply for the fortunate, but does indeed require skill. After some careful consideration, Walter placed a successful $3.5 million (about £2.7 million) bet on the New Orleans Saints, who were also the underdogs. They won their first ever Super Bowl against the Colts by 31-17. This win was not only unbelievable is was a dangerous gamble staking ona team with such poor form

If you read this article and observed carefully you will notice that most of the winning were not even high stakes. some of the punters staked as low as 30pence which is equivalent to about N150 one hundred and fifty naira. However this does not mean you should stake low but stake what you can afford to lose. In a much familiar term game responsibly

Culled out of the punters page

Content created and supplied by Betinstructor.Opera News is a free to use platform and the views and opinions expressed herein are solely those of the author and do not represent, reflect or express the views of Opera News. Any/all written content and images displayed are provided by the blogger/author, appear herein as submitted by the blogger/author and are unedited by Opera News. Opera News does not consent to nor does it condone the posting of any content that violates the rights (including the copyrights) of any third party, nor content that may malign, inter alia, any religion, ethnic group, organization, gender, company, or individual. Opera News furthermore does not condone the use of our platform for the purposes encouraging/endorsing hate speech, violation of human rights and/or utterances of a defamatory nature. If the content contained herein violates any of your rights, including those of copyright, and/or violates any the above mentioned factors, you are requested to immediately notify us using via the following email address [email protected] and/or report the article using the available reporting functionality built into our Platform. Read more>>