There is no day that goes without interesting football action to watch during active season. We offer plenty well analysed games with accurate predictions to give punters another day of smiles. 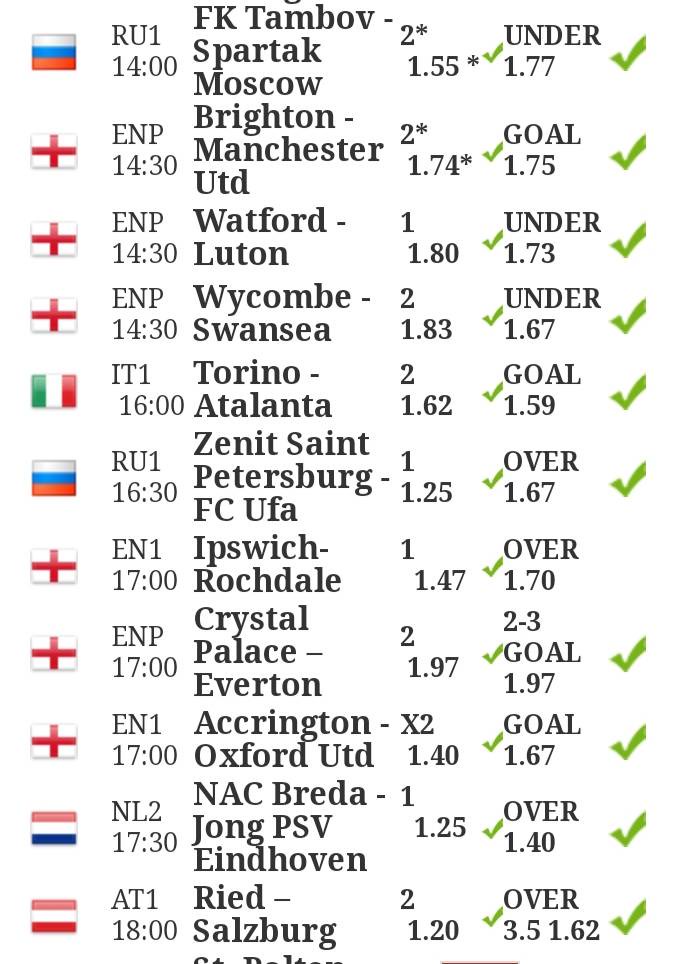 Aston Villa entertain Leeds at Villa Park stadium tonight. Villa will want to make it five wins in five games while Leeds will strive to bounce back to their winning ways after home lose to Wolverhampton. Aston Villa is on a good run so far, winning all their league matches and taking maximum points. Leeds had solid start but they will be playing in a foreign soil. I fancy Aston Villa to win this game.

Nottingham Forest and Derby meet at the City Ground tonight in a tasty fixture of the EFL Championship competitions. These two teams have struggled since the start of the league but this is a derby and a fixture that doesn't disappoint. Forest have four points out of the matches played and will fight to impress at home against struggling Derby county. Nottingham forest could make things happen today and secure a win.

Stuttgart kickers welcomes FC Koln today at home in the next round of the German Bundesliga competitions. Stuttgart kickers start this season league compaign on a competitive note losing only a single game in the matches played so far. Meanwhile, FC Koln has worst performance in the Bundesliga lossing nearly all their matches except one. The host is enjoying head to head dominance over the visitors, winning all their encounters in a period of five years now. Due to these statistics, I see Stuttgart kickers winning and both teams will score in this match.

In form Sassuolo will play Torino today in the Italian Serie A competitions. Sassuolo is in Winning streak since the start of the season, taking 10 points and currently sitting at position two of the league table. Torino is in the relegation zone with no point and having lost all their played league matches. Torino have been enjoying winning in their head to head encounters with the host but this season seems tougher to them. Owing to home advantage, I predict Sassuolo to win and both teams to score.

Content created and supplied by Sylvanokeyo.Opera News is a free to use platform and the views and opinions expressed herein are solely those of the author and do not represent, reflect or express the views of Opera News. Any/all written content and images displayed are provided by the blogger/author, appear herein as submitted by the blogger/author and are unedited by Opera News. Opera News does not consent to nor does it condone the posting of any content that violates the rights (including the copyrights) of any third party, nor content that may malign, inter alia, any religion, ethnic group, organization, gender, company, or individual. Opera News furthermore does not condone the use of our platform for the purposes encouraging/endorsing hate speech, violation of human rights and/or utterances of a defamatory nature. If the content contained herein violates any of your rights, including those of copyright, and/or violates any the above mentioned factors, you are requested to immediately notify us using via the following email address [email protected] and/or report the article using the available reporting functionality built into our Platform. Read more>>