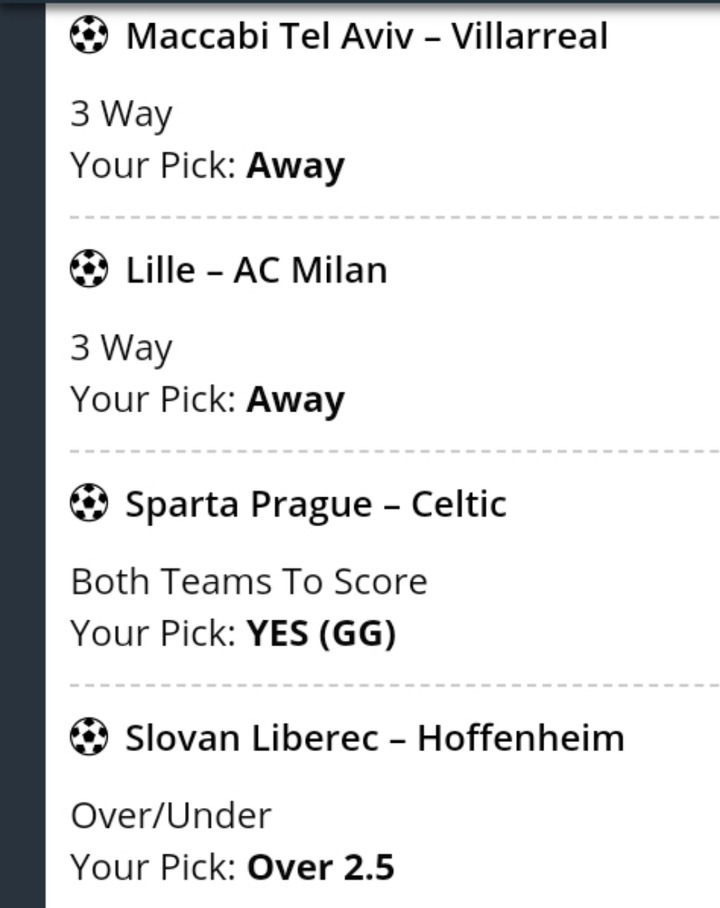 View pictures in App save up to 80% data. Maccabi Tel Aviv vs Villarreal

Maccabi Tel Aviv have not been consistently winning at home, they have failed to win back to back matches while playing at home.

Villarreal (41) are second after Sevilla (42) in winning Europa league matches.

Villarreal have been good in their group, they have won all their three group matches this season.

AC Milan have been good on the road, they have won four matches and conceded in both.

They have lost once in nine away matches.

Lille have performed dismally at home, they have played 14 matches without a win at home expect their qualifiers.

Celtic defense has been shaky, they have allowed nine goals in three matches.

Sparta Prague have seen both teams scoring in five of their last six games.

Celtic on the other hand have seen both teams score in six of their seven games played.

In their group meeting, Hoffeheim beat Slovan 5-0 at home.

Hoffeheim have been lethal in their group, they have won three out of three matches.

Hoffeheim strikers have been brilliant, they have scored eleven goals in three matches and conceded only once.

Leicester have performed incredibly well on the road, they have won five of their last six away matches.

They have been good in the group stage, they have won all the three matches while conceding only once.

When these two met, Leicester beat Braga 4-0 in England.

Arsenal have been brilliant in the group stage, they have won all their three matches and scored nine goals.

Molde have been scoring while at home, they have scored in all their groups stage games and in 23 of their last 24 matches at home.

In their last meeting in November, Arsenal beat them 4-1.

Rangers have been good by winning 17 of their last 20 games.

They have extended their brilliance at home by remaining unbeaten in their last seven home games.

Rangers defense has been a thorn in the flesh of strikers by not allowing them to score. 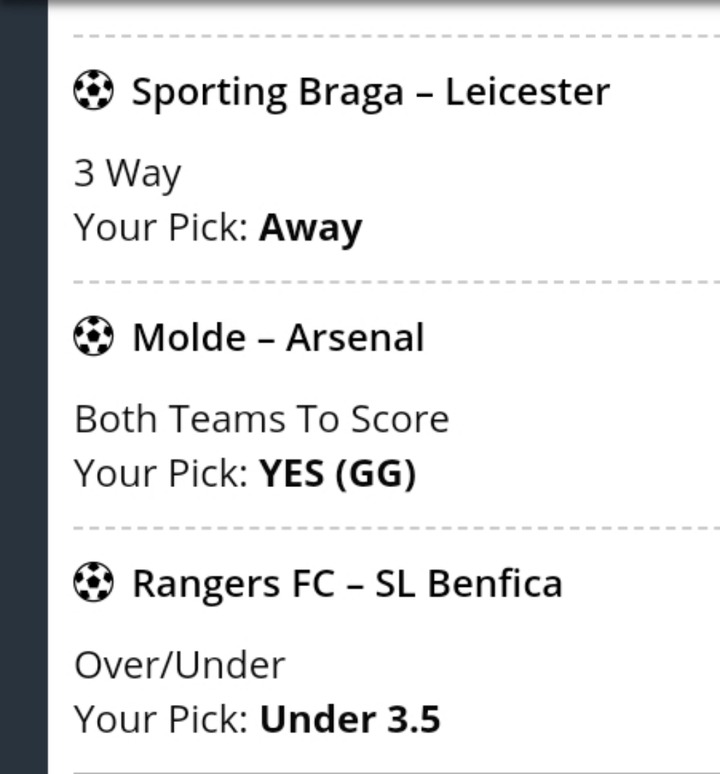