Throwback: "If I win the Champions League, you stop alcohol and drugs!"-Cristiano Ronaldo to his bother 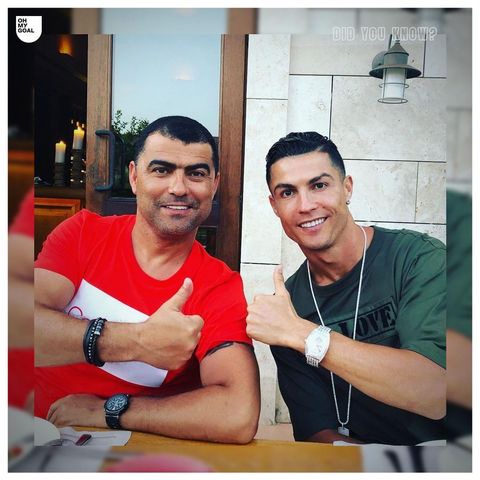 As well as being one of the greatest footballers in history. Cristiano Ronaldo puts a lot of importance on his family. The Portuguese star is extremely close to his oldest brother, Hugo. He even saved his big brother's life!

In 2014, Hugo was going through a very difficult period. Teetering on the edge, his day to day life was impacted by the alcohol and drugs he was taking. His life was clearly in danger.

Not able to cope seeing his brother in such a state, CR7 decided to act. He made a deal with him, if he wins the Champions League, Hugo has to definitively give up alcohol and drugs. A huge challenge for the two men and an extra pressure for Cristiano, who wasn't just trying to win the competition for himself but for the good of his brother.

But you know what Ronaldo does to pressure, he turns it into a form of motivation! That year, the Portuguese star won the Champions League with Real Madrid following an intense game against Atlético. At the end of the match, CR7 ran up to his brother and hugged him, whispering to him: "Now it's your turn."

Hugo also kept his promise and no longer drinks alcohol or takes drugs. His brother even paid for his treatment. On that day, the younger brother became an inspiration for his older brother.

Content created and supplied by Sport105.Opera News is a free to use platform and the views and opinions expressed herein are solely those of the author and do not represent, reflect or express the views of Opera News. Any/all written content and images displayed are provided by the blogger/author, appear herein as submitted by the blogger/author and are unedited by Opera News. Opera News does not consent to nor does it condone the posting of any content that violates the rights (including the copyrights) of any third party, nor content that may malign, inter alia, any religion, ethnic group, organization, gender, company, or individual. Opera News furthermore does not condone the use of our platform for the purposes encouraging/endorsing hate speech, violation of human rights and/or utterances of a defamatory nature. If the content contained herein violates any of your rights, including those of copyright, and/or violates any the above mentioned factors, you are requested to immediately notify us using via the following email address [email protected] and/or report the article using the available reporting functionality built into our Platform. Read more>>