Three Generations Of The Ooni Of Ife And Their Rolls-royces. See Pictures

Rolls-Royce has been a car brand of choice for a number of high-net-worth individuals, including royalties, around the world.

Oba Sir Titus Martins Adesoji Tadeniawo Aderemi (Atobatele I), alias Adesoji Aderemi, KCMG (15 November 1889 – 3 July 1980), was a Nigerian political figure and Yoruba traditional ruler as the Ooni (King) of Ife (or Ilé-Ifẹ̀, as it is properly known) from 1930 until 1980. He served as the governor of Western Region, Nigeria between 1960 and 1962.

Adesoji Aderemi was known as a wealthy man and had a large family of many wives and children. One of his children was the civil servant Tejumade Alakija.

During the colonial era, the Oba Ooni gained a considerable amount of power due to the colonial policy of indirect rule and being labelled a first class Oba among traditional rulers in Yorubaland.

Also, the late Oba Adesoji Aderemi was a collector of choice automobiles. He was famous for owning a Rolls-Royce Phantom V during his reign. The car bears the number plate WF1.

The Rolls-Royce Phantom V was recently put up on display at the convocation ceremony of the Obafemi Awolowo University. 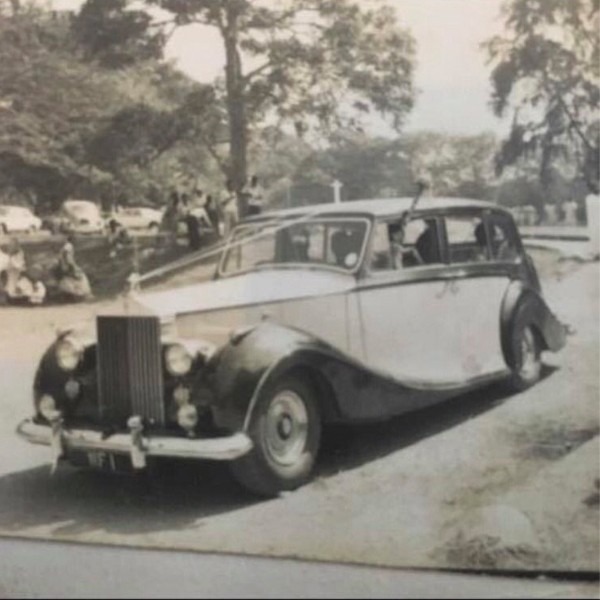 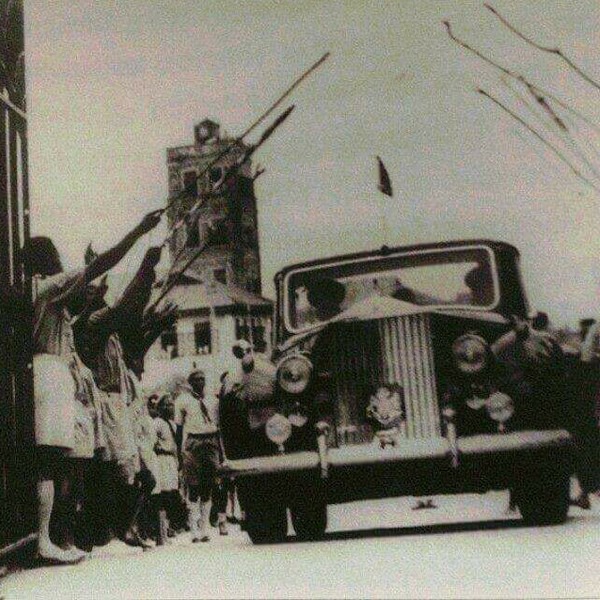 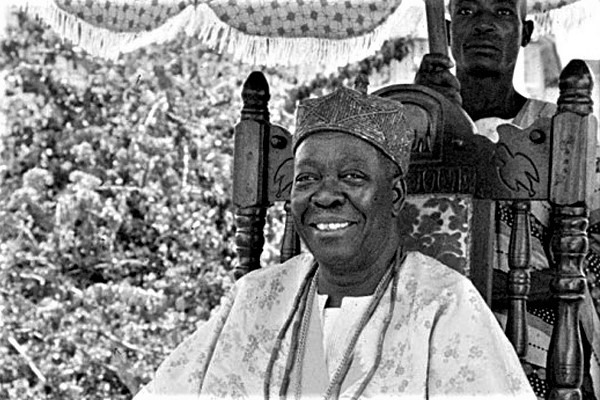 Alayeluwa Oba Okunade Sijuwade, or Sijuade, (1 January 1930 – 28 July 2015) was the fiftieth traditional ruler or Ooni of Ife from 1980 to his death in 2015, taking the regnal name Olubuse II. Ife is a traditional Yoruba state based in the town of Ife in Osun State, Nigeria. He was crowned on 6 December 1980 in a ceremony attended by the Emir of Kano, Oba of Benin, Amayanabo of Opobo and Olu of Warri, as well as by representatives of the Queen of England.

He was reported dead on July 28, 2015 in a London hospital at the age of 85 but the news was refuted by the Royal traditional council of Ile Ife who claimed that he is alive and in good health. His death away was officially announced by the Ife High Chiefs when they visited the governor of Osun State in Nigeria, Rauf Aregbesola, on 12 August 2015 at the governor's office in the state capital, Osogbo. The Nigerian President Muhammadu Buhari has expressed condolences to his family on his death.

Oba Sijuwade exuded class and panache. This was particularly evident in his choice of automobiles.

In his private fleet were various luxury cars but the first-class monarch loves the Rolls-Royces. One of the vintage Rolls-Royce in his fleet is the 1954 Rolls Royce Silver Cloud III Chinese Eye FHC. 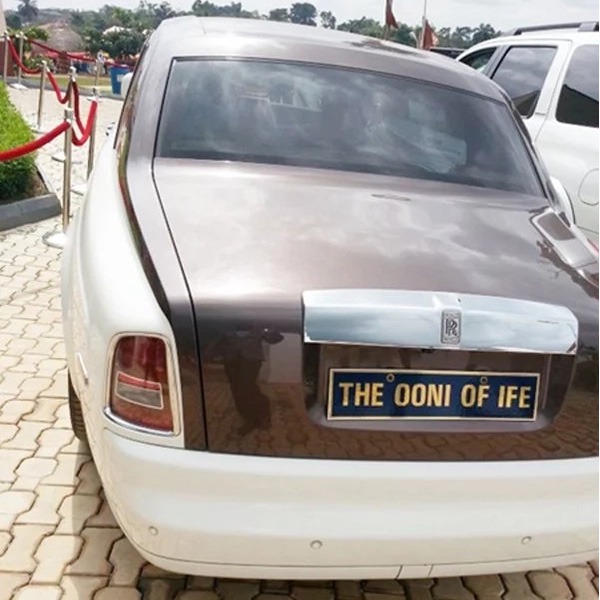 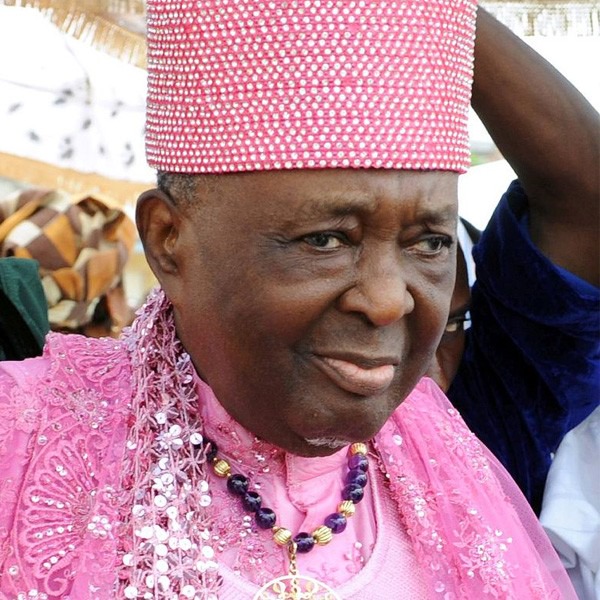 Oba Adeyeye Enitan Ogunwusi, Ojaja II, is a Nigerian monarch. He is the 51st and current traditional ruler, or Ooni, of the Yoruba kingdom of Ile-Ife. He was proclaimed as Ooni in 2015, holding the regnal name Ojaja II succeeding the deceased Oba Okunade Sijuwade.

Shortly after his coronation, Ooni Ogunwusi met with the Alaafin of Oyo and by so doing initiated a new era in the history of the Yoruba States. He effectively broke the jinx of institutionalised discord between the thrones that had plagued Ile-Ife and Oyo for decades. The Oba is an advocate for the empowerment and emancipation of women and young people. He has transformed Ile-Ife into a tourist zone, with changes including the beautification, redesign and re-construction of the ancient city. Oba Ogunwusi is also a renowned philanthropist who is committed to humanity and an advocate for the less privileged.

The debonair Ife monarch owns several exotic cars. Among them include an ultra-luxury 2011 model Rolls-Royce Phantom. 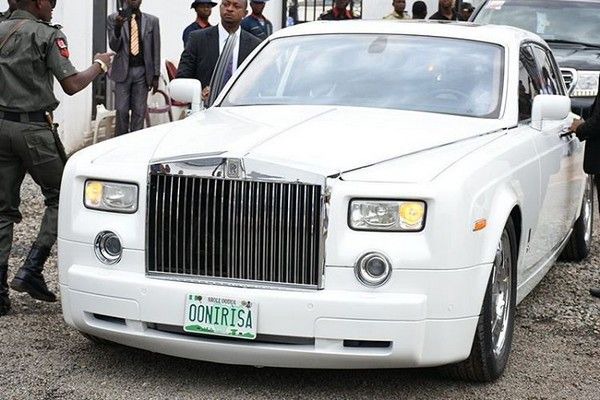 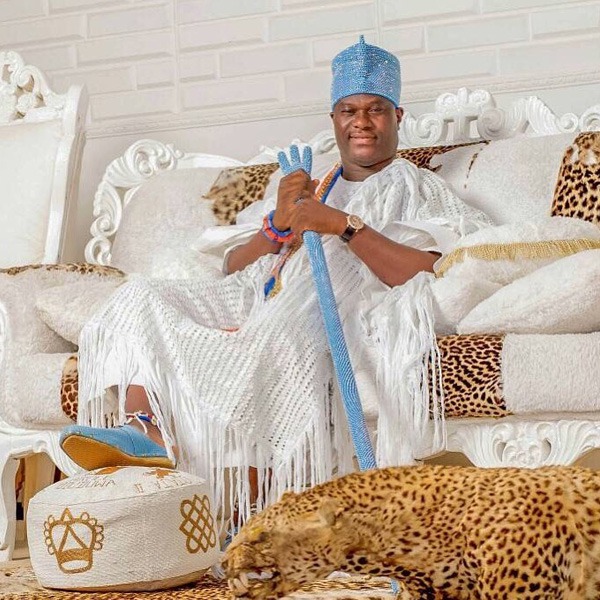 Content created and supplied by Gowizi.Opera News is a free to use platform and the views and opinions expressed herein are solely those of the author and do not represent, reflect or express the views of Opera News. Any/all written content and images displayed are provided by the blogger/author, appear herein as submitted by the blogger/author and are unedited by Opera News. Opera News does not consent to nor does it condone the posting of any content that violates the rights (including the copyrights) of any third party, nor content that may malign, inter alia, any religion, ethnic group, organization, gender, company, or individual. Opera News furthermore does not condone the use of our platform for the purposes encouraging/endorsing hate speech, violation of human rights and/or utterances of a defamatory nature. If the content contained herein violates any of your rights, including those of copyright, and/or violates any the above mentioned factors, you are requested to immediately notify us using via the following email address [email protected] and/or report the article using the available reporting functionality built into our Platform. Read more>>