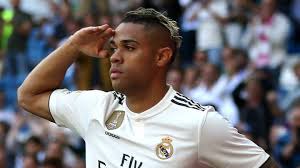 View pictures in App save up to 80% data. 10.Paco Alcacer

Paco Alcacer arrived at the Camp Nou after scoring over 10 goals in his two previous La Liga campaigns.

But he was Barcelona's fourth-choice attacker behind Lionel Messi, Neymar and Luis Suarez and never established himself, making just 15 league starts.The Spaniard has since gone on to star for Borussia Dortmund and his national team since leaving.

Manchester United signed Depay in 2015 after he netted 22 goals for PSV and finished as the Eredivisie top scorer.

But in his first season in the premier league, he managed to score just two goals in 29 premier League appearances.Depay was sold 18 months after arriving at Old Trafford and like Alcacer, has since gone on to impress for his new team Lyon, as well as Holland. 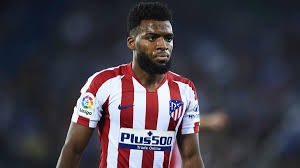 View pictures in App save up to 80% data. 8. Thomas Lemar

After two impressive play in ligue 1 with Monaco, Lemar lifted the World Cup with France in 2018 and earned a move to Atletico Madrid.

But the winger managed just three goals in 31 La Liga matches in his debut season and he's currently goalless in 15 games so far in 2019/20. With Antoine Griezmann no longer in Madrid, it was hoped Lemar could fill the hole he left, but that looks unlikely. Lemar is struggling for Atletico Madrid. 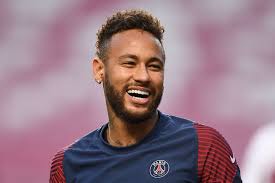 View pictures in App save up to 80% data. 7. Neymar Junior

Now, this transfer makes the list for a different reason to all the rest. Neymar has been impressive since joining PsG while scoring 60 goals in 70 appearances.

But it's his injuries and off-field antics that put the Brazilian on this list. He's missed a ridiculous 58 games through injury and has served bans for abusing referees and getting into altercations with fans.

Of course, there's also the constant talk he'll rejoin Barcelona in the near future. A complete waste of money? No. But was Neymar really worth £189m? Probably not.

Bebe never established himself after that and was sold to Benfica without making any more appearances for United. What a terrible transfer that was. Bebe became a forgotten man at United. 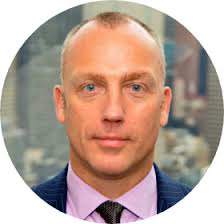 View pictures in App save up to 80% data. 5. Danny Drinkwater

Drinkwater joined N'Golo Kante, his former Leicester midfield partner, 12 months after the Frenchman arrived at Chelsea. He struggled to break into Chelsea's first-team and was sent on loan to Burnley, where he's made just one appearance after suffering a serious injury on a night out. Right now, Drinkwater hasn't broken into Chelsea's first team.

After winning six consecutive Serie A titles at Juventus, Bonucci moved to AC Milan for a new challenge, hoping to restore the club to former glories. But that's not how it worked out. After being named captain and signing a five-year deal, the Italian could only help the Rossoneri to a sixth-placed finish.

He went back to Juve after one season and has since won another title. Bonucci wasn't any help for AC Milan.

Di Maria's big-money move to Man United had fans seriously excited six years ago. But after a solid start, he was used sparingly as a substitute by Louis van Gaal come the end of his first season.

After just 12 months at Old Trafford, the club cut their losses and sold Di Maria on to PSG for less than £44m. He's become a solid forward for the French club since. Di Maria had just one season at Old Trafford.

Barcelona wanted the Brazilian star to slot in alongside Messi and Suarez in their front line. But evidently that didn't happen as the then Liverpool star struggled to fit in.

In one and a half seasons, he scored 21 goals in 76 appearances and has since been loaned out to Bayern Munich and replaced by Griezmann.

From Arsenal to Manchester United (2018) a Swap deal.

This might perhaps be the worst swap deal and transfer in premier league history. Sanchez collected nearly £500,000 a week in wages at Old Trafford and just scored five goals in 45 appearances.

Now though, he's off the books and on loan at Inter Milan, where he's picked up another injury. Is the Chilean's time at the top done? Most probably.

Sanchez had troubled times at Manchester United. Fans rated him as a waste of budget, space and money. Alexis Sanchez has been ranked as the worst signing of the last decade. There isno doubt that he ought to be enlisted as the world worst signings of all time.

Content created and supplied by Falconer.Opera News is a free to use platform and the views and opinions expressed herein are solely those of the author and do not represent, reflect or express the views of Opera News. Any/all written content and images displayed are provided by the blogger/author, appear herein as submitted by the blogger/author and are unedited by Opera News. Opera News does not consent to nor does it condone the posting of any content that violates the rights (including the copyrights) of any third party, nor content that may malign, inter alia, any religion, ethnic group, organization, gender, company, or individual. Opera News furthermore does not condone the use of our platform for the purposes encouraging/endorsing hate speech, violation of human rights and/or utterances of a defamatory nature. If the content contained herein violates any of your rights, including those of copyright, and/or violates any the above mentioned factors, you are requested to immediately notify us using via the following email address [email protected] and/or report the article using the available reporting functionality built into our Platform. Read more>>