Talking about saves, this guy is second after God 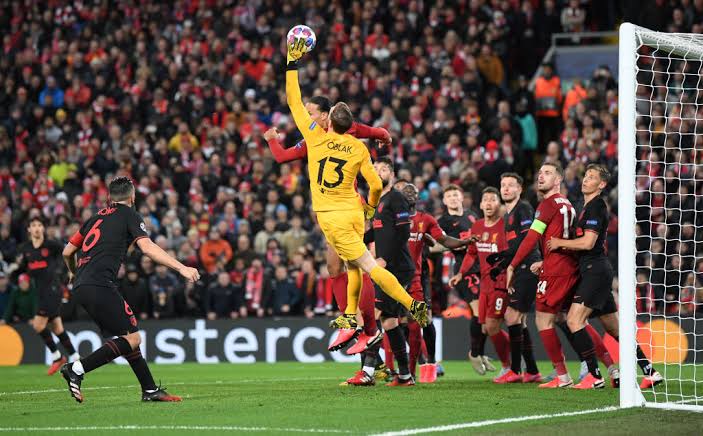 View pictures in App save up to 80% data. He is a Slovenian professional footballer who plays as a goalkeeper for Spanish club Atlético Madrid and the Slovenia national team. He signed for Portuguese club Benfica at the age of 17, and was part of the team that won the domestic treble in the 2013–14 season.

He put in one of the most memorable goalkeeping performances in a Champions League game to help Atletico Madrid qualify for the quarter finals.

In the first leg against Liverpool, he had little to do as the Reds had no shots on target but things were very different on Wednesday night.

Unsurprisingly at Anfield, Jurgen Klopp's team dominated possession for most of the game, with 72% of the ball. Liverpool had 34 shots, 16 corners and 62 crosses only to be denied by him at crucial occasions during the match.

He is Jan Oblak

Content created and supplied by Blind_Witness.Opera News is a free to use platform and the views and opinions expressed herein are solely those of the author and do not represent, reflect or express the views of Opera News. Any/all written content and images displayed are provided by the blogger/author, appear herein as submitted by the blogger/author and are unedited by Opera News. Opera News does not consent to nor does it condone the posting of any content that violates the rights (including the copyrights) of any third party, nor content that may malign, inter alia, any religion, ethnic group, organization, gender, company, or individual. Opera News furthermore does not condone the use of our platform for the purposes encouraging/endorsing hate speech, violation of human rights and/or utterances of a defamatory nature. If the content contained herein violates any of your rights, including those of copyright, and/or violates any the above mentioned factors, you are requested to immediately notify us using via the following email address [email protected] and/or report the article using the available reporting functionality built into our Platform. Read more>>