It is a super Sunday with plenty of late evening matches scheduled. Pick these great selections to get you win before the end of the weekend. 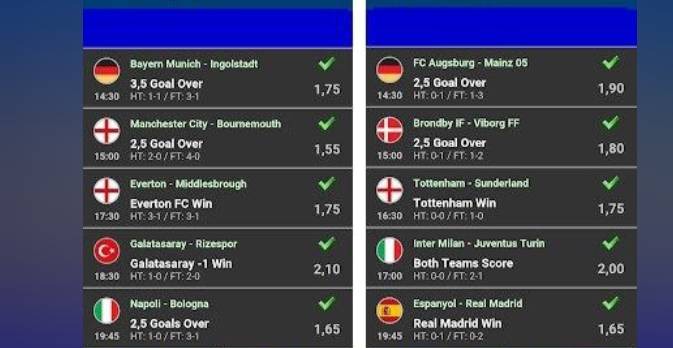 Psv and Willem clash tonight in the Eredivisie league competitions. After losing to PAOK in the Europa league last week, PSV will be hoping to get back to their winning ways. They have been solid in the domestic league competitions securing 16 Points out of the 21 points in the already played matches. The visitors are currently sitting in 12th position with merely five points in the seven completed matches. I fancy a half time and full time win for PSV Eindhoven.

In form Benfica is welcoming Braga in the league competitions today. It is a great opportunity for the host to regain their winning ways after a humiliating 3-0 defeat away at Boavista. They started this season's campaign on flying form and remained unbeaten in the league till last week. Braga is also on good truck following the host with a difference of three points. Owing to the home advantage, I pick Benfica to win.

Ligue 1 giant Lyon lock horns today at home with Saint Etienne. They were strong last week and held lethal Lille 1-1 draw away. Lyon have not been defeat in the last five consecutive matches but have dropped points in three draws. Saint Etienne are on staggering form losing five games in a row and currently sitting 13th position in the league table. Lyon is desparatly looking for a win to catch-up with the league leaders PSG and Lille. They will win.

AC Milan had been very impressive this season but was surprised in the last week Champions league competitions by Lille with a huge defeat of 0-3. They are today hosting Hellas Verona in the Serie A competitions. Hellas Verona staged a tough competition in the previous encounters, beating Benevento and drawing against Juventus. This will not be an easy match but I see home team winning all the points.

Content created and supplied by Sylvanokeyo.Opera News is a free to use platform and the views and opinions expressed herein are solely those of the author and do not represent, reflect or express the views of Opera News. Any/all written content and images displayed are provided by the blogger/author, appear herein as submitted by the blogger/author and are unedited by Opera News. Opera News does not consent to nor does it condone the posting of any content that violates the rights (including the copyrights) of any third party, nor content that may malign, inter alia, any religion, ethnic group, organization, gender, company, or individual. Opera News furthermore does not condone the use of our platform for the purposes encouraging/endorsing hate speech, violation of human rights and/or utterances of a defamatory nature. If the content contained herein violates any of your rights, including those of copyright, and/or violates any the above mentioned factors, you are requested to immediately notify us using via the following email address [email protected] and/or report the article using the available reporting functionality built into our Platform. Read more>>