See what president Donald Trump retweeted this morning that got 9000 likes within 5 Mins. 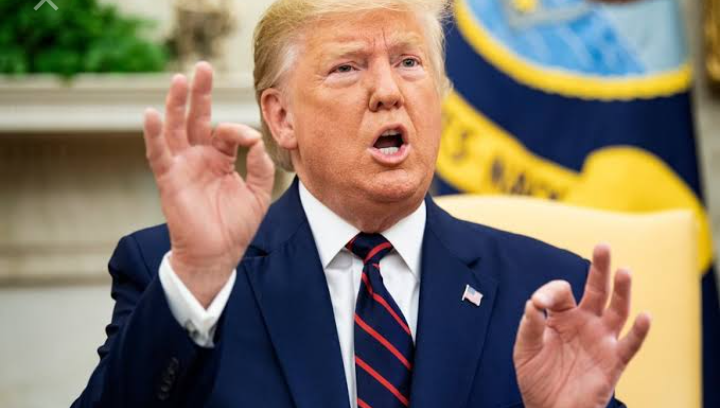 Good morning dear opera readers and followers. In this article, I'll be sharing with you what president of United States of America, Donald Trump retweeted this morning which has caused internet sensation.

We all know that the US presidential election is at corner and every candidate wants the people to elect him as the leader of the country. The opposition candidate, Joe Biden to president trump has been campaigning just to win hearts of Americans and make them vote him into power.

In this regard, President Donald Trump never ceases to share series of tweets and also retweets what other people in US said about him on twitter handle.

Everyone wants the masses to see him as saint so that they can support and vote for him but I tell you most leaders has their political interest before contesting for an election. 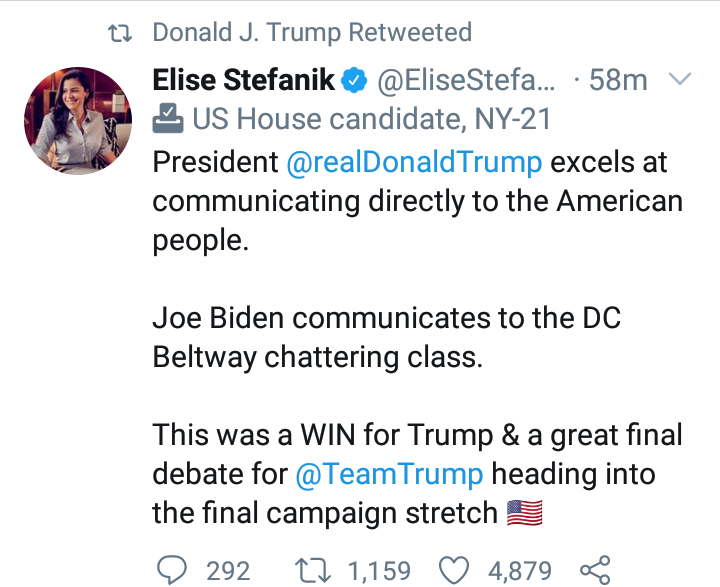 President Donald Trump retweeted a lady's post identified as Elise Stefanik ( US house candidate) this morning and his retweet got 9000 likes within 5 Mins.

According to what Donald Trump retweet, the US lady said that president trump excels at speaking directly to the American people while Joe Biden communicates to the DC beltway chattering class.

No-one would have thought that what Donald Trump retweets this morning will caught people's attention but it did as the tweet hits 9000 likes within 5 Mins.

Meanwhile, Americans are currently reacting to the post on twitter page. Many people said that Joe Biden is not fit to rule a country like US while others commended him.

What do you think about this? Kindly leave your thoughts and opinions on the comment section below.

Content created and supplied by Richnews.Opera News is a free to use platform and the views and opinions expressed herein are solely those of the author and do not represent, reflect or express the views of Opera News. Any/all written content and images displayed are provided by the blogger/author, appear herein as submitted by the blogger/author and are unedited by Opera News. Opera News does not consent to nor does it condone the posting of any content that violates the rights (including the copyrights) of any third party, nor content that may malign, inter alia, any religion, ethnic group, organization, gender, company, or individual. Opera News furthermore does not condone the use of our platform for the purposes encouraging/endorsing hate speech, violation of human rights and/or utterances of a defamatory nature. If the content contained herein violates any of your rights, including those of copyright, and/or violates any the above mentioned factors, you are requested to immediately notify us using via the following email address [email protected] and/or report the article using the available reporting functionality built into our Platform. Read more>>