See The Most Expensive School In Nigeria; It Was Founded By Dr. Abiodun Laja

View pictures in App save up to 80% data. Landbridge Lane, Oniru Private Estate, Victoria Island, Lagos, is home to the British International School. Opened in September 2001, it is a global co-educational English medium school. It has excellent facilities including a multi-purpose classroom, music suites, theatre, computing suites, science suites, tutorial rooms, swimming pool and many more. Parents pay the tuition fees of their children in dollars, but each pupil pays N4,480,000 annually, going by Nigerian currency. This often entails feeding them, uniforms, textbooks, etc. View pictures in App save up to 80% data. The British International School Lagos (BISL), first founded in 2001, is an independent international co-educational school based in Lagos, Nigeria. The school was established with the aim of providing students aged 11-18, both local Nigerians and children of expatriates, with a British-style international education. The school operates on a 30-acre site which welcomes pupils for both day and boarding. 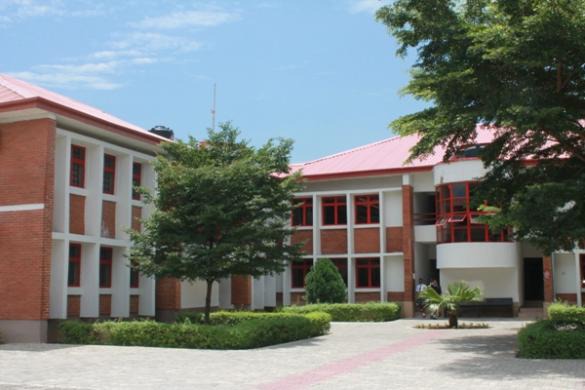 View pictures in App save up to 80% data. The programme at BISL is structured with students separated into main phases in a way characteristic of a British school. Children begin their studies at Key Stage 3, after two years, before going on to Key Stage 4, where they begin their IGCSE exam studies at age 16.

View pictures in App save up to 80% data. British International School Lagos launched its own sixth form in 2016, which also enables students to continue their education until the age of 18, where they prepare for British A-level qualifications, with a wide variety of subject options provided by the school, including German language studies. A variety of modern academic and leisure amenities are well provided by the BISL programme, including a 25-metre swimming pool, a fully fitted library, a basketball court, and a comprehensive modern residential area that provides boarding to a substantial proportion of students in the school.

Content created and supplied by theultimategrapher.Opera News is a free to use platform and the views and opinions expressed herein are solely those of the author and do not represent, reflect or express the views of Opera News. Any/all written content and images displayed are provided by the blogger/author, appear herein as submitted by the blogger/author and are unedited by Opera News. Opera News does not consent to nor does it condone the posting of any content that violates the rights (including the copyrights) of any third party, nor content that may malign, inter alia, any religion, ethnic group, organization, gender, company, or individual. Opera News furthermore does not condone the use of our platform for the purposes encouraging/endorsing hate speech, violation of human rights and/or utterances of a defamatory nature. If the content contained herein violates any of your rights, including those of copyright, and/or violates any the above mentioned factors, you are requested to immediately notify us using via the following email address [email protected] and/or report the article using the available reporting functionality built into our Platform. Read more>>