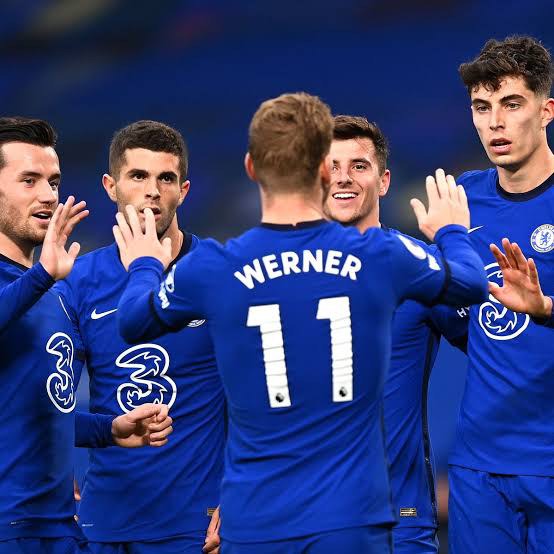 Chelsea football club are one of the best attacking sides in the Premier League in this season. Their summer spending spree seems to be finally paying off and their new recruits are turning up the heat. Notable among them is Hakim Ziyech who was recruited from Ajax Amsterdam. Although the Moroccan did not begin the season with the blue due to an injury, he has since recovered and staked a claim for a starting slot, having put in some impressive performances. 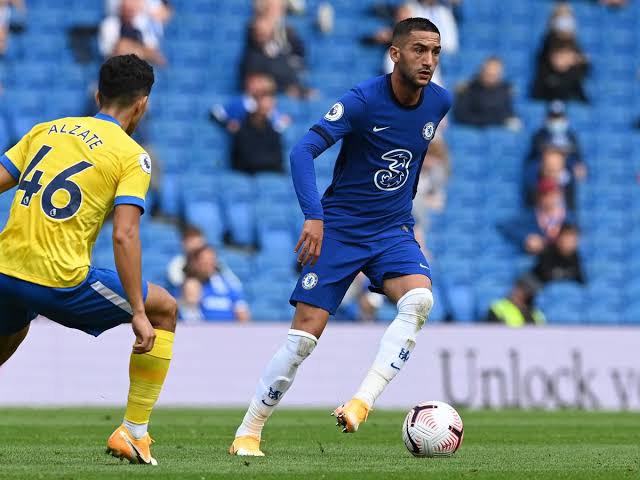 This brings optimism and one begins to get the feeling that Chelsea made the right call by investing heavily in the last transfer window. The blues had come under scrutiny and subjected to much criticism for the the way they spent money during the summer amidst a turbulent period. Nothing less than £222 million was spent by the Stamford Bridge side on 7 players. 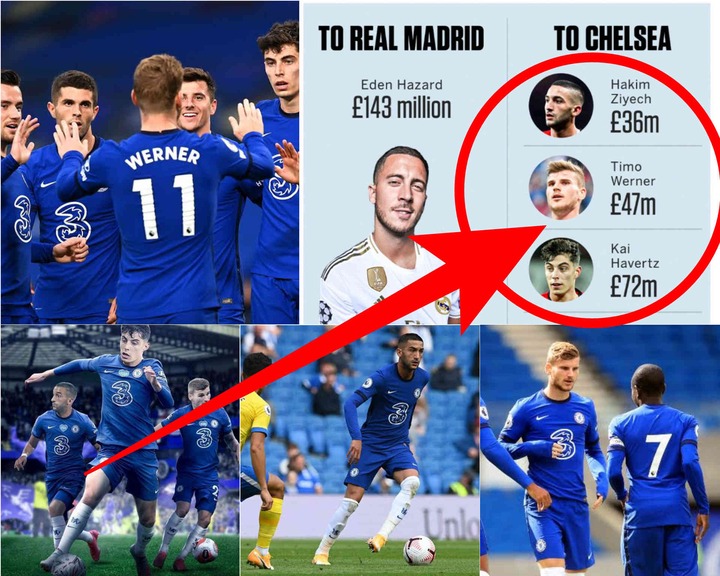 A large chunk of that total was covered for by the £143 million which Chelsea received from Real Madrid for the transfer of star player, Eden Hazard. Being an attacking player himself, Hazard's transfer fee was spent on the purchase of Hakim Ziyech (£36m), Timo Werner (£47m) and Kai Havertz (£72m). All figures are correct as per Transfermarkt. The total money spent on these 3 players is £155m while Hazard was sold for £143m, meaning that only about £12m extra investment was needed to secure such marquee signings. Well played Chelsea Football Club! 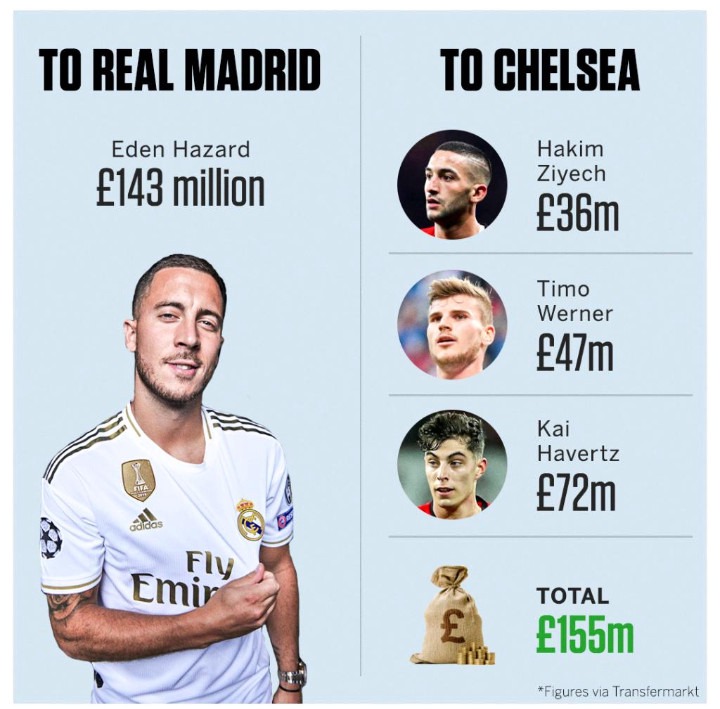 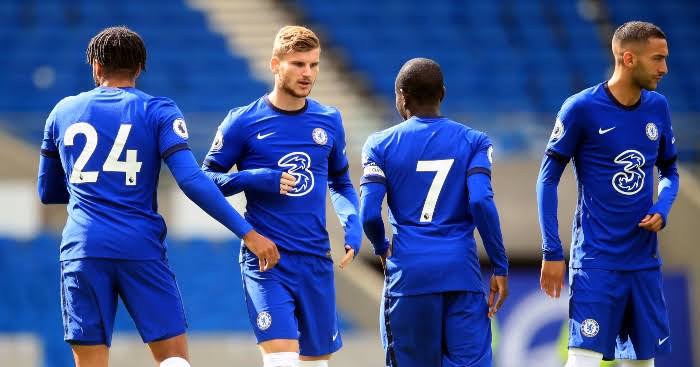 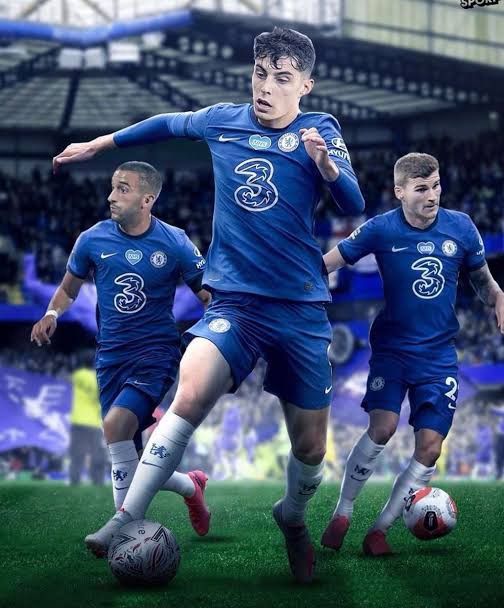 Content created and supplied by Football_HQ.Opera News is a free to use platform and the views and opinions expressed herein are solely those of the author and do not represent, reflect or express the views of Opera News. Any/all written content and images displayed are provided by the blogger/author, appear herein as submitted by the blogger/author and are unedited by Opera News. Opera News does not consent to nor does it condone the posting of any content that violates the rights (including the copyrights) of any third party, nor content that may malign, inter alia, any religion, ethnic group, organization, gender, company, or individual. Opera News furthermore does not condone the use of our platform for the purposes encouraging/endorsing hate speech, violation of human rights and/or utterances of a defamatory nature. If the content contained herein violates any of your rights, including those of copyright, and/or violates any the above mentioned factors, you are requested to immediately notify us using via the following email address [email protected] and/or report the article using the available reporting functionality built into our Platform. Read more>>