See How Buhari's Daughter, Zahra Reacted To The Murder Of 110 Rice Farmers In Zabarmari

See How Buhari's Daughter, Zahra Reacted To The Murder Of 110 Rice Farmers In Zabarmari 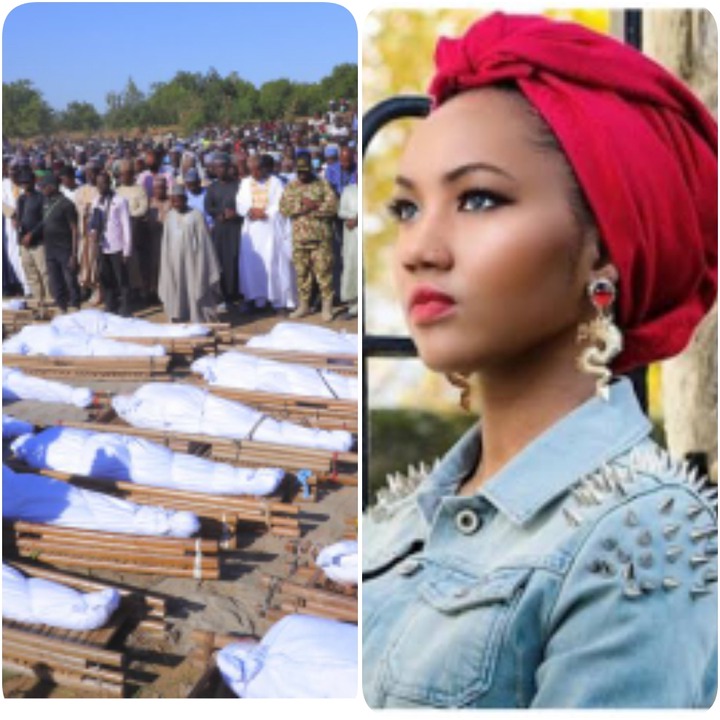 Following the ugly massacre of over 43 rice farmers in the North, there has been a strong concern about the state of in security. Recall that last week Saturday suspected members of the Islamic militant group Boko Haram killed at least 40 Rice Farmers, a report that has been updated and as of now, the death toll stands at 110.

The farmers were rounded up and summarily killed by the armed insurgents in retaliation for refusing to pay extortion to one militant.

Reacting to this l, the daughter of President Muhammadu Buhari has made her voice known on this as he sympathize with families that the deceased. She share a newspaper shot of the Zabarmani massacre and wrote: "My heart bleeds." 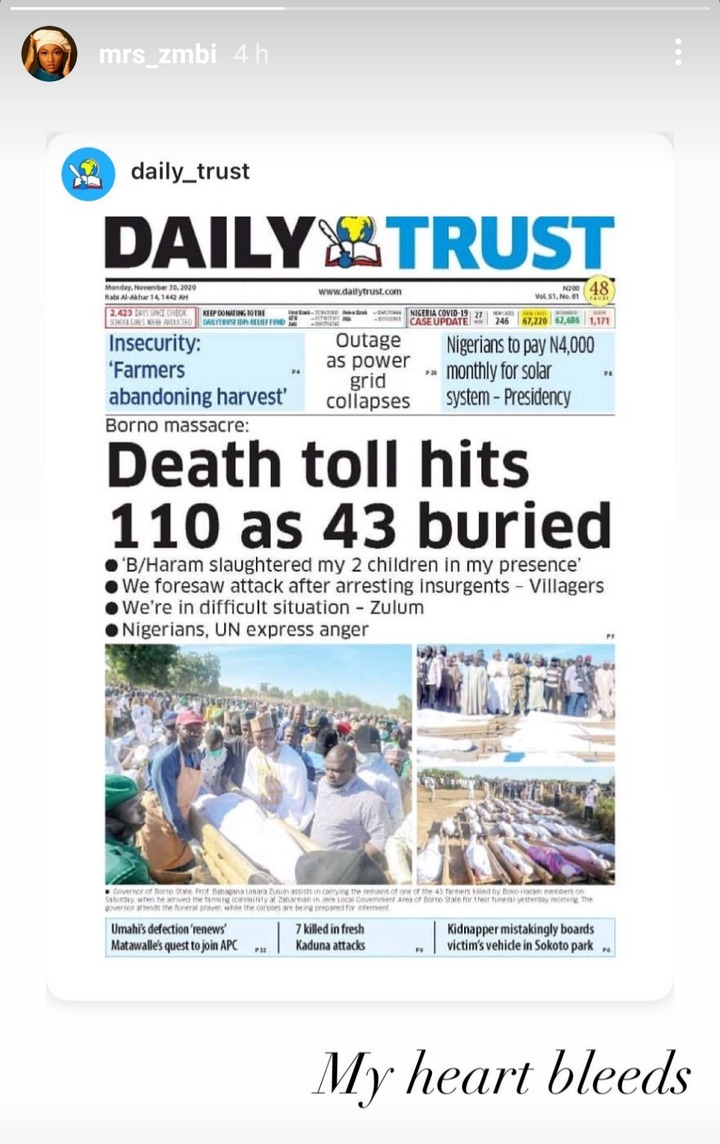 The action of the dreaded terrorist group is totally uncalled for.

Content created and supplied by DaveMedia.Opera News is a free to use platform and the views and opinions expressed herein are solely those of the author and do not represent, reflect or express the views of Opera News. Any/all written content and images displayed are provided by the blogger/author, appear herein as submitted by the blogger/author and are unedited by Opera News. Opera News does not consent to nor does it condone the posting of any content that violates the rights (including the copyrights) of any third party, nor content that may malign, inter alia, any religion, ethnic group, organization, gender, company, or individual. Opera News furthermore does not condone the use of our platform for the purposes encouraging/endorsing hate speech, violation of human rights and/or utterances of a defamatory nature. If the content contained herein violates any of your rights, including those of copyright, and/or violates any the above mentioned factors, you are requested to immediately notify us using via the following email address [email protected] and/or report the article using the available reporting functionality built into our Platform. Read more>>