See 9 Players Who Have Missed To Penalties

Do You Know That Lionel Messi and Cristiano Ronaldo make My list Of 9 players who have missed most penalties in the 21st century?

Well, taking penalties is not an easy task since it involves mental toughness as well as it's awareness is required, from the goalkeeper as well as the penalty taker.

Every club usually has a appointed penalty taker and an order players are supposed to follow when it comes to who will take the penalty. It is generally the striker who takes penalties, or attack-minded players like Cristiano Ronaldo at Juventus. 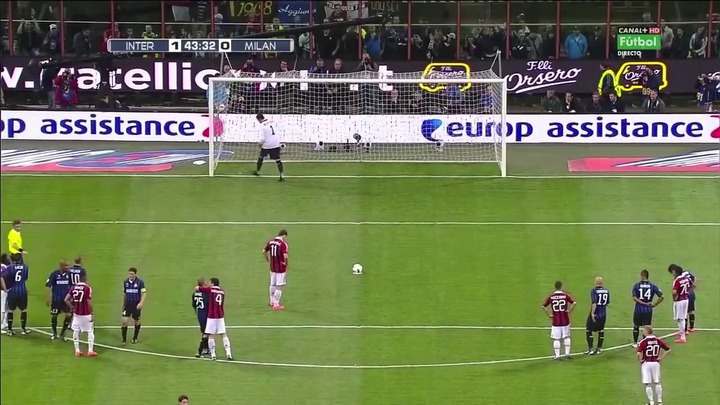 It is not easy by any means and misses tend to happen. On that note, we look at 9 players to have missed the most penalties in the 21st century. 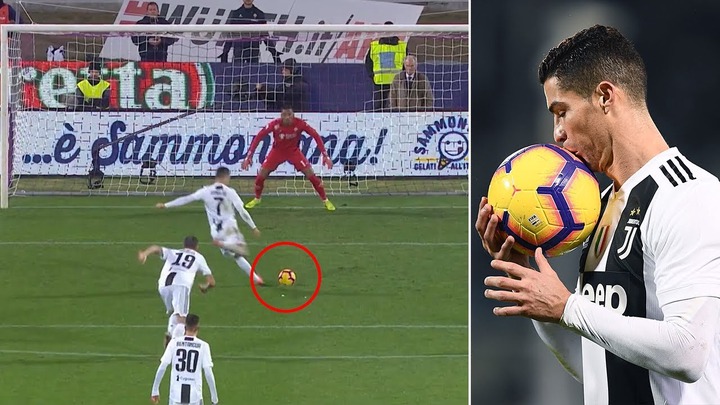 View pictures in App save up to 80% data. 9. Sergio Aguero Has Missed 12 Penalties Missed Out Of 61 Penalties Taken:

Sergio Aguero is the only player to score more in PremierLeague goals (157 goals). Since then, the 32-year old has made 372 appearances in all competitions for the club, scoring 255 goals. The Argentina international has missed 12 penalties, having taken 61 during that time.

8. Frank Lampard Has Missed 13 Penalties Out Of 80 Penalties Taken:

He was known for his goalscoring prowess and match intelligence, Lampard spent 13 seasons with the Chelsea, making 648 appearances in all competitions and scoring 211 goals.

He is the current Chelsea manager.

7. Ronaldinho Has Missed 13 Penalties Out Of 68 Penalties Taken:

Ronaldinho enjoyed a good spell with Barcelona and was one of the greatest players to have played the game, he retired in 2015.

Rooney is another player who enjoyed a successful career playing at the highest level as he has the record top goalscorer for both Manchester United and the England national team.

He made 559 appearances in all competitions for the club, scoring 253 goals.

He plays for DC United in the MLS, the 35-year old currently plies his trade for Derby County in the Championship, where he is the captain as well as a coach.

5. Edinson Cavani Has Missed 14 Penalties Out Of 73 Penalties Taken

He is a highly successful striker who has scored goals at every club he has played for, and has shone light for both club and country.

As a striker, he made 301 appearances in all competitions for the PSG, scoring 200 goals and in the process becoming the club's all time top goalscorer.

Ibrahimovic has enjoyed a fine career as one of the best strikers of all-time, and he continues to prove why he deserves to be in that bracket of top successful footballers.

He has played for some of the biggest clubs in the world with distinction. As a wandering striker, Ibrahimovic has made appearances for Ajax, Juventus, Inter Milan, Barcelona, AC Milan, Paris Saint-Germain and Manchester United. In his entire career as a striker, he has made 817 appearances and scored 494 goals.

The 39-year old is currently playing for AC Milan and is one of the best players in Serie A on form. In five league appearances he has scored eight goals, as his legend continues to grow on a daily basis.

Totti is a one-club man as he is regarded as the greatest player to have played for Roma. He played forward and was known for his technical ability, goal scoring prowess and creativity and as he spent his entire playing career with his beloved club.

He made 786 appearances in all competitions, scored 307 goals, earning praise for his consistency and elegance. Although, he retired from playing 2017 and immediately become a club director at Roma. He stepped down from the role in 2019, thus ending his 30-year association with the club.

So sad but fulfilling.

2. Cristiano Ronaldo Has Missed 27 Penalties Out Of 162 Penalties Taken:

Cristiano Ronaldo has been in good form after having represented some of the biggest clubs in world football. His performances have resulted in many calling him one of the greatest footballer ever to have played the game after he began his career at Sporting CP, then Ronaldo joined Manchester United in 2003. After six successful years at Manchester United, he made a big-money move to Real Madrid were he became the club's all-time top goalscorer and won every trophy possible, before leaving for Juventus in 2018.

Cristiano Ronaldo is the leading goalscorer across Europe's top five leagues in 2020.

1. Lionel Messi Has Missed 27 Penalties Out Of 126 Penalties Taken:

Undoubtedly, Lionel Messi is better than Cristiano Ronaldo and also one of the greatest footballer to have played the game. Well, football fans would be fair to say that Lionel Messi has not been at his very best this season. However, there is no denying his influence at Barcelona, for those who regard him as the greatest player to worn the famous shirt. Since making his first in 2004.

He has made 741 appearances, scoring 640 goals and providing countless assists.

With just one year left in his Barcelona contract, Messi admitted earlier this year that he would have liked to leave the club in the summer. Manchester City have been linked with the 33-year old.

Content created and supplied by KlassicBlog.Opera News is a free to use platform and the views and opinions expressed herein are solely those of the author and do not represent, reflect or express the views of Opera News. Any/all written content and images displayed are provided by the blogger/author, appear herein as submitted by the blogger/author and are unedited by Opera News. Opera News does not consent to nor does it condone the posting of any content that violates the rights (including the copyrights) of any third party, nor content that may malign, inter alia, any religion, ethnic group, organization, gender, company, or individual. Opera News furthermore does not condone the use of our platform for the purposes encouraging/endorsing hate speech, violation of human rights and/or utterances of a defamatory nature. If the content contained herein violates any of your rights, including those of copyright, and/or violates any the above mentioned factors, you are requested to immediately notify us using via the following email address [email protected] and/or report the article using the available reporting functionality built into our Platform. Read more>>