Rev. Mbaka's Adoration Ministry building, popularly known as adoration ground, has been set ablaze by rampaging youths who have been allaged to be IPOB member acting on the instruction of Nnamdi Kanu the IPOB leader who is currently not within the country. A Twitter user call Kanu a demented personality for giving out such instruction. 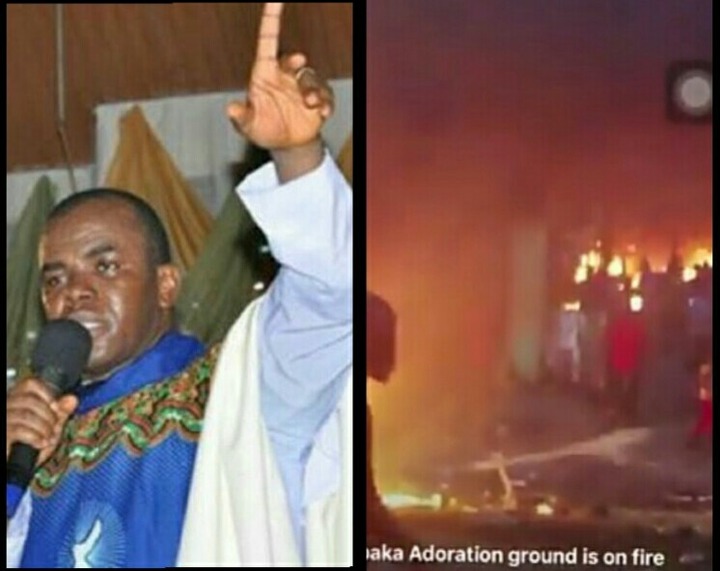 For the Nigerian nation has been going serious protest by the youths, against police brutality; especially the SARS horrible and wicked act against Nigerian youths, which has led to the death of many for some years now. The protest tagged #EndSARS has been peacefully on for the last two weeks, during which the Government had ban the SARS unit of the Nigerian police as demanded by the protesting Youths. But the Youth not sure of the Government's seriousness, demanded that the government by taking all those who participated in SARS for psychiatric examination; those involved in extra-judicial killings to be tried and justice prevailed; and also that compensation be paid to the families of the victims of SARS brutality.

As simple as these demands are, the government, than heed began mobilizing thugs to go to wherever these protesters were gathered to disrupt it. from Abuja, to Osun state, then Benin in Edo State, and even Lagos, thugs were seen being shielded by the police to go carry out their disruptive activities against the peaceful protesters. When this was not yielding the result of stopping the protest, the Government, though have seemingly denied, on Teusday order the military to invade the Lekki Toll-Gate ground of the peaceful protesters in Lagos, where many people were wounded and several killed by the soldiers gun shots at the protesters, that is today referrs to as the Lekki Massacre and Black-Teusday. 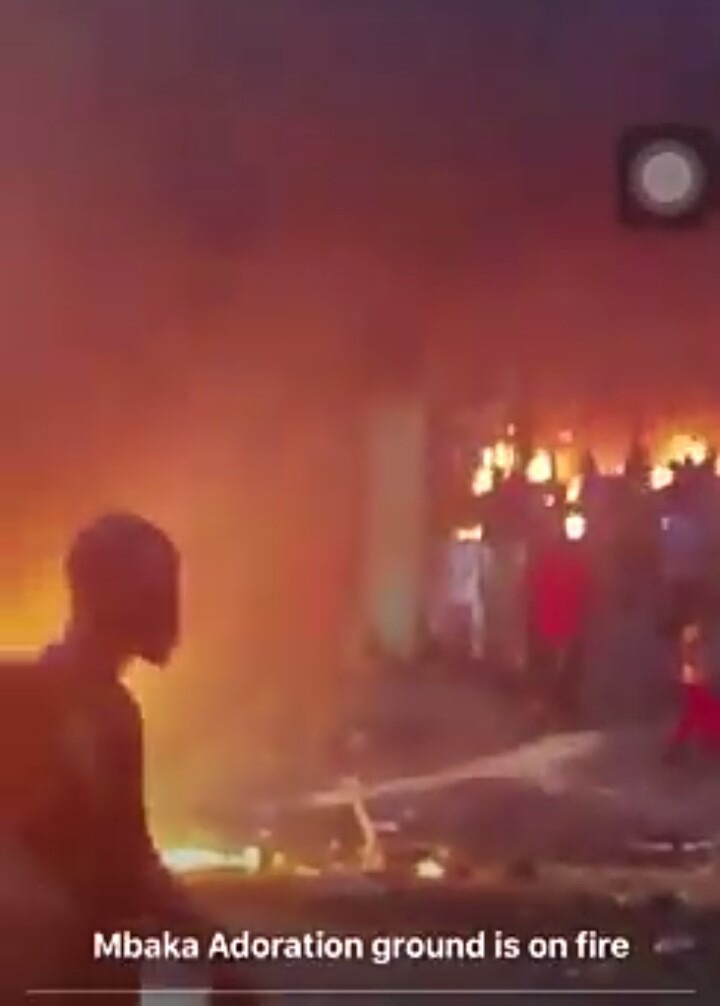 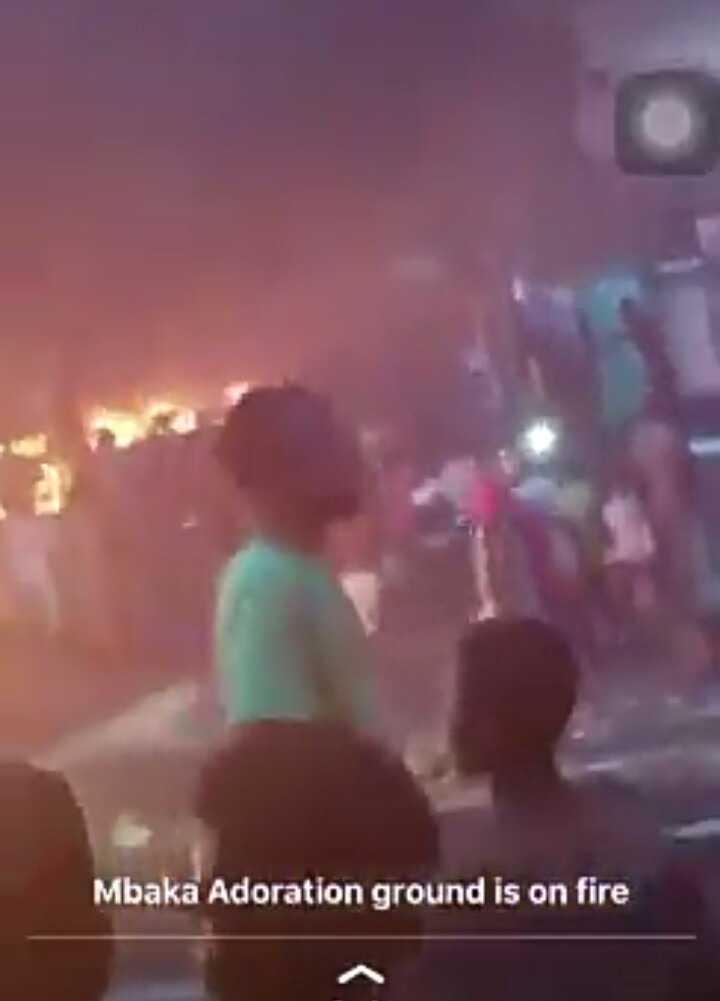 The circumstances within which this massacre occurred, angered many Nigerian youths across the country; some of who were not part of the initial protest. As condemnation kept rolling in, the police stations in areas where police had been so brutal towards the people, were being set ablaze in many states. Added to this houses belonging to Politicians, especially in Lagos, were being burnt down in, and Lagos government's warehouses, where the Covid-19 palliative were locked up were broken into and the wares looted by the public. The Oba of Lagos palace was not left out of this attack.

Also in Enugu, is was not a direct matter of endSARS protest, but the heat of endSARS protest, made Nnamdi Kanu from his residence abroad to instruct his IPOB followers to burn down some selected places in the South-East of the country. The outcome of this is what affected the Mbaka's adoration ground.

Actually, Rev. Mbaka got himself into a controversial standing with Nigerians, when he in 2015, campaigned for Buhari and said that Goodluck Jonathan was a plague and the problem of Nigeria; even when Nigeria's problem existed before he was born. Although his campaign cor Buhari had no significant effect on the outcome of the 2015 Election, as Jonathan won every state in the South-East, he however made himself an object of hate. Recently, while receiving Ganduje, the Governor of Kano, at the Adoration ground, Mbaka lamented about how the president Buhari has forgotten him; despite having made himself an enemy of the people by campaigning for him.

Truly, Buhari has severely excluded the South Eastern people from occupying sensittive position in his government, just as he has excluded every other regions except those regions within his domain. A practice that has made many to call him an "ethnic bigot". And Buhari has also designated IPOB as a terrorist movement, thereby making IPOB a prohibited group in Nigeria. So, the reason behind burning a worship center as the adoration ground is still a mystery. Even though Mbaka had campaign for Buhari, it is his choice to do so, to which he has the constitution right to excercise. The Government should therefore do due diligence to bring those involved in such destruction to book.

I can be reached at [email protected]

Content created and supplied by BabatExpressions.Opera News is a free to use platform and the views and opinions expressed herein are solely those of the author and do not represent, reflect or express the views of Opera News. Any/all written content and images displayed are provided by the blogger/author, appear herein as submitted by the blogger/author and are unedited by Opera News. Opera News does not consent to nor does it condone the posting of any content that violates the rights (including the copyrights) of any third party, nor content that may malign, inter alia, any religion, ethnic group, organization, gender, company, or individual. Opera News furthermore does not condone the use of our platform for the purposes encouraging/endorsing hate speech, violation of human rights and/or utterances of a defamatory nature. If the content contained herein violates any of your rights, including those of copyright, and/or violates any the above mentioned factors, you are requested to immediately notify us using via the following email address [email protected] and/or report the article using the available reporting functionality built into our Platform. Read more>>