Read why Kai Harvertz might turn out to be a generational talent for Chelsea. 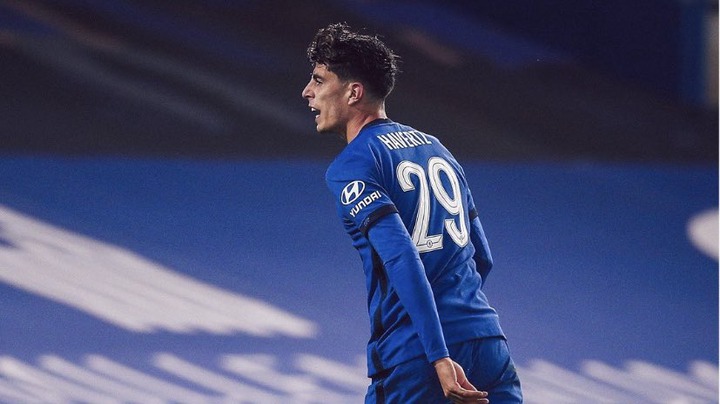 View pictures in App save up to 80% data. Since joining Chelsea, Kai Havertz has 5 goals and 5 assists in 13 games for club and country. He also has 34 goals + assists in 37 games this year, which puts him in the top 5 in Europe. He’s still just 21 years old. Incredible talent.

Kai Havertz has the potential to be as good as Lionel Messi & Cristiano Ronaldo, only time will tell but coming to the Premier League will make him a even better player. It took Ronaldo several years before he conquered the Premier League, just needs a bit of time. 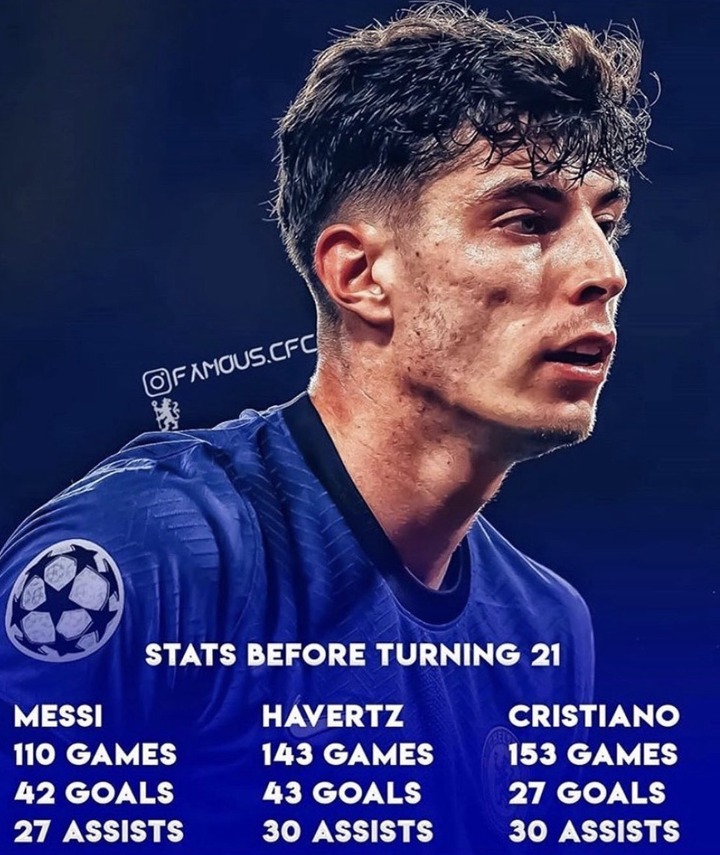 The subject of who deserves to be Chelsea penalty taker. Here are 6 players & their penalty stats, only Kai Havertz has a 100% record. 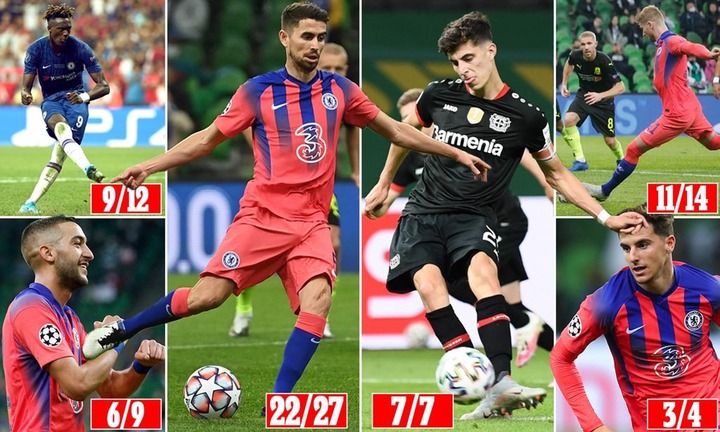 At the age of 20/21, mainly from midfield. A ridiculous talent.

View pictures in App save up to 80% data. Kai Havertz in the Bundesliga:

First half of the season:

Second half of the season:

Good things come to those who wait.

Content created and supplied by Zizzz.Opera News is a free to use platform and the views and opinions expressed herein are solely those of the author and do not represent, reflect or express the views of Opera News. Any/all written content and images displayed are provided by the blogger/author, appear herein as submitted by the blogger/author and are unedited by Opera News. Opera News does not consent to nor does it condone the posting of any content that violates the rights (including the copyrights) of any third party, nor content that may malign, inter alia, any religion, ethnic group, organization, gender, company, or individual. Opera News furthermore does not condone the use of our platform for the purposes encouraging/endorsing hate speech, violation of human rights and/or utterances of a defamatory nature. If the content contained herein violates any of your rights, including those of copyright, and/or violates any the above mentioned factors, you are requested to immediately notify us using via the following email address [email protected] and/or report the article using the available reporting functionality built into our Platform. Read more>>