Ramos tipped to complete EPL transfer move, but not to Tottenham. See the team he could join.

Real Madrid star Sergio Ramos have been tipped to make Premier league transfer happen, but has been urged not to join North London side Tottenham Hotspur. 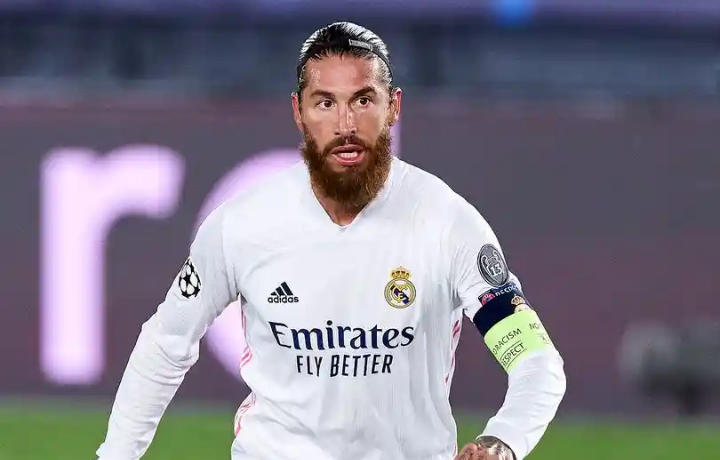 The Spanish star has been linked with a transfer move to the English Premier League lately and there are growing speculations that the deal could happen by the summer transfer window.

Some reports earlier this week had claimed that Tottenham are keeping close tabs on the centre-back, as his contract at the Bernabeu is poised to expire next summer.

Spurs manager Jose Mourinho have been looking to add a veteran Centre-back in his team and is keen to bring in the Madrid who he has once coached during his time as Real Madrid manager.

Jose Mourinho worked with Sergio Ramos during his stint in Spanish La Liga which ended in disgrace after three years of his services.

"There has been a lot of speculation about the future of Sergio Ramos, "With Ramos 34-years-old, they are probably fighting over a one year or two year contract.

"I'm sure if Ramos wanted to move to a club like [Manchester] United then it would work out well for him too. He's in great shape, he's still a world class defender and in my opinion there's still a lot of football left in him.

"I see him as a Real Madrid player, however, and I think player and club will find a solution and he will stay.

"I'll be surprised if he leaves, but if things don't work out then I'm sure a lot of clubs will be interested in him."

On the other hand, Madrid are trying to tie Ramos down with a new deal but we are yet to see it work.

Content created and supplied by Castano.Opera News is a free to use platform and the views and opinions expressed herein are solely those of the author and do not represent, reflect or express the views of Opera News. Any/all written content and images displayed are provided by the blogger/author, appear herein as submitted by the blogger/author and are unedited by Opera News. Opera News does not consent to nor does it condone the posting of any content that violates the rights (including the copyrights) of any third party, nor content that may malign, inter alia, any religion, ethnic group, organization, gender, company, or individual. Opera News furthermore does not condone the use of our platform for the purposes encouraging/endorsing hate speech, violation of human rights and/or utterances of a defamatory nature. If the content contained herein violates any of your rights, including those of copyright, and/or violates any the above mentioned factors, you are requested to immediately notify us using via the following email address [email protected] and/or report the article using the available reporting functionality built into our Platform. Read more>>