President Buhari Must Listen to our People, Otherwise Nigeria will be "on fire" - Governor Wike

Buhari must listen to our people, otherwise Nigeria will be "on fire" - Governor Wike Warns 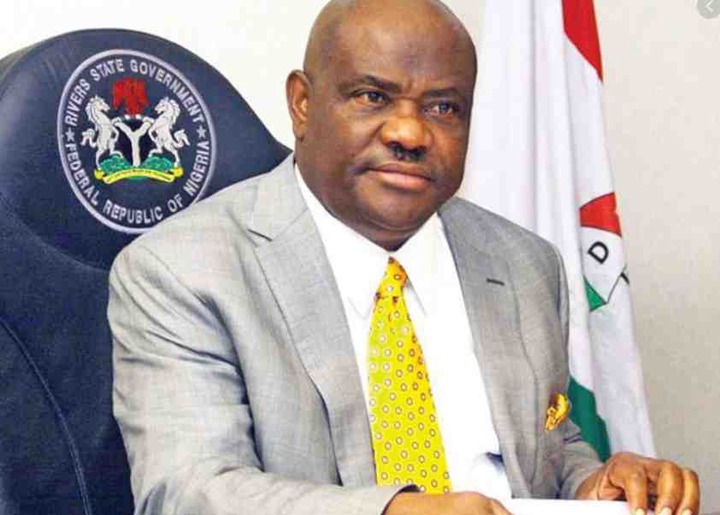 Nyesom Wike, Governor of Rivers State, has stated that President Muhammadu Buhari has a unique opportunity to meet the demands of his people or to "set the country on fire".

This comes just two days after the meeting of the governors and leaders of the South-South geopolitical zone with a delegation of the Federal Government led by Ibrahim Gambari, the President's Chief of Staff.

At the meeting, the South-South leaders deplored the underdevelopment of their region and called for Nigeria to be restructured according to the principle of true federalism. 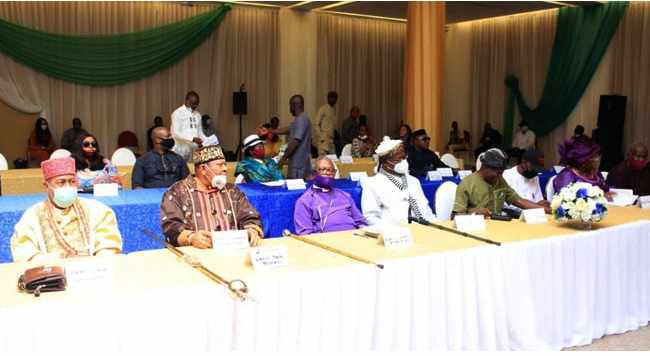 However, as a guest on Thursday's Sunrise Daily, a breakfast show on television stations, Governor Wike said: "We need to understand in this country that political leadership is very important", adding: "Having the political will to implement what the people want is very serious.

"I do not want to talk about the problem of mistrust or lack of trust in the government. People have raised such questions that they do not believe that anything will come of all this dialogue. I do not agree with that. I think that if the president does not do it, he will set Nigeria on fire, given the opportunities he has now.

During the meeting with representatives of the German government at Government House in Port Harcourt, the capital of Rivers, on Tuesday, Ifeanyi Okowa, President of the South-South Governors' Forum, speaking on behalf of the region, said that states must be given more control over resources to ensure the sustainable development of their populations.

"A true federalism, guided as in the first republic by the principle of derivation, income distribution and resource control by each state", he was quoted as saying.

"We are all aware of the enormous resources of this country. Therefore, it is important to stress that with a little effort, imagination, hard work, sacrifice and leadership, each state has the ability and opportunity to contribute to the treasury from today. This should be encouraged rather than the whole country being essentially dependent on one region of the country.

"What is even worse and more painful in this ugly situation is the deliberate lack of understanding, empathy and uncompromising attitude of some Nigerians who have refused to understand the challenges of the South-South region of the country, especially the deterioration of the environment and our waters.

The Governors also listed their demands, including a proposal to move the headquarters of the major oil companies and subsidiaries of the Nigeria National Petroleum Corporation (NNPC) from Lagos and Abuja to the South-South region.

"Okowa" also called for the immediate implementation of the consent ruling given in Supreme Court case SC/964/2016 to allow the South-South region to maintain its share of the $55 billion deficit in production-sharing contracts for offshore and inland basins", the statement said.

"The Governors also called for the reconstruction and rehabilitation of the region's main seaports at Port Harcourt, Calabar, Warri, to promote the economic development of the South-South region.

"They also called for the privatisation of the two refineries in Port Harcourt and one in Warri, which continued to bleed the country's resources in the name of maintenance".

"Concerned about the rottenness in the NDDC, the Governors noted that one of the major failures of the intervention agency is its refusal to forge and promote synergy, consultation and cooperation with the national governments, particularly in the selection of sites, development and implementation of projects.

They also cited the "major failures" of the Niger Delta Development Commission (NDDC), saying that the NDDC could no longer implement projects in any state in the region without consulting the governments, and added: "We have a court ruling that supports our position.

Gambari said in his commentary that the meeting was held at the President's behest after the #EndSARS crisis and praised the governors for their efforts. 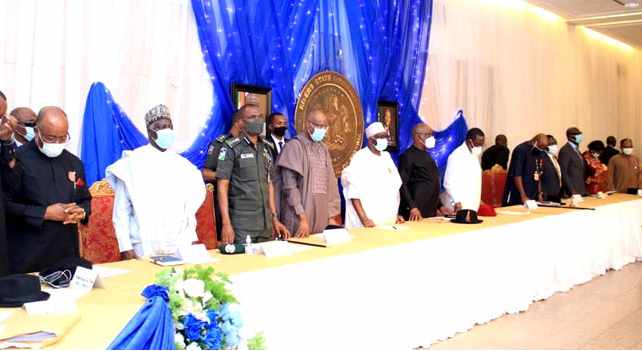 He said the current government is aware of and is making efforts to address the challenges in the region and promised to present the Governors' demands to the President.

Content created and supplied by FocusPoint.Opera News is a free to use platform and the views and opinions expressed herein are solely those of the author and do not represent, reflect or express the views of Opera News. Any/all written content and images displayed are provided by the blogger/author, appear herein as submitted by the blogger/author and are unedited by Opera News. Opera News does not consent to nor does it condone the posting of any content that violates the rights (including the copyrights) of any third party, nor content that may malign, inter alia, any religion, ethnic group, organization, gender, company, or individual. Opera News furthermore does not condone the use of our platform for the purposes encouraging/endorsing hate speech, violation of human rights and/or utterances of a defamatory nature. If the content contained herein violates any of your rights, including those of copyright, and/or violates any the above mentioned factors, you are requested to immediately notify us using via the following email address [email protected] and/or report the article using the available reporting functionality built into our Platform. Read more>>