Opinion: See One Main Reason Why Timo Werner Have Been Squandering Many Goal Scoring Opportunities

Timo Werner is a German professional footballer who plays as a striker for Premier League giants Chelsea and the German national team, he is known for his quick lightening speed, sensitivity and composure, finishing and off the ball movement.

Timo Werner is currently ranked among the top strikers in the world right now. He was bought by Chelsea from German side RB Leipzig in the summer transfer window for a fee close to £50 million. 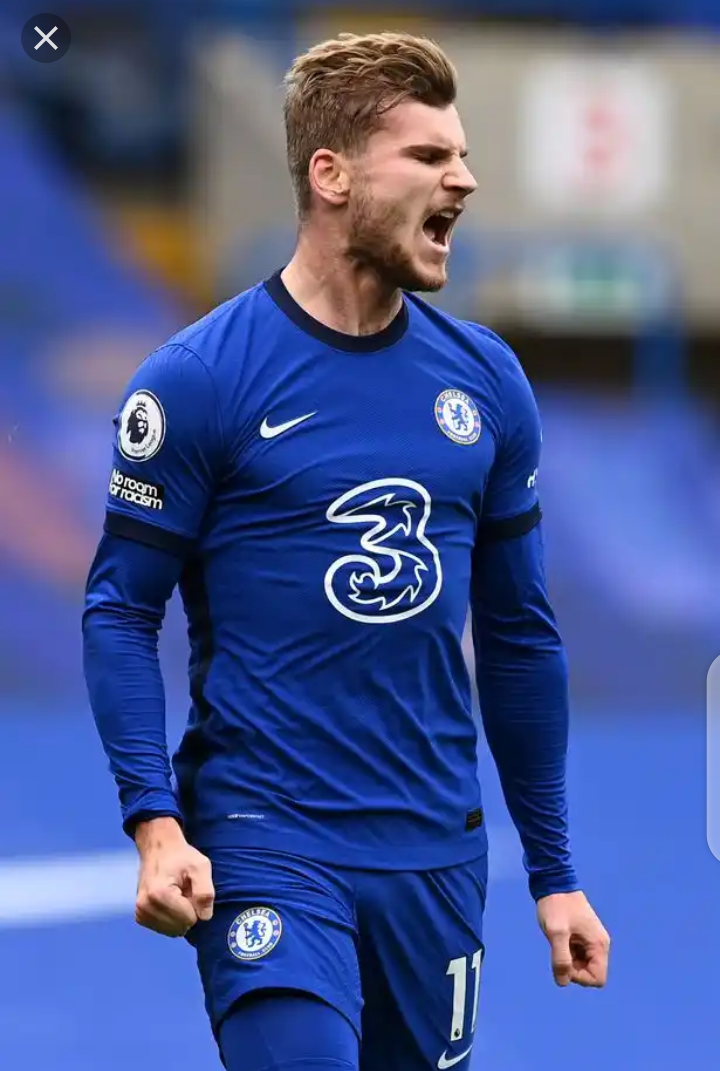 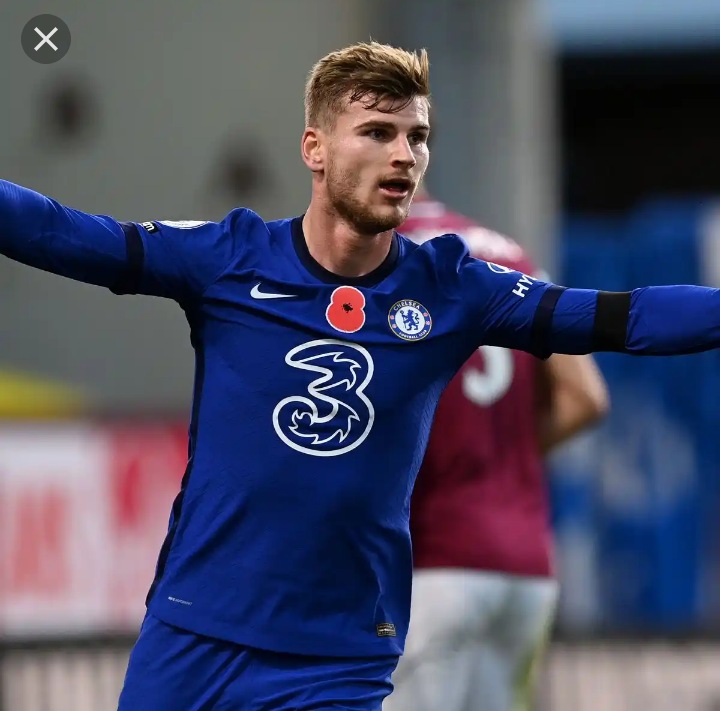 View pictures in App save up to 80% data. Recently Timo Werner has been finding it difficult to score and has squandered many goal scoring opportunities for Chelsea which would have probably made him the top scorer in the league by now, but he lacks finishing in the final third this season and that is not what he's known for. 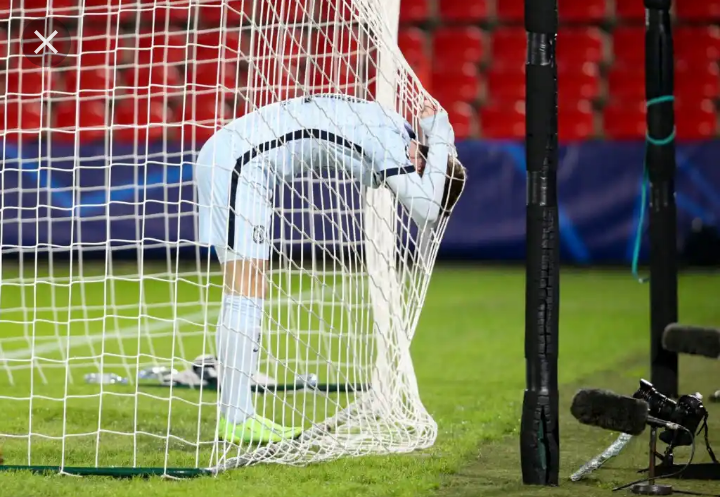 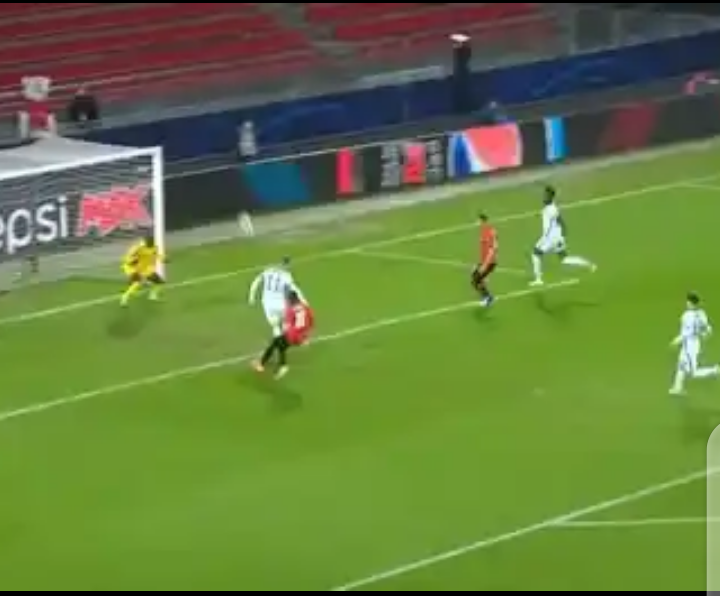 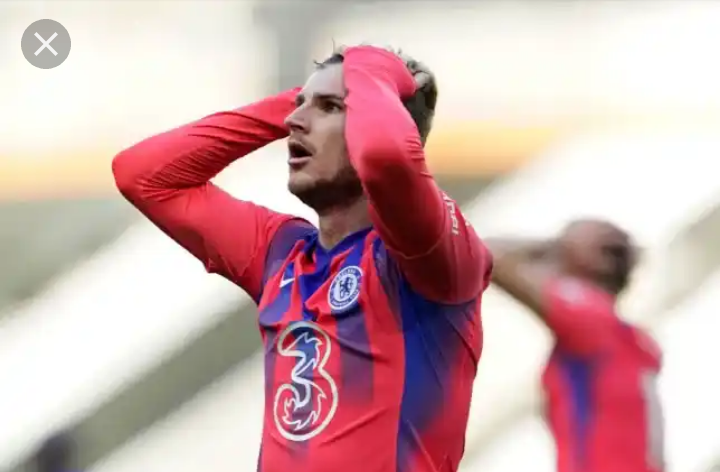 View pictures in App save up to 80% data. I have watched him play and I noticed one thing which is the main reason why Timo Werner has been missing clear goal scoring opportunities.

Like I said above Timo Werner is known for his quick lightning speed and that is the reason why he misses most of his goal scoring chances, he does not calm down to bury his chances at the final third.

Some rival fans are saying that he's goal conversion rate is declining meaning that he's going to flop at Chelsea, others are of opinion that it's match pressure that does not allow him bury his goal scoring chances.

Just like Pedro Rodriguez the player that Timo Werner inherited the number 11 jersey he is very quick and that has made him miss some glorious chances as he easily balloons the ball over the goal post with speed.

Pace of course is one of the main quality a player should possess which makes him run past his opponents swiftly but when in the final third, a tactical approach is required to convert the ball into the goal post.

Content created and supplied by FootballGIST101.Opera News is a free to use platform and the views and opinions expressed herein are solely those of the author and do not represent, reflect or express the views of Opera News. Any/all written content and images displayed are provided by the blogger/author, appear herein as submitted by the blogger/author and are unedited by Opera News. Opera News does not consent to nor does it condone the posting of any content that violates the rights (including the copyrights) of any third party, nor content that may malign, inter alia, any religion, ethnic group, organization, gender, company, or individual. Opera News furthermore does not condone the use of our platform for the purposes encouraging/endorsing hate speech, violation of human rights and/or utterances of a defamatory nature. If the content contained herein violates any of your rights, including those of copyright, and/or violates any the above mentioned factors, you are requested to immediately notify us using via the following email address [email protected] and/or report the article using the available reporting functionality built into our Platform. Read more>>