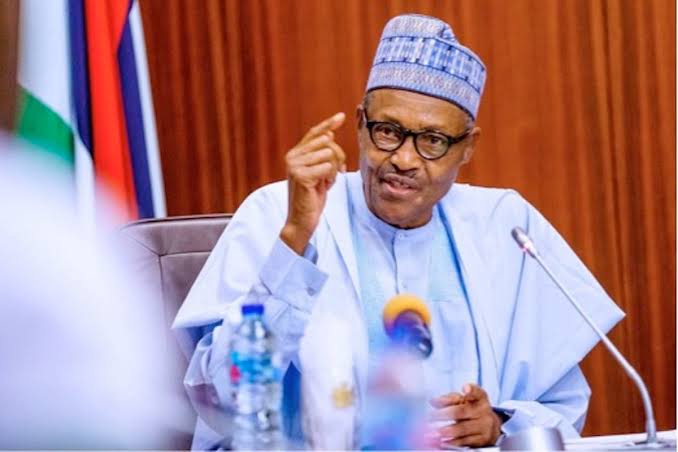 Many people have been talking about the fact that the president of Nigeria Mohammed buhari is dead since 2017 and that the person you're seeing here is an imposter, well I just want to clear the air on what is really going on and what you should know before you start making false accusation and spreading false rumours.

Secondly the president was always going for medical checks and treatment but what was his sickness what was his illness, before you say the illness killed him what really was the illness and since he was the president of Nigeria already it is priority one for his health to be 100% before he can continue in office.

They said that Aisha buhari made the statement that his husband was dead, they also said that the Queen of England Elizabeth confirmed that the president of Nigeria was dead, but where was these statements confirmed, which video can confirms this accusations and claims, which tweet can confirm these accusations and also where in the internet did an account verified by a social Media platform owned by these people confirm the information that we are spreading.

Before you start spreading information why don't you go to the root source and confirm this information are there any video or any to it or in a Facebook page post on Instagram account that is where you should confirm information before you spread it out, we should not let her fight for biafra cloud our judgement over things and saying that the president of Nigeria is dead why you are seeing him will not get him out of office.

If we must fight for biafra you must be ready to do things the right way which is dialogue must be ready to stand by the people and not by our selfish interest, be wise every government will still be like this because they are kebabs who are running the affairs of Nigeria and the people you might be seeing are just puppets.

what of if maybe bihari wanted to stop the lekki toll gate massacre but this car bows are threatening him with one information or the others just like you see the movies definitely that is what might be happening so we should not blame the people we are seeing and start spreading wrong informations.

I am saying this based on my opinion and I'm not making any valid claims.

Content created and supplied by samklassiq.Opera News is a free to use platform and the views and opinions expressed herein are solely those of the author and do not represent, reflect or express the views of Opera News. Any/all written content and images displayed are provided by the blogger/author, appear herein as submitted by the blogger/author and are unedited by Opera News. Opera News does not consent to nor does it condone the posting of any content that violates the rights (including the copyrights) of any third party, nor content that may malign, inter alia, any religion, ethnic group, organization, gender, company, or individual. Opera News furthermore does not condone the use of our platform for the purposes encouraging/endorsing hate speech, violation of human rights and/or utterances of a defamatory nature. If the content contained herein violates any of your rights, including those of copyright, and/or violates any the above mentioned factors, you are requested to immediately notify us using via the following email address [email protected] and/or report the article using the available reporting functionality built into our Platform. Read more>>