A good but heartbreaking news coming in from Akure, the Ondo State capital indicate that the court has discharged and acquitted an innocent man after spending five (5) years in prison. 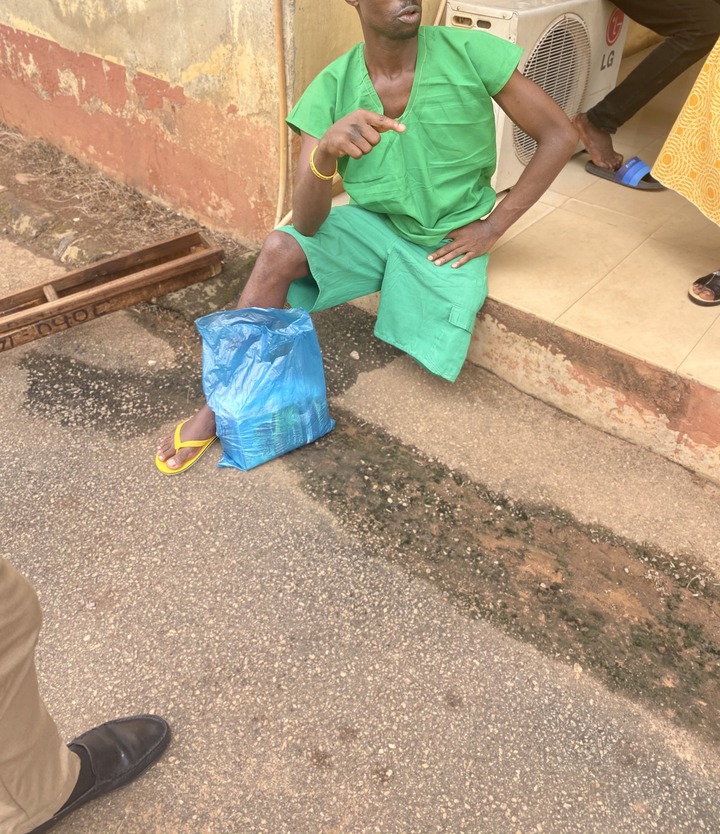 Now, the heartbreaking part of this report is that operatives of the disbanded Special Anti-Robbery Squad (SARS), shot him in the process of mistakenly arresting him and this led to his leg been amputated.

According to Oluyemi Fasipe, a Youth Advocate based in Ondo State — the innocent man was arrested alongside some kidnappers. 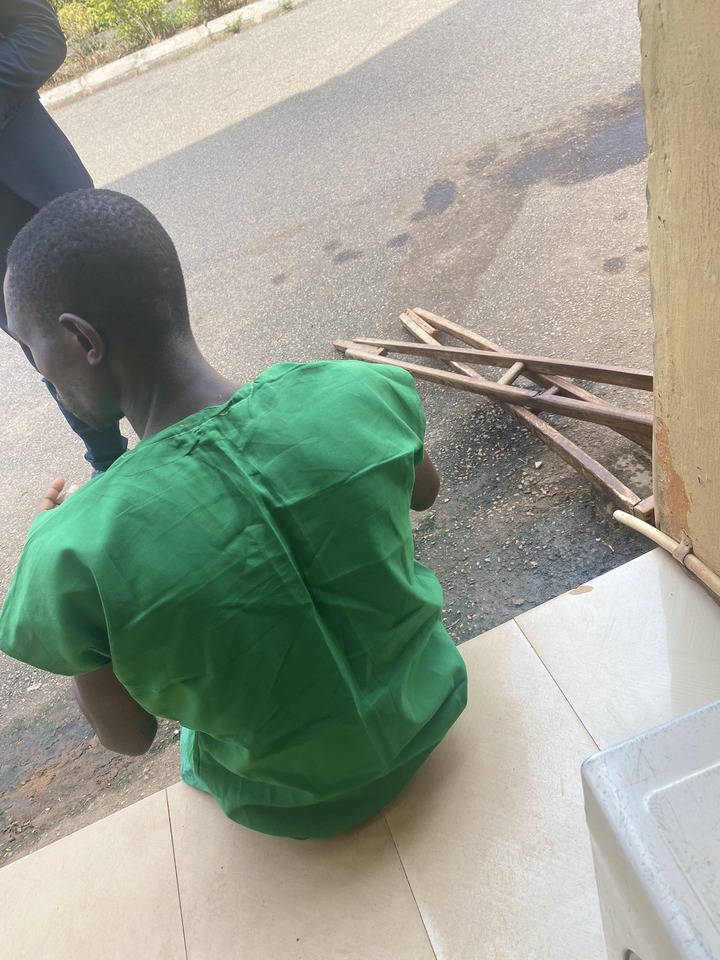 Fasipe wrote; “I saw this guy at the court now, he was discharged & acquitted after spending 5yrs in prison, he was mistakenly arrested alongside some kidnappers, he was shot by SARS during the arrest & had to be amputated.

“Imagine going through all these without committing any crime.” 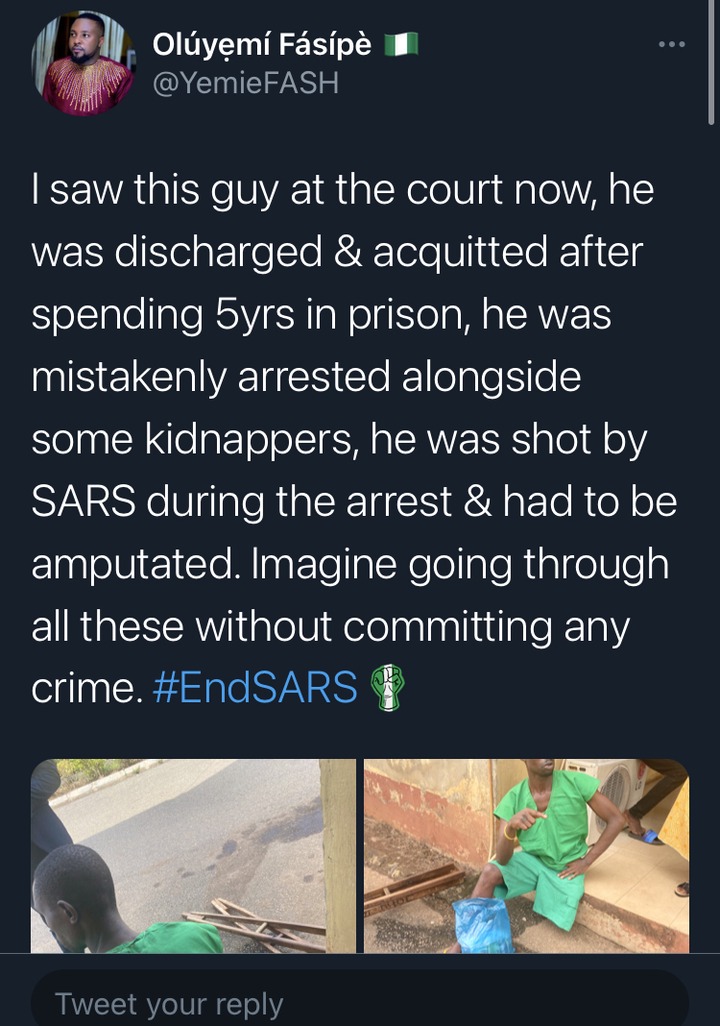 The youth advocate further revealed that he advised the freed man and his lawyer to seek redress at the Ondo State Panel of inquiry.

Content created and supplied by ComedyCentral.Opera News is a free to use platform and the views and opinions expressed herein are solely those of the author and do not represent, reflect or express the views of Opera News. Any/all written content and images displayed are provided by the blogger/author, appear herein as submitted by the blogger/author and are unedited by Opera News. Opera News does not consent to nor does it condone the posting of any content that violates the rights (including the copyrights) of any third party, nor content that may malign, inter alia, any religion, ethnic group, organization, gender, company, or individual. Opera News furthermore does not condone the use of our platform for the purposes encouraging/endorsing hate speech, violation of human rights and/or utterances of a defamatory nature. If the content contained herein violates any of your rights, including those of copyright, and/or violates any the above mentioned factors, you are requested to immediately notify us using via the following email address [email protected] and/or report the article using the available reporting functionality built into our Platform. Read more>>