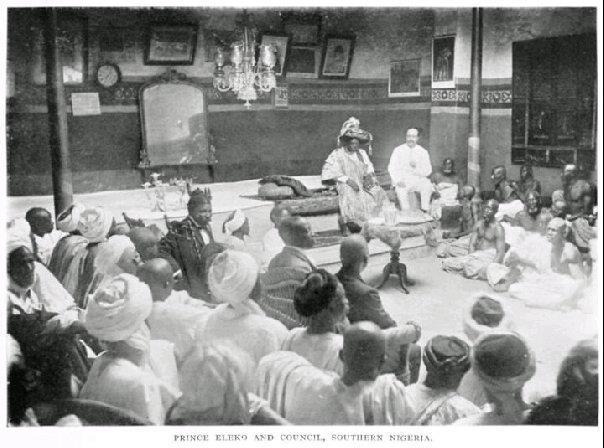 The outcome of the "Eleko Affair" led to the Eleko's deposition as Oba and deportation to Oyo between 1925 and 1931, years that some historians now call the "interregnum years", and that saw the reigns of Oba Ibikunle Akintoye and from 1925 to 1928 and Oba Sanusi Olusi from 1928 to 1931. 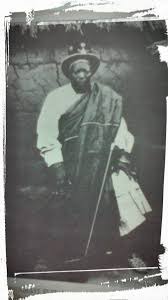 Eshugbayi Eleko, the validly appointed King of Lagos by custom had been deposed by the colonial government in 1925. Part of Eleko’s trouble with the colonial government began with the government’s proposed pipe borne water scheme, estimated to cost about ₤130,000 and the subsequent government proposal that Lagosians should pay the cost because it was for their health. Eleko’s objections were that they had not been informed earlier about this scheme, that it was the Europeans who wanted pipe borne water and should pay for it and that the Lagosians’ old well water was still good enough for them.

The press, which may be regarded as representing the vocal educated elite, opposed the water rate not because it objected to taxation, but on the American colonists principle of ‘No taxation without representation’. It said the people had not been consulted and therefore the government had no right to tax them. But despite protests, agitations and petitions from Eleko and other anti-government factions, the Iju waterworks was constructed.

Governor Egerton held out the bait of a town council in which they would participate, but they refused it. There they thought the matter ended, but Egerton suddenly published his House Assessment Ordinance, which, despite denials from the government, the people believed was a prelude towards imposing a water rate. Towards the end of 1908, a mass meeting was called. All the markets were closed, expatriate shops were looted, 15,000 people marched on State House, in response to the call from the Eleko’s bellman (town crier). Egerton was impressed by the traditional elite’s demonstration of

power; so also was the educated elite.

Eleko also fell out with the colonial government when he accepted the invitation from the Central Mosque to approve the appointment of Bashorun Balogun and others. The government believed that this was a purely muslim affair that should have been done in the Central Mosque with its blessings rather than with Eleko’s approval.

The government held on to this and used the opportunity to avenge itself for Eleko’s defiance over the water rate levy. It thus withdrew recognition and suspended the Eleko’s stipend. Instead of making life more difficult for Eleko as the colonial government had believed, so as to make him change his mind, the suspension made Eleko more popular. Market women flooded Eleko’s palace with foodstuff, while Chief Oluwa (an Idejo chief) and other members of the Ilu committee made sure that the Oba was financially and materially self sufficient.

This was a slap on the face of the colonial government. Seeing this, Yesufu Omo Oba led a pro-government group to the government asking for Eleko to be deposed, while the lawyer Egerton Shyngle led another faction which defended Eleko’s action in approving the Central Mosque appointment. As a result, Eleko was reinstated by Sir Hugh Clifford in 1919.

Finally, the controversial trip of Herbert Macaulay and Chief Amodu Tijani Oluwa to London over the Apapa land case and the statement made by Macaulay to the British press were to have significant effect on the Eleko affair. While in London, Macaulay gave a statement to the British press, saying that Eleko (whose grandfather had ceded Lagos to the British) was the head of seventeen million Nigerians and that Eleko was earning less than the lowest paid European gardener in Lagos, that the pension promised Eleko’s grandfather, Dosunmu, had never been paid, while the colonial government had neither rebuilt his Iga (palace) nor renovated it. This provoked serious reaction from the British government, as the British press played up the statement.

Meanwhile, the colonial government in Lagos was at Eleko’s throat over Macaulay’s statement in London. Eleko denied knowledge of the statement, but admitted giving his staff of office to Oluwa according to native customs. Although his press release of the denial appeared in the newspapers, the government would only be content if Eleko’s bell-ringers (town crier) went round with a denial written on behalf of Eleko by Henry Carr. Eleko bluntly refused. The colonial government reacted by withdrawing its recognition of Eleko as a native chief and stopping his stipend.

On June 10, 1925, nineteen princes (known to be pro-government) signed a letter demanding that Eleko should quit the palace within fourteen days. Their letter was signed by eleven literate princes, while the remaining eight affixed their thumbprints. Another letter was sent to Eleko on June 26 notifying him that Ibikunle Akitoye had been chosen to replace him.

The government sanctioned the deposition and ordered that Eshugbayi should leave Lagos. The Eleko did not comply with the order and on August 8th another order was made against the Eleko. He was thus arrested and exiled to Oyo. Sanusi Olusi was then appointed Oba by the Colonial Government.

Eshugbayi took his case to the Privy Council in London and he was assisted by Herbert Macaulay, who was hell-bent on remedying the damage done to the Eleko by a care free Governor-General.

On reviewing the customary laws of Lagos on the deposition of Eleko and the appointment of another oba, the Privy Council in London found rightly that British administrators in Lagos were beginning to act lawlessly. It stated that no validity could be given to a Lagos custom by the whimsical action of the Nigerian Governor-General of Lagos Colony, because, “it is the assent of a community that g.ives validity to a customary law”. Hence, the court said that the deposition of Eshugbayi Eleko was completely contrary to customary law. Mr Olusi was politely asked by the Lagos colonial authorities to leave Iga Idungaran soonest. This he did on Wednesday June 28, 1931.

After the privy Council directive of June 1928 in favour of Eleko, Herbert Macaulay’s “Lagos Daily News” published an article alleging that the colonial government was planning to plant gunpowder in the car that would bring Eleko back from Oyo, so that it could explode and kill him. For his publication, Macaulay was given six months imprisonment with hard labour, without option of a fine, while his co-owner of the paper, Dr Caulcrick, was fined £50 with the alternative of a month jail term.

Eshugbayi Eleko later resumed Obaship of Lagos in 1931 but sadly he died in 1932.