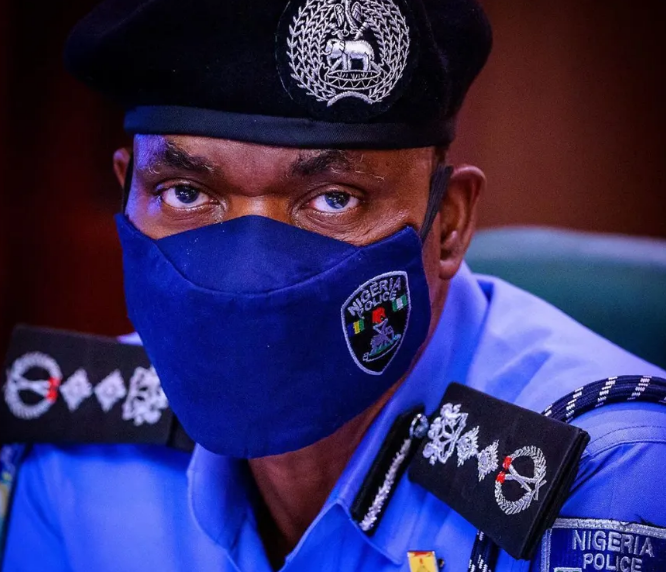 The Inspector-General of Police (IGP), Mohammed Adamu, yesterday, urged police officers of the Nigeria Police Force (NPF) not to shy away from performing their constitutional responsibilities in order not to put the society in trouble. 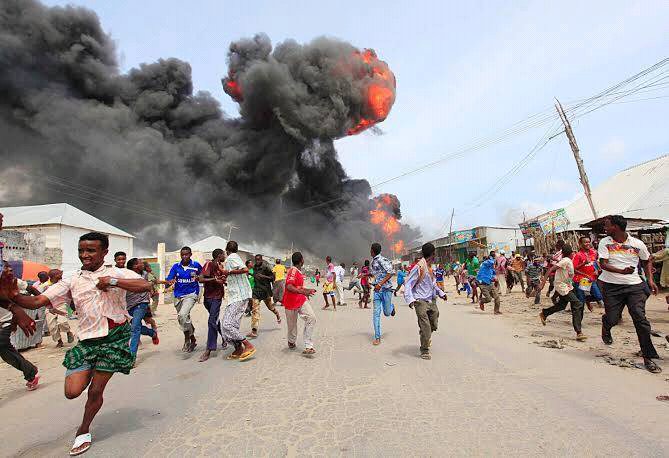 The IG urged the officers not to be demoralised by the attacks, saying that neglecting their constitutional duty of protecting life and property would let the criminals have a free day in perpetrating their heinous crime acts.

“No amount of insult, no amount of attacks should prevent you from performing your constitutional duty. We encourage you to go out and perform your duty the way you have been trained.

“You must follow the protocol and be civil in doing it. At the point of doing your job, be encouraged and if anything happens in the course of doing it, we will stand behind you but never shy away,” Adamu said.

The police chief, who reminded the officers that the fire-arms they were licensed to carry were not for decoration but to protect life and property of Nigerians, said: “They should be used when necessary.

“When your life is in danger and there is no other means of protecting yourself, you can use them.”Adamu informed the officers that President Muhammadu Buhari and the Governors’ Forum were behind them and they should not be demoralised and nobody would trample upon their rights. 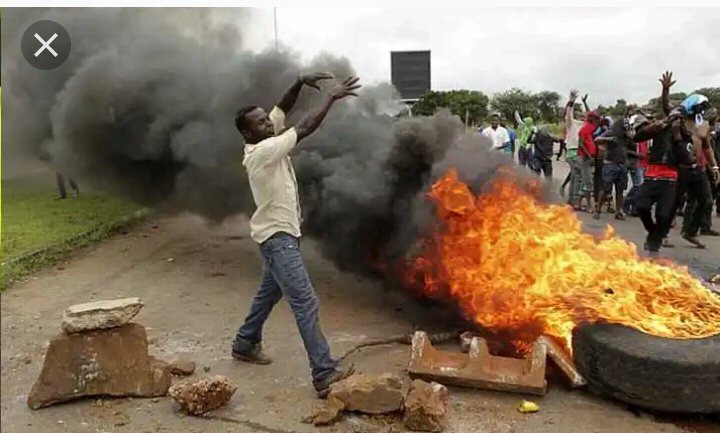 SOME gunmen have kidnapped the owner of a popular eatery in Aba, Abia State’s commercial centre.

The incident took place on the Enugu-Port Harcourt Expressway, The Nation learned.

The victim simply identified as Obinna was kidnapped about 8pm on Wednesday as he was about entering his compound.

A source said that his Toyota Venza SUV in which the hoodlums drove him away has been recovered by soldiers of 144 Battalion, who went after the kidnappers upon hearing of the attack.

Police sources said the kidnappers had not contacted the family of the victim at press time.

A resident said the abductors may have followed the fast food owner from where he attended a funeral service of songs at Ohabiam off Port Harcourt Road in the commercial city.

The source said the incident has thrown the man’s family into confusion.

“He is the owner of New Day Eatery along the Enugu-Port Harcourt Expressway and has given jobs to many youths. He is a jolly good fellow, an easy-going person who doesn’t want trouble,” the source said. 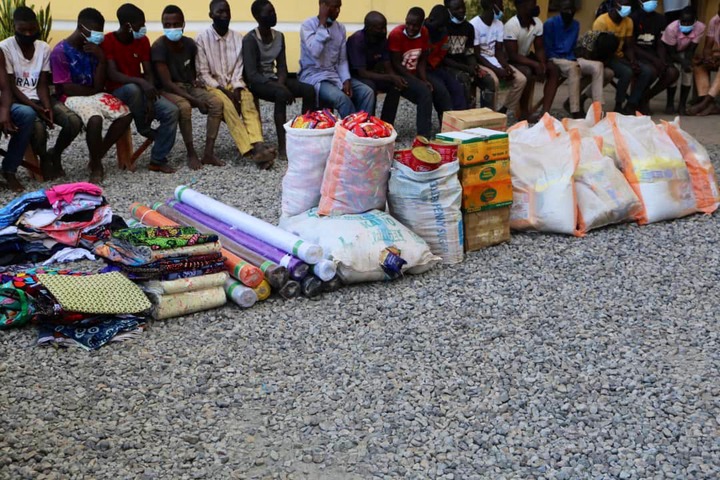 THE strike force of the Nigeria Customs Service, Zone B, has seized assorted contraband and counterfeit goods valued at N139.7 million.

The seizures were made in various border locations in the northern states of the country, officials said.

Deputy Controller-General in charge of Zone B, Kano/Jigawa Command, Olorukoba Ussaini Aliyu, said the intensified interception of smuggled and contraband items was as a result of increased unpatriotic activities of smugglers who are bent on sabotaging the nation’s economy.

Among the confiscated items displayed were 745 bags of parboiled foreign rice, two vehicles, 622 bales and three sacks of secondhand clothing, 564 kegs of vegetable oil, 258 cartons of tomatoes paste and 208 parcels of Cannabis Sativa.

THREE persons have been abducted by gunmen in the Kwali area of the Federal Capital Territory (FCT), the police command said on Thursday.

Nineteen persons were also rescued from the kidnappers, the command added.

Police spokesman Mariam Yusuf, in a statement, said concerted efforts were being made to rescue the three victims who were taken into the bordering forest by the kidnappers.

Yusuf said the operation was conducted by a joint team of police operatives from the command who responded promptly and engaged the heavily armed hoodlums in a gun duel.

L“In a swift response to a distress call, the FCT Police Command rescued 19 persons from being kidnapped on Pei-leilei Road along Kwali axis on Wednesday, 25th November, 2020.

“The successful rescue operation was conducted by a joint team of Police operatives from the Command who responded promptly to the occasion and engaged the heavily armed hoodlums in a fierce gun duel,” the statement said. 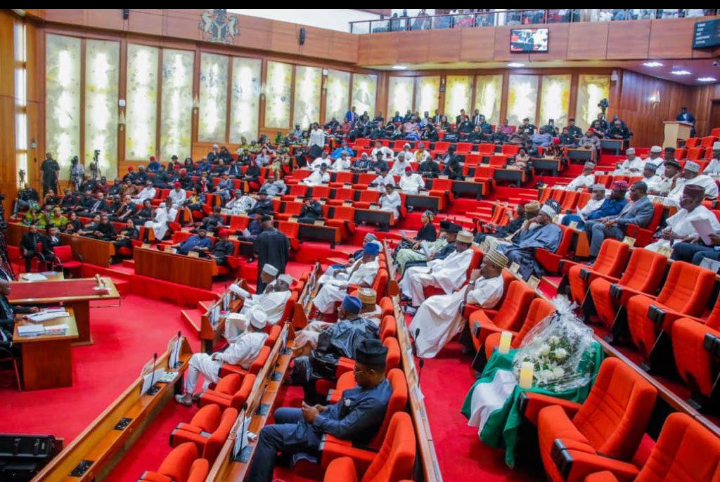 The Chairman, Senate Committee on Health, Dr Ibrahim Oloriegbe, says the senate has passed a bill that will make health insurance mandatory for all Nigerians.

Oloriegbe disclosed this at the inauguration of Group Individual and Family Social Health Insurance Programme (GIFSHIP) on Thursday in Abuja.

“The NHIA will be authority that will cover all schemes and everything will be brought together. The most important aspect of it is to make health insurance mandatory for all Nigerians,’’ he said.

The chairman said the e-NHIS framework had been approved by the Federal Executive Council (FEC) and would soon be deployed.

He explained that the National Assembly had been supporting NHIS by appropriating the needed funds for its implementation.

“Without funds for it, it cannot work, when we considered the NHIS 2020 budget, we fully made provision for achievement of the e-NHIS; N1.5 billion was provided for that,’’ he said.

In addition, Oloriegbe said the senate had been working with the Federal Ministry of Health to improve health coverage by giving the Basic Health Care Provision Fund (BHCPF) effective implementation.

“We have reviewed the manual for BHCPF in collaboration with stakeholders to make the fund more beneficial to Nigerians.

“Also, the inauguration of GIFSHIP is important to us. What we are doing today is very critical to the attainment of the objectives of GIFSHIP because we represent people.

“We will start, all of us in leadership of five health committees in the national assembly will register our constituencies,” he said.

In his remarks, Dr Niyi Oginni, the Chairman, Forum of CEOs, State Health Insurance Agencies in Nigeria, said the states had been restructured to achieve the Universal Health Coverage (UHC).

“For many years, Nigeria has struggled to achieve UHC and this necessitated the establishment of state health insurance agencies.

“The agencies have a comprehensive health insurance package including GIFSHIP,’’ he said.

Oginni said one of the challenges of the scheme was the electronic aspect of it, seeking for collaboration with NHIS to upgrade its operations electronically.

He, however, expressed worry over the news of a state that had announced to cut the salary of its workers by 50 per cent, saying “it will affect contributions to the health scheme.’’

Content created and supplied by Pinkynewsblog.Opera News is a free to use platform and the views and opinions expressed herein are solely those of the author and do not represent, reflect or express the views of Opera News. Any/all written content and images displayed are provided by the blogger/author, appear herein as submitted by the blogger/author and are unedited by Opera News. Opera News does not consent to nor does it condone the posting of any content that violates the rights (including the copyrights) of any third party, nor content that may malign, inter alia, any religion, ethnic group, organization, gender, company, or individual. Opera News furthermore does not condone the use of our platform for the purposes encouraging/endorsing hate speech, violation of human rights and/or utterances of a defamatory nature. If the content contained herein violates any of your rights, including those of copyright, and/or violates any the above mentioned factors, you are requested to immediately notify us using via the following email address [email protected] and/or report the article using the available reporting functionality built into our Platform. Read more>>