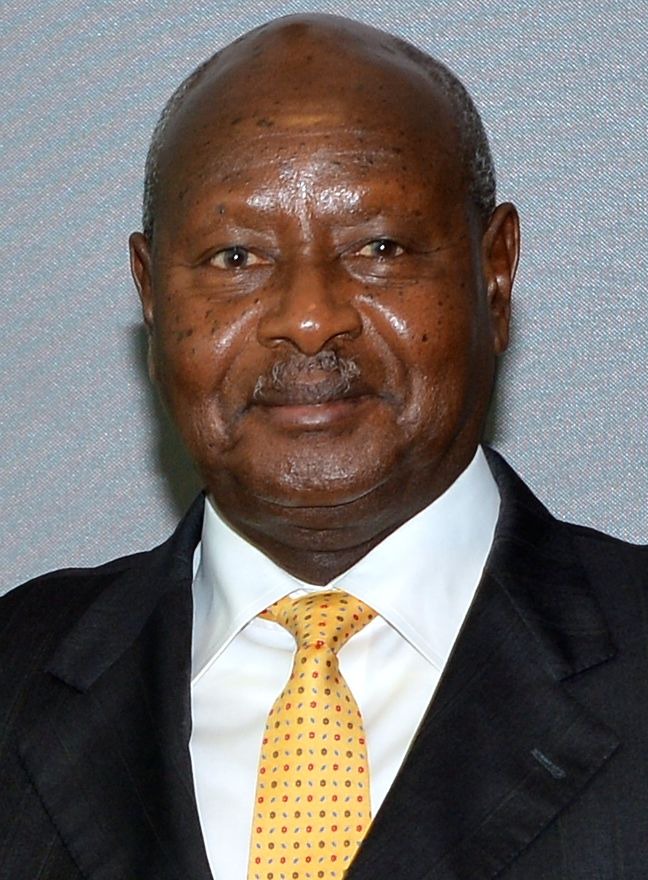 The protests turned chaotic as the police aganged (NUP) supporters in a running battle firing tear gas and rubber bullets at the protesters who demanded the release of Bobi Wine.

According to CNN atleast 45 people lost their lives in the protests. Bobi Wine was later on Friday released on a Ush1 million bail, ending three days of tension in Kampala.

However, a tweet is doing rounds on social media alleging that President Museveni Ordered his son aged 34, Major General Muhoozi Kainerugaba to take care of the protests. In the tweet he calls the NUP Supporters Hooligans and promises to Kill more if they don't stop. 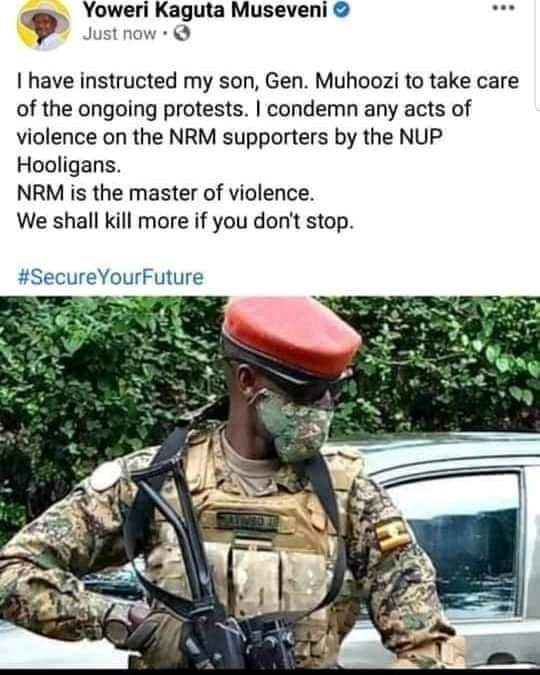 According to the source the Tweet was again deleted immediately before it could get to many, but few eagle eyed individuals managed to get a grasp of it. 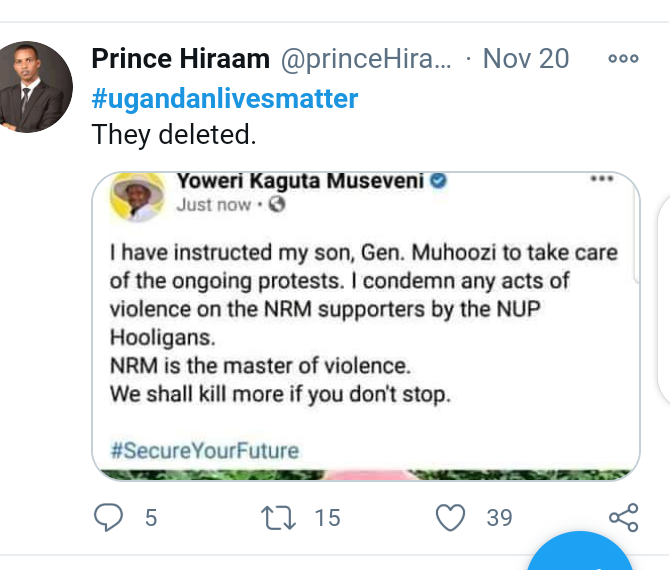 If indeed the Alleged Tweet is for president Museveni, He might end up being earmarked by the international communities for crime against Humanity.

Content created and supplied by @wasike90.Opera News is a free to use platform and the views and opinions expressed herein are solely those of the author and do not represent, reflect or express the views of Opera News. Any/all written content and images displayed are provided by the blogger/author, appear herein as submitted by the blogger/author and are unedited by Opera News. Opera News does not consent to nor does it condone the posting of any content that violates the rights (including the copyrights) of any third party, nor content that may malign, inter alia, any religion, ethnic group, organization, gender, company, or individual. Opera News furthermore does not condone the use of our platform for the purposes encouraging/endorsing hate speech, violation of human rights and/or utterances of a defamatory nature. If the content contained herein violates any of your rights, including those of copyright, and/or violates any the above mentioned factors, you are requested to immediately notify us using via the following email address [email protected] and/or report the article using the available reporting functionality built into our Platform. Read more>>